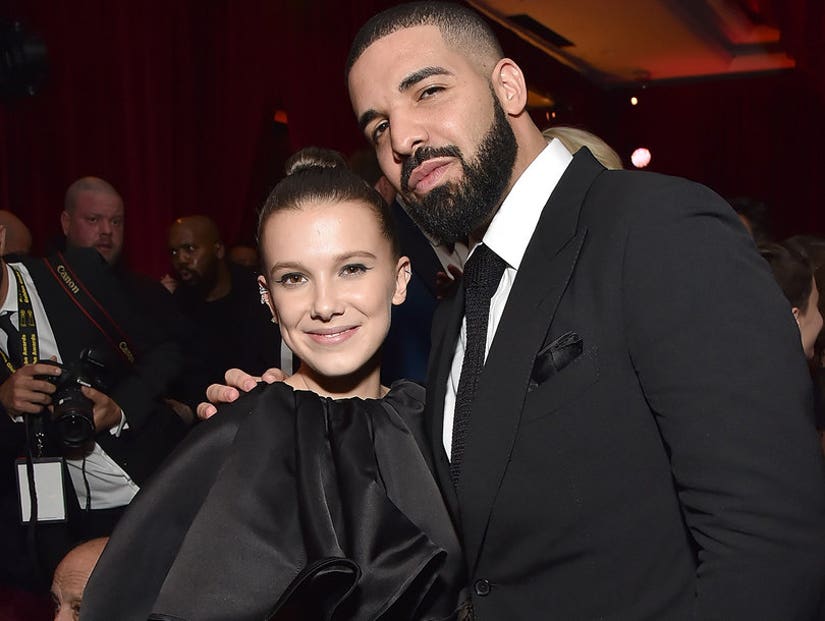 The 14-year-old actress defends her text chain with the 31-year-old rapper.

"Stranger Things" star Millie Bobby Brown called out everyone criticizing her friendship with Drake over their 17 year age difference.

The 14-year-old star revealed to Access Hollywood she and the rapper, 31, exchange loving messages over text and that the rapper even gives her advice about boys. Comments on the YouTube page for the interview are filled with people comparing Drake to R. Kelly and saying he's "grooming" the young actress, as websites called the relationship "weird" and questioned whether it was "appropriate." 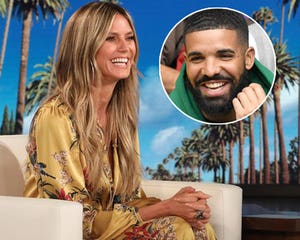 Clearly the comments got back to Brown, who turned to her Instagram stories on Thursday to shut down their critics.

"Why u gotta make a lovey friendship ur headline? U guys are weird... for real," she wrote in a note. "I'm lucky to have people in the business extend their time to help me further my career and offer their wisdom and guidance."

"I'm very blessed to have amazing people in my life. U don't get to choose that for me," she continued. "It's nice to have people who understand what I do. Now get back to talking about real problems in this world other than my friendships... jeez."

Drake hasn't said anything about the backlash. 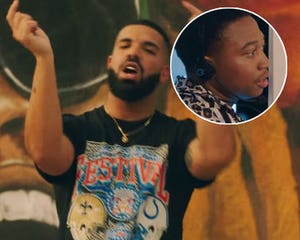 Brown made the comments while on the red carpet at the Emmy Awards on Monday night.

After being asked what kind of advice about boys he gives, she replied, "That stays in the text messages."