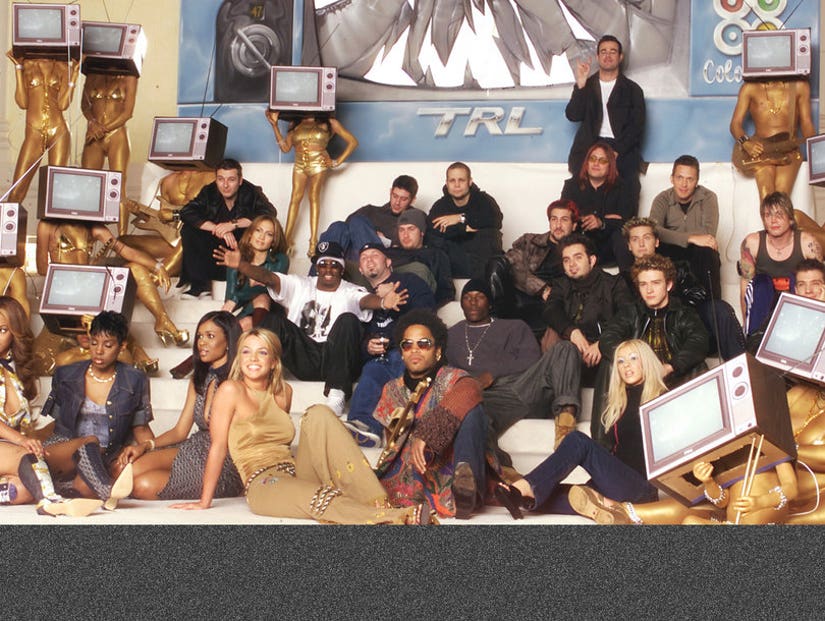 The Goo Goo Dolls frontman recalls the "chaotic" set of the incredible shoot.

Editor's Note: This article was originally posted in 2018, but re-upped in celebration of the shoot's 20th anniversary in 2020. Original story below.

There was one epic meeting of the minds in 2000, as "Total Request Live" and photographer David LaChapelle staged one helluva photoshoot with the biggest names in music at the time.

Dubbed the "TRL Class of 1999" photo, the shoot was held the weekend before the Grammys, with behind-the-scenes video from the shoot becoming a thing of legend (below). Justin Timberlake and the rest of NSYNC geeked out over sharing the same air as Jennifer Lopez, Fred Durst tried flirting with Christina Aguilera and Britney Spears mingled with Lenny Kravitz.

TooFab caught up with Johnny Rzeznik of the Goo Goo Dolls ahead of the band's 20th anniversary tour for "Dizzy Up the Girl," where we just had to ask about his memories from what was surely one of the wildest photoshoots they'd ever done.

"The one thing that struck me when I saw that picture was how young Justin Timberlake looked," he said, having just seen the image again for the first time in years. "Holy smokes look at that guy. He looks like 12 in that picture!"

Taking part in the shoot -- a charity fundraiser -- was definitely outside of the band's comfort zone at the time. Just five months earlier, the Goo Goo Dolls had released "Dizzy Up the Girl," the album including hits like "Iris" and "Slide" that shot them to superstardom. 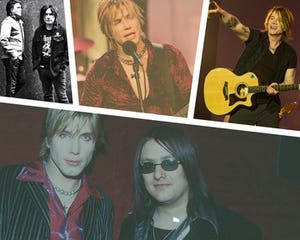 "I always felt like it was a neighborhood that we were just kind of walking through. That we were never going to be allowed to move in," he said of being part of the "TRL" world at the time. "We had fun hanging out there that's for sure."

"I remember David LaChapelle, the photographer, and all of these people painted gold, dressed up with televisions on their head and he's blasting music and he's screaming at everybody through a bullhorn and everybody was screaming back at him, 'We can't hear you. What do you want? We can't hear you!'"

"It was a lot of fun. It was a big party," Rzeznik recalled. "It was loud, chaotic, and it was like, "Wow look at all of the famous people here.' I get nervous around famous people." 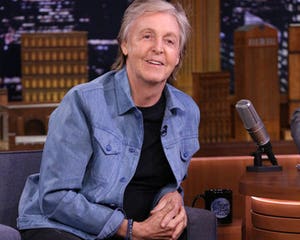 The famous person who made the longest lasting impression: Beyonce.

"I remember her walking down a flight of stairs in that photoshoot and then looking at me and saying, 'Hi, Goo Goo Doll' and I was like 'uh-uh-uh-uh,'" he said with a laugh. "I could not speak, I'm not kidding, man. I was just like shellshocked by her."

The Dizzy Up The Girl 20th Anniversary Tour kicks off September 30 in Phoenix, Arizona -- for info on tickets visit GooGooDolls.com!