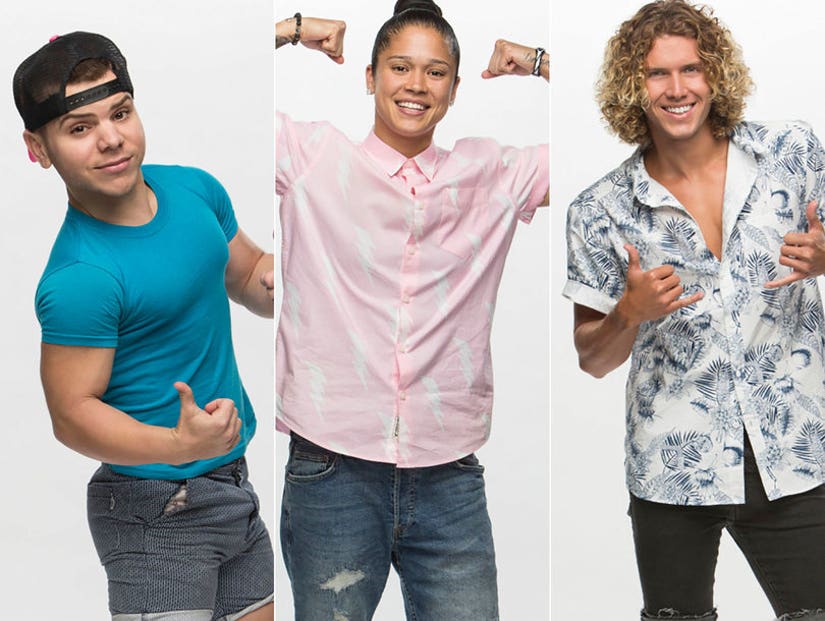 It all came down to JC, Kaycee and Tyler, one final HOH competition and a decision that could cost someone nearly half-a-million dollars.

Well that was a wild finale night on "Big Brother," and it truly was anyone's game as to who would win out of the Final Three. But no one saw that proposal coming!

As always former winner Dr. Will Kirby was on hand to chat with the jurors to get a sense of how they were feeling about the Top Three, and even this conversation did little to make it clear which way they would go. Everyone respected Tyler's masterminding of the whole game and the big moves he had to make, but it was a dirty game. 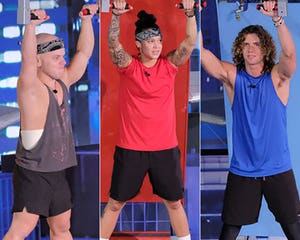 'Big Brother' Blowout: As Final HOH Competition Begins, Who Has the Best Shot of Winning It All?

Everyone appreciated JC's behind-the-scenes sneakiness, and the fact that he made it this far with only one competition win, but it also sounded like that lack of comp wins was going to hurt him. Kaycee, on the other hand, was the competition beast, but she never used any of her five Vetos.

Haleigh argued that she had no reason to as her alliance was in power and she was just securing their wishes in those moments. All three finalists played vastly different games and all of them were wildly successful. JC, who actually had no loyal alliance at all as it turned out, needed a key victory to make Final Three, and he got it.

But, Final Three isn't enough to even fight for the half-million dollar prize. 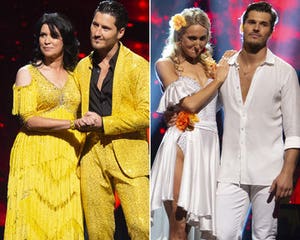 'Dancing with the Stars' 5th Judge: Meet the Cast of 'DWTS: Juniors' Before Season's First Elimination

You don't need to win at all to come out a winner, though, as two former Houseguests revealed when they shocked everyone in attendance with a surprise wedding proposal. There were three showmances this season, with Tyler and Angela spending nearly the entire summer together. The same goes for Haleigh and Faysal, who got to continue their romance in the jury house after their eviction.

But for Bayleigh and Swaggy C, they were separated after only 27 days and haven't seen each other since, as she made jury and he didn't. But Swaggy spent much of the summer with her family, celebrating her parents' wedding anniversary and even golfing with her dad every weekend. Swaggy is serious!

But we had no idea how serious he was when he stood up and actually proposed to her right there in front of everyone. They spent less than a month together. It's been 99 days since they met. It didn't matter. And with the track record of success that "Big Brother" has in forging relationships, we wouldn't be surprised if this one defies the odds and lasts. 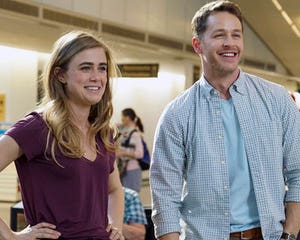 But there was still a game to play and a winner to crown.

The three-part HOH competition shocked everyone watching by concluding with a completely different game. There were no "Scales of Just-Us." Instead, it all wrapped up with fake podcasts that either were truthful about jury members' experiences in the house, or filled with lies.

After agreeing to throw the first round to Kaycee, Tyler reconsidered and hung on. Kaycee pleaded with him to drop and honor their deal, but ultimately outlasted her. Did this destroy their final-two deal? Well, that was quickly put to the test after Kaycee beat JC in Part 2 ... but we have a beef with this competition.

Kaycee beat JC by 39 seconds, and we feel pretty confident JC spent more than that swinging from that harness trying to get back down from that wall. The fact that Kaycee probably weighs more than him seemed to make a huge difference in their descent times, and as much as they went up and down that wall, it's easy to imagine it cost JC 39 seconds.

Nevertheless, it was a heartbreaking finish for JC, as despite production again trying to trick us into thinking Kaycee would be anything but totally loyal to her deals and her alliances we all knew she was going to take Tyler to the Final Two. And then poor JC got screwed again when he didn't even get a say in any of the questions the jury asked the finalists. 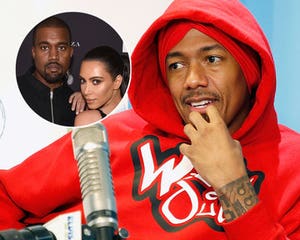 This vote was a lot closer than we expected. Tyler and Kaycee each tried to plead their case and Tyler again tried to hammer home how cool it was that he got that Power App and never had to use it. Clearly, he thought this was a huge element in his game, but it really wasn't, dude.

Finally, he started getting into specifics, like how he set Bayleigh up to backdoor Scottie and some of the other deceptive moves he made to control the votes. Finally, we were getting to the nitty-gritty of how someone makes it to the finals of "Big Brother."

Kaycee, on the other hand, kept her plea almost entirely focused on the fact that she prioritized her social game, treated everyone like actual human beings and genuinely cared about their feelings whether they were in her alliance or not. And she did; we saw it over and over again in the house.

But that's not going to win "Big Brother." But finally, after saying that she'd forgotten what she wanted to argue, Kaycee brought up the fact that she'd played an honest and loyal game. Again, this is true and almost unheard of in "Big Brother." She never made a promise she couldn't keep. At worst, she didn't reveal things she knew, or told someone they were good when they weren't. But it's still a world away from how Tyler played. 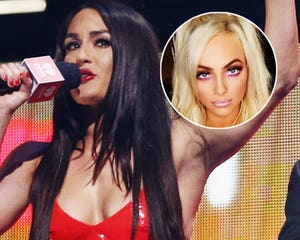 And there it was, which strategy do you respect more? Tyler made nonstop aggressive gameplay moves, but he lied to and played almost everyone in that house at one point or another. He betrayed everyone in the jury. Kaycee played a quieter game with more integrity and when her social game had taken her as far as it could, she started lighting up competitions.

It was a toss up, and it was a much closer victory than we anticipated.

As Julie Chen Moonves -- yes, she's still at it -- read off the votes, it looked like Tyler was going to run away with it. He scored all of the Level 6 votes, as well as JC and Haleigh. Of the last people evicted, only Sam voted for Kaycee, but she felt personally betrayed by Tyler.

But then, the tide turned and Kaycee swept the votes of the first four people evicted. They were done dirty by Level 6, but none of them felt she had done them dirty. And that cleaner game scored her a cool $500,000.

We're not going to lie, we were concerned she'd made a $450,000 mistake in choosing to take Tyler over JC, but once she touted her loyalty (and proved it with Tyler sitting next to her), it all made sense. It was a gamble and it was a very close vote.

Tyler now gets to join Paul in the world of people who played brilliantly, but also dirty, and got shafted by the jury for their trouble. 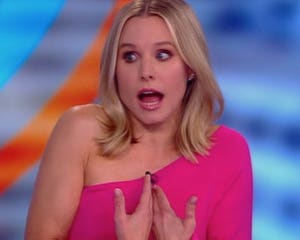 "I told Kaycee I would throw the first part of the H.O.H. [competition] to her, but I need to decide if it's best for my game to be throwing anything right now." --Tyler

"I'm about to f--king fall right now." --Kayce (after JC falls, trying to get Tyler to honor their deal)

"I'm thinking that I just need to hang on because I want to win this thing, go straight to part three and have my fate in my own hands." --Tyler (deciding not to honor his deal with Kaycee)

"I have notes that I left myself that say 'Win Big Brother.'" --Tyler

"I am literally thinking that Sam is in the Have-Not Room making some arts and crafts." --Kaycee (forgetting Sam had been evicted during Part 2 of HOH competition)

"Wow, that was seconds." --JC (after losing Part 2 of HOH competition by less than a minute)

"I think Kaycee played the best game socially. And she won 5 Vetos, 1 Hacker, 1 HOH." --Haleigh"And what did she do with those five Vetos?" --Dr. Will"Nothing." --Haleigh"She never used one of them." --Angela

"Maybe [Kaycee's] big move was stringing you along, making you take all the hits and then voting your ass out." --Bayleigh (to Angela)

"He couldn't even secure his own safety and he made it that far. That's impressive." --Bretty (on JC)

"Some of the best 'Big Brother' players were evil people. Yeah, he left a sour taste in my mouth, but we can't stop talking about Tyler." --Bayleigh

"I really appreciate what you did right there. That actually means a lot to me, you telling me and not blindsiding me." --JC (clearly Kaycee told him she was going to evict him)

"If you go with [Tyler], you're both really good competitors. Angela is already out there probably campaigning for him. So you know you're at a little more risk going with him." --JC (pleading with Kaycee to take him to Final 2)

"Day 1, Kaycee and I coast-to-coast we've been together. We made this thing. And we made it. All it takes is you to finalize it." --Tyler

"I forgot what I was going to say ... uh ... At the end of the day I played a very loyal game. I did not make any promises that I could not keep." --Kaycee (final plea)

"Sitting at home and watching you tell millions of people around the world that you love me made me realize that girlfriend wasn't enough. --Swaggy (proposing to Bayleigh) 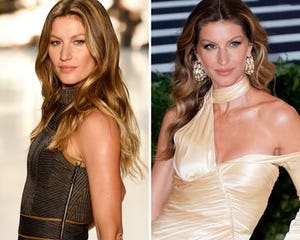 Julie kept saying that people said this was the best season of "Big Brother" we've seen in a long time. In some regards it was, because it was such an impressively dominant performance by Level 6 throughout. But it was also a disastrous performance by anyone outside of Level 6, making their dominance that much easier.

Plus, when you have one group basically running the table all summer long, it can get boring at times. I think in hindsight, this will go down as one of the best seasons we've seen in years, but the actual watching of it got dull at times, which is why production had to trump up drama like we didn't all know exactly how every vote was going to go.

"Celebrity Big Brother" returns over the winter, and Season 21 of "Big Brother" is set for next season. If we're not in the house battling it out ourselves, we'll be right back here with you. 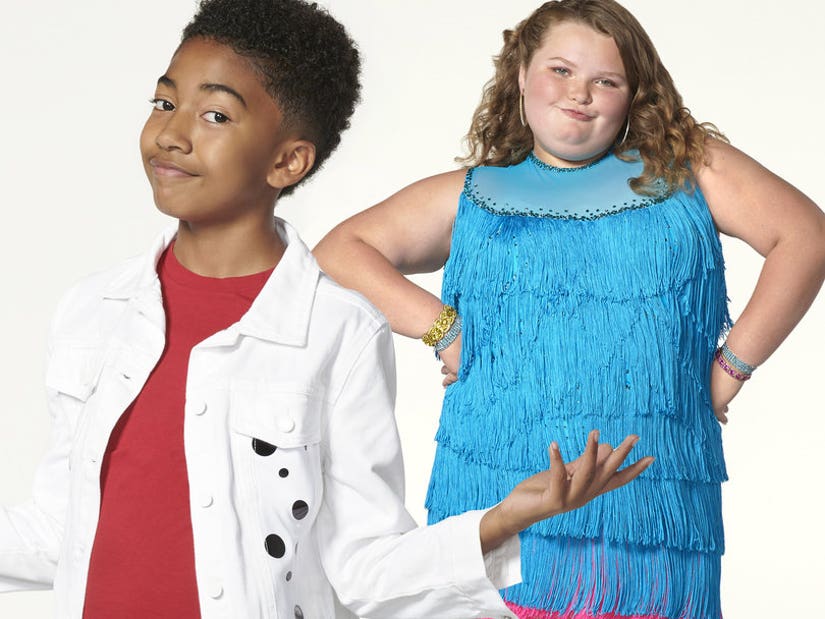