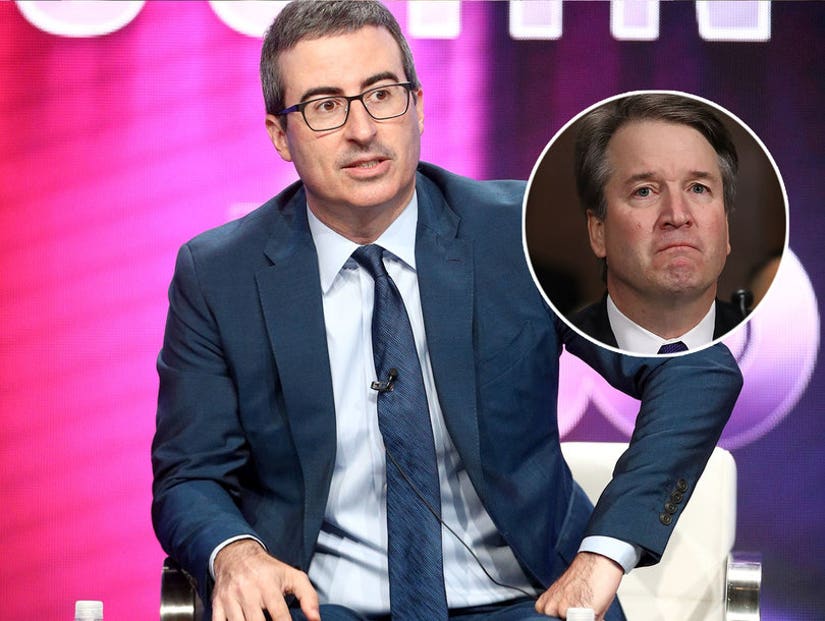 Oliver says Kavanaugh doesn't sound honored by his Supreme Court nomination, but rather is "someone who feels entitled to be on it and frankly can't believe that you're being such a dick about this."

"I know we usually start with a quick recap of the week, but tonight this entire show is going to be one long recap of one very long week," John Oliver said at the top of "Last Week Tonight" Sunday night.

Primarily it was because the news of the week was so big, Oliver couldn't cram it into a five-minute segment before taking a deep dive into a more esoteric topic. Supreme Court nominee Brett Kavanaugh was the topic, and one that Oliver felt was more than worthy of a full-show exploration. 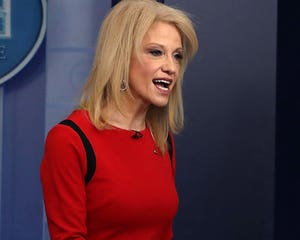 Kellyanne Conway Reveals She Is the Victim of Sexual Assault: 'I've Just Had It'

While he spent the bulk of the show on Kavanaugh's statements during the Senate Judiciary Committee hearing on Thursday, Oliver did spend a few moments looking at how Dr. Christine Blasey Ford, who has accused Kavanaugh of sexual assault, composed herself during her testimony and statements to the committee.

He even poked fun at the GOP's hired prosecutor going down random rabbit holes like trying to get to the bottom of who paid for the polygraph Ford took and passed (her lawyers cleared the air on that one; it was them, "as is customary").

Less fun was Sen. Orrin Hatch calling her "attractive" during the afternoon recess. And then, when he was called out and asked what he meant by "attractive," he clarified that he meant "pleasing." So there was no misinterpretation. Dude was totally being pervy.

"You should not use the word 'pleasing' to describe a sexual assault survivor painfully recounting one of the worst moments of her life," Oliver noted. 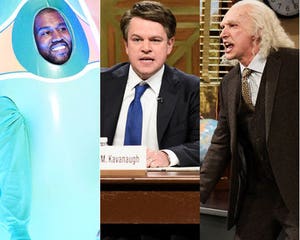 But as much as Ford's testimony was so powerful and moving that even Fox News' Chris Wallace called it a "disaster for the Republican Party," it was nothing compared to the tour de force that was Brett Kavanaugh. For the record, Kavanaugh has denied Ford's allegations, as well as those of two other women who have since come forward.

First, Oliver took a pointed look at how emotional Kavanaugh got when talking about working out at his buddy's house, and reminiscing about all the girls he used to talk to who were close friends of his. "I hate to say it, but I'm starting to think that men might be too emotional for the Supreme Court," Oliver joked.

Later, Kavanaugh was shown getting emotional over his calendars, talking about how it was a connection to his father who used to share stories from his own meticulously-detailed calendars. "I know that it may seem cruel to be making fun of a man crying over his late father's calendars," Oliver said. "What if I were to tell you his father is still alive and was sitting right behind him."

He also dug into the math, with Kavanaugh saying his dad started keeping his calendars in 1978, which would have been when Kavanaugh was 13, making Christmas at 14 the first year dad could have regaled the family with stories from last year. "An adult man reading last year's calendar to his 14-year-old son is literally the saddest Christmas I can imagine," Oliver said. 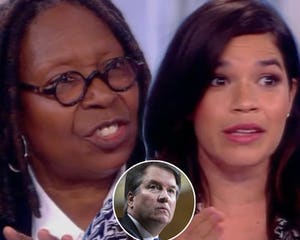 Of the moment when Kavanaugh asked, "Have you?" to Sen. Amy Klobuchar after she asked if he'd ever gotten blackout drunk," Oliver noted that "aside from being deeply disrespectful, 'Have you?' is just not the answer of an innocent person." He then compared it to asking someone if they'd performed a lewd act on a dog and they answered by asking if you had. Yeah, you pretty much know that they totally did and you should probably never talk to them again.

Perhaps most shocking of all, for a man determined to clear his good name, Kavanaugh continuously dodged the question of whether or not he wants an FBI investigation into the allegations. "Just say you will support an investigation," Oliver said. "You've been accused of a heinous crime that you insist you did not commit. If I were Kavanaugh, I would desperately be trying to prove my innocence in every possible way."

But it was Kavanaugh's tone and demeanor that struck Oliver the most. "Not the tone of a man who hopes to one day have the honor of serving on the Supreme Court," Oliver explained, "But the tone of someone who feels entitled to be on it and frankly can't believe that you're being such a dick about this."

Oliver then reached the conclusion that it's because of the privilege Kavanaugh grew up in, leaving him disconnected from reality in a way. Maybe someone who had a nine-hole golf course at their high school, as Kavanaugh did, simply shouldn't be a Supreme Court Justice. 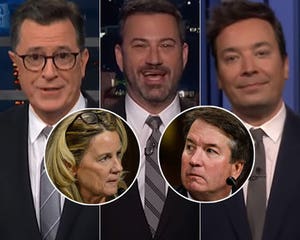 "At this point, let's actually pull back and look at the picture of Kavanaugh's character that we now have," Oliver said. "A key part of the job that he is up for is judgment and temperament. And this week, we saw Kavanaugh talk over the top of Senators, dodge questions and conflate 'doesn't recall something happening' with 'denies something happened,' which is a f--king important distinction for a judge.

"Not to mention he repeatedly wept at the concept of calendars."

He was no more impressed with the antics of the Senators on hand. "Why this particular asshole? Why is he the hill Republicans are willing to die on?" Oliver asked.

He noted that the guy who drafted the list of possible candidates, of which Kavanaugh was a part, even had no preference saying you could throw a dart. So why not go with an easier nominee. After all, isn't any Trump nominee going to be able to deliver the conservative slant they're looking to give the Supreme Court?

"It feels like they're doing this just to deliver a f--k you to Democrats," Oliver noted. "And even more directly a f--k you to women."