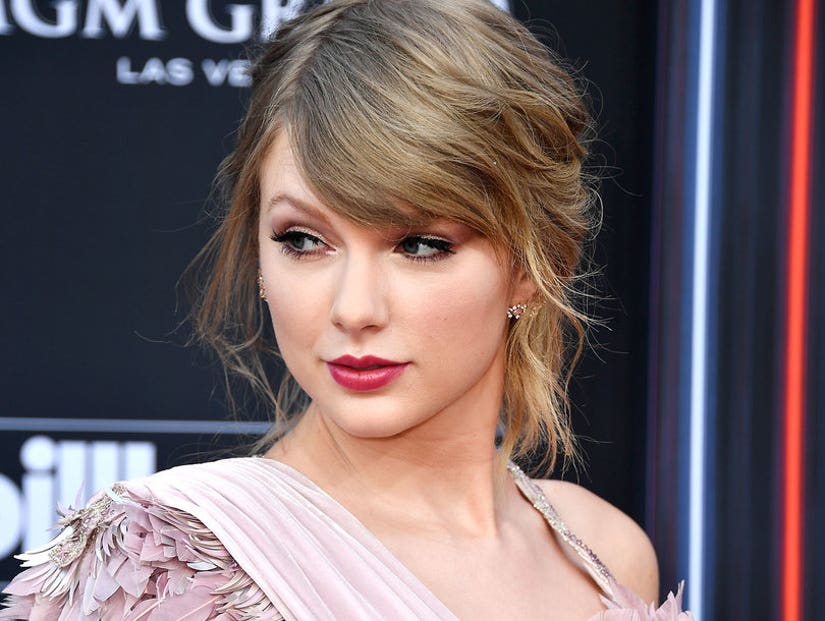 The singer has stayed out of politics so completely, no one knew if she was liberal, conservative or something else, but there is no doubt about it now.

After years of silence and growing frustration from her loyal fanbase, Taylor Swift has finally spoken up about her political views by endorsing a Senatorial candidate in her home state of Tennessee.

More specifically, Swift is patently not endorsing Republican candidate Marsha Blackburn, per a scathing Instagram post that went up late Sunday night, just after she'd wrapped her US tour. Blackburn is one of the two candidates running to fill the seat currently held by Sen. Bob Corker. 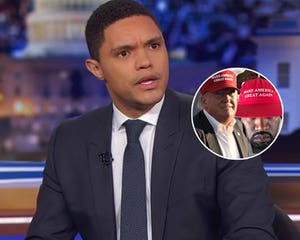 Swift savaged Blackburn's Congressional voting record, writing, "She voted against equal pay for women. She voted against the Reauthorization of the Violence Against Women Act, which attempts to protect women from domestic violence, stalking, and date rape. She believes businesses have a right to refuse service to gay couples. She also believes they should not have the right to marry."

Swift said that Blackburn's record "appalls and terrifies" her. "These are not MY Tennessee values," she writes, throwing her endorsement behind Blackburn's opponent, Democrat Phil Bredesen. Bredesen is currently losing 50-42 in a recent poll, as detailed by The Hollywood Reporter.

Swift explained why she chose to speak up now after all these years. "In the past I've been reluctant to publicly voice my political opinions, but due to several events in my life and in the world in the past two years, I feel very differently about that now."

And while she is voting Democrat next month, she explained that for her it's about which candidate agrees with her personal values and will fight for human rights. 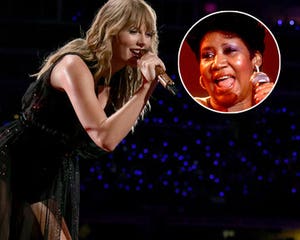 "I believe in the fight for LGBTQ rights, and that any form of discrimination based on sexual orientation or gender is WRONG. I believe that the systemic racism we still see in this country towards people of color is terrifying, sickening and prevalent. I cannot vote for someone who will not be willing to fight for dignity for ALL Americans, no matter their skin color, gender or who they love."

She urged her fans to educate themselves about the candidates in their own states, rather than relying on party affiliations, and get registered to vote.

Bredesen tweeted his thanks for Swift's support, while the Twittersphere blew up that she'd even come out in support of or against anything politically. Blackburn has not commented.

Will this usher in a new era of a more outspoken Taylor Swift? And what of her fans, many who are shocked at her more liberal leanings, considering her roots in country music. More than one commented how odd it is to think of Kanye West supporting Trump, while Taylor leans left.

And while it seems the majority of Twitter was here for Taylor's declaration, some of her more conservative fanbase was definitely more than a little upset. But don't worry, her supporters dumped on them, too. Below are some of the more surprised and passionate reactions from her fanbase. 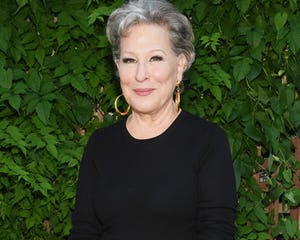 If you had told me two years ago Kanye would be running around in a MAGA hat while Taylor Swift was endorsing democratic candidates, I would have smacked you to the ground and stolen your wallet for wasting my time.

conservatives when they saw taylor swift's post after she took all their coins pic.twitter.com/F9qNZepnX7

Someone should probably start a support group for those of us who originally picked the wrong side of the Kanye/Taylor Swift debate.

You just endorsed a Democrat in the Tennessee senate race with a ridiculous statement saying Marsha Blackburn, a woman, is against women

You have absolutely no idea what you are talking about

Your career has never recovered since Kanye ended it

You attack women, and they will fight back ten times stronger.

One of the most popular entertainers on the planet, Taylor Swift, just broke her career-long silence about politics to announce that she's voting for Democrats this election.

Who cares about Taylor Swift? Kanye had one of the best political endorsements of all time! #MAGA pic.twitter.com/kmVlPblIUH

Taylor Swift cares more about black people than Kanye West and now I need to lay down because I got a headache just from tweeting that.

Do you know how bad it has to be for Taylor Swift to get political?

"Taylor Swift" I use to like her , but not anymore two thumbs down 👎 👎 pic.twitter.com/dzrj59pPZx

This was her plan all along. Taylor Swift said YEET HAW pic.twitter.com/wZ4xrBDTOY

they gave her their money and now they are breathing in carcinogen. the devil works hard but taylor swift works harder. pic.twitter.com/bLyjpd8qs1

Conservatives: bad move Taylor Swift, your career is over.

The only thing worse than Taylor Swift offering political commentary is adults acting like her opinion matters.

So Taylor Swift just proved herself to be far from a feminazi, & became one of the only celebrities to properly justify her vote without insulting & baseless remarks. If the 'hate Taylor Swift' culture is prevalent after all of this, the problem is YOU. Respect her name from now.

Good for Taylor Swift. If you think being a progressive of any stripe is easy within country music, think about the last time country radio played the Dixie Chicks. Mazel tov Taylor. https://t.co/NuCS9N5Hxw

'I'm disgusted I let my daughter go to your concert Friday!' pic.twitter.com/86IckgFpCm

Taylor Swift's statement really couldn't have been less offensive. She didn't attack anyone. All she did was state who she's voting for, why, and encourage fans to vote for politicians who allign with their morals. Y'all love freedom of speech til it disagrees with you

people: taylor swift should use her platform to speak about her stand on politics. she has a huge following and every voice counts.

also people: taylor swift should have just stayed out of politics. her fans aren't even old enough to vote and her voice doesn't matter anyway. pic.twitter.com/lYo91NTDNG

Taylor Swift waited until her US tour was over to announce her political affiliation and that's a sneaky bitch I can get behind pic.twitter.com/VbyGJK7T8j

the most famous rapper is white, the most famous golfer is black. kanye wears a MAGA hat, and taylor swift just joined the resistance. i think it's officially time to retire all preconceived notions about everything.

"Taylor Swift is a celebrity. She should not be voicing her political opinions. She needs to just shut up and sing."
- the same people who put a celebrity in the White House

Everyone on Twitter: “I don't care about Taylor Swift or anything she says.”

Announcement: “Taylor Swift has given her political stance”

I can't wait to see videos of barefoot conservatives who already burned their Nikes breaking all their Taylor Swift CDs.

How about this one time you don't be complete assholes to someone who's finally trying.

Taylor Swift isn't supposed to have an opinion because she's a celebrity, but you have no problem supporting Kanye's opinions of Trump. Republicans, you are truly America's favorite hypocrite.

The Black Delegation would like to trade Kanye West for Taylor Swift. pic.twitter.com/PXkxevsdKS

Now y'all praising Taylor Swift after years of calling her down but some of us can't relate because we see real queens from the beginning pic.twitter.com/dmyuSB5QGW

I am immensely proud of Taylor Swift. She did not want to share her beliefs originally, but she is now exercising her American right to give her opinion bc she wants to do the right thing. She knew she'd get backlash. But no matter what we have every reason to be proud

TAYLOR SWIFT IS GOING TO TAKE BACK HER KINGDOM KEYS AT THE #AMAs WITH I DID SOMETHING BAD SLEEP WELL KANYE WEST pic.twitter.com/1C0pyPDdd8

every right-wing grifter on here who was talking about drinking lib tears yesterday is now fucking furious about Taylor Swift endorsing a man with the same politics as Lisa Murkowski. it absolutely owns that these people will never be happy 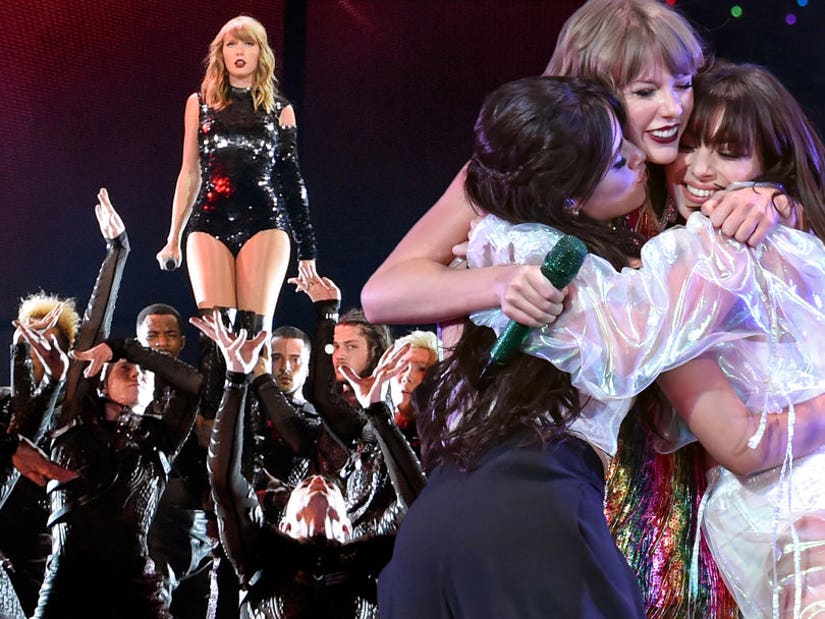