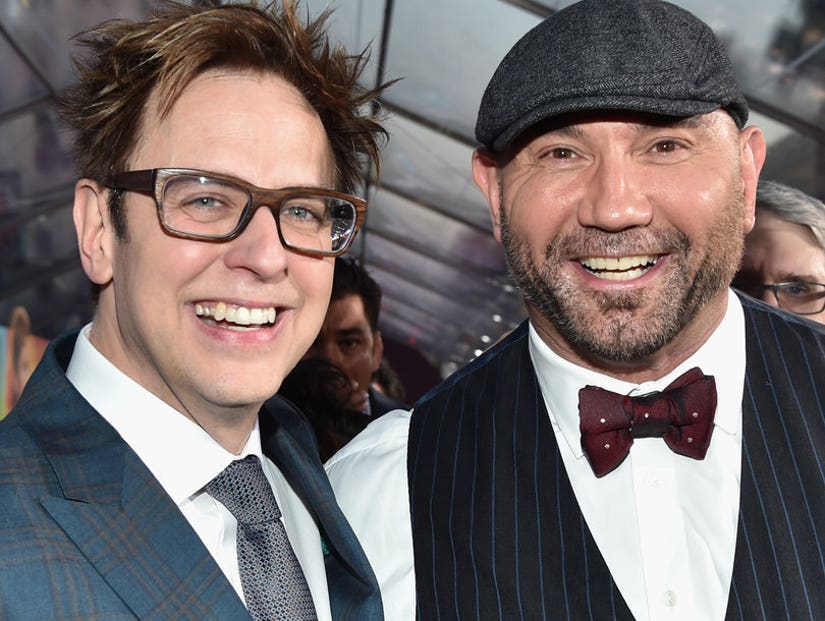 But the alt-right blogger who led the charge to get Gunn fired over pedophilia jokes from years ago calls Warner Bros. decision "a double standard."

James Gunn has been hired by Warner Bros. to write another "Suicide Squad" adaptation after being fired from fired by Disney earlier this year over offensive tweets, and Dave Bautista already wants a role.

The actor, who plays Drax the Destroyer in "Guardians of the Galaxy" and was not shy about voicing his displeasure with Disney's decision, tweeted a link to the news and exclaimed, "Where do I sign up!" 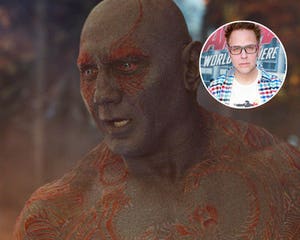 Meanwhile, the alt-right blogger and popular conspiracy theorist that led the charge to get Gunn fired for his roughly decade-old jokes about pedophilia and rape is calling it a "double standard," since Roseanne Barr was fired by ABC -- a TV network owned by Disney -- for a racist tweet comparing former Barack Obama adviser Valerie Jarett to an ape and the Muslim Brotherhood.

"It's fascinating that Hollywood will give people a second chance after making pedophile 'jokes,' where as Roseanne has a lifetime ban for mistakenly believing Valerie Jarret was Iranian. These double standards reveal what Hollywood deems acceptable," Mike Cernovich said in a statement to TheWrap reporter Jon Levine. The same outlet that broke the news of the DC Extended Universe picking up the writer and director behind Marvel's hugely popular "Guardians of the Galaxy" franchise.

According to the report, which cites three studio insiders as sources and WB has since confirmed to IndieWire, Gunn will offer a new take on the property that was previously adapted for the big screen David Ayer ("Training Day") and may end up directing. Will Smith, Margot Robbie and Jared Leto were among the ensemble cast in the 2016 blockbuster about supervillains recruited from prison to work for the government. The action movie grossed $746.8 million worldwide, but was trashed by critics and was considered a disappointment by many fans, too. 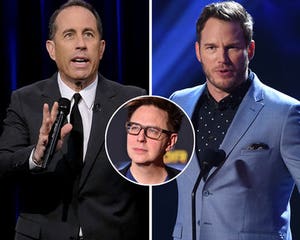 In response to Gunn's cringeworthy jokes tweeted out between 2008 and 2011, Disney chairman Alan Horn said, "The offensive attitudes and statements discovered on James' Twitter feed are indefensible and inconsistent with our studio's values, and we have severed our business relationship with him."

Gunn had previously acknowledged the tweets in interviews before his termination and in a statement after his firing, he said he was a "very different" person than he was when he made those jokes.

As a result of TheWrap's report, James Gunn and "Suicide Squad 2" shot to the top of the Twitter trends. The response is mixed, with many who felt Gunn was unjustly fired from Disney applauding WB, while those upset over his tweets weren't happy to hear the news.

Where do I sign up! James Gunn Boards 'Suicide Squad 2' To Write And Possibly Direct – Deadline https://t.co/OwdDbAm1Ks

I've seen some baller moves in my day but man, DC grabbing James Gunn to write/maybe direct Suicide Squad 2, after Disney/Marvel stupidly kicked him to the curb, is one of the most baller moves I've ever witnessed.

Suicide Squad 2 just went from "why?" to "HOLY SHIT YES."

A roughly $10mil severance package, and a blockbuster deal.

James Gunn is the only one who benefited from the firing of James Gunn.

James Gunn: Hey DC? You wanted Suicide Squad to be your Guardians of the Galaxy? I'LL MAKE IT YOUR GUARDIANS OF THE GALAXY
Bob Iger: pic.twitter.com/W170zIqUHJ

I will forever want to see James Gunn's Guardians of the Galaxy Vol. 3. The franchise is one of my favorites, ever, but I'm tremendously excited to see him make an amazing DC Comics movie.

James gunn is a pedo, we will not be watching SS2 laid ease, NEXT ! pic.twitter.com/9ihvz14pjs 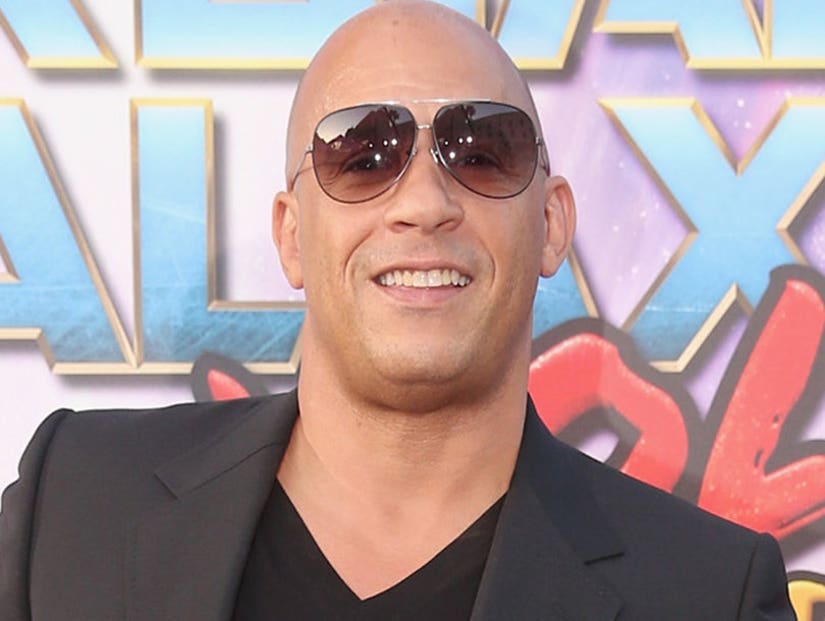