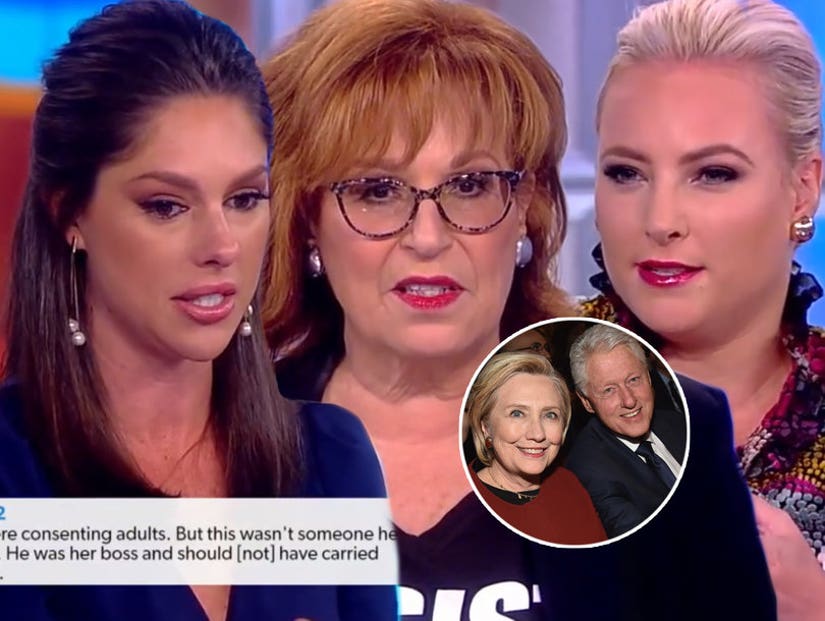 None of the women were having Hillary's comments, especially Abby and Meghan.

Hillary Clinton didn't have too much support on "The View" this morning, after the former presidential hopeful said her husband's affair with Monica Lewinsky wasn't an abuse of power.

In an interview that aired on CBS over the weekend, Clinton defended ex-president Bill Clinton's affair with intern Lewinsky by saying she "was an adult" when it transpired.

When asked if she thinks Bill "should have resigned" she defiantly said, "absolutely not." She was then asked whether the relationship was an "abuse of power," to which she said, "No." Clinton then pointed to the many allegations against Donald Trump. 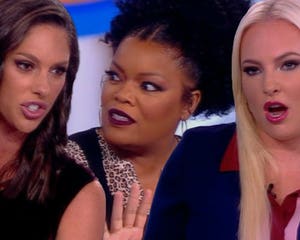 "I have to say that what she just did is exactly what the Republicans do, they change the subject," said a frustrated Joy Behar on Monday's episode. "That's exactly why we never get anywhere in the discourse."

"You know you have a bad argument when your immediate response is, 'Well, they were worse,'" said Abby Huntsman. "This highlighted to me, I think why people struggled to vote for her was because you can't have it both ways ... You can't put yourself on a pedestal and be a leader for the feminist movement and at the same time refuse to acknowledge the reality you've lived with all these years and stand by your husband."

"I don't judge other people's marriages, but call it for what it is and call it out for being bad and wrong for all those years," she added. "It bothers me that she tries to be this speaker and embody this person that's empowering women, when all these years you had women that came out and were telling their story about the way they were treated with Clinton."

While Behar said Hillary is merely a "victim of his stupidity," Meghan McCain noted how some of the women accusing Clinton of sexual misconduct felt "intimidated" by Hillary as well.

"I think with Hillary in particular, she's the gift that keeps on giving for Republicans," added McCain. "Democrats have gotta move on from the Clintons."

Sunny Hostin wondered what Hillary was supposed to say to those questions. "Monica Lewnisky was an adult, Monica Lewinsky did know the president was married," she said, "So I, she wasn't the one that had the affair, Bill Clinton had the affair." 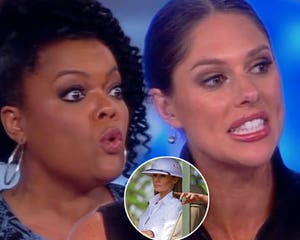 McCain pushed back though, pointing to the power dynamic involved between the president and an intern.

"I think it was inappropriate, that power dynamic," Hostin conceded. "But he's not grabbing her by her genitals, she's right there with it," added Behar.

Here's how McCain believes Hillary should have responded: "It was a really hard time, we take responsibility, my husband was completely inappropriate, there was a power dynamic, I'd like to move on."

They all agreed that would have been a much better answer. 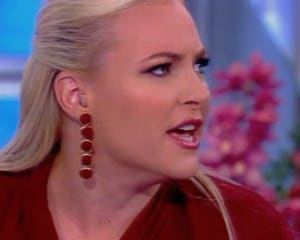 Meghan McCain Unloads on Headline Implying She Has a Drinking Problem: 'Screw You!'