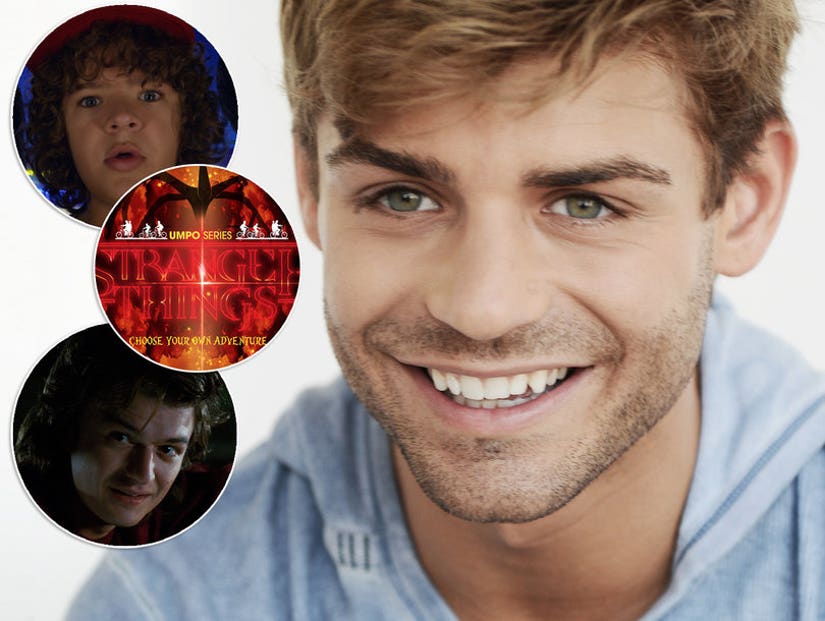 The actor, who stars in a new "Stranger Things" musical in Los Angeles, talks to TooFab about tackling the Netflix series and taking on homophobia.

Yes, we all love "Stranger Things," but you know what it's really been missing? More musical numbers. 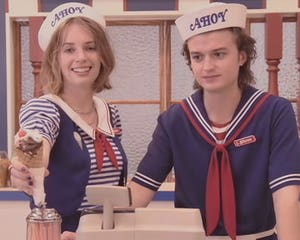 Opening at Rockwell Table & Stage in Los Angeles on Friday, October 26, the show will mix the Netflix series' '80s nostalgia with live vocals rocking out to hits of the decade.

TooFab caught up with star Garrett Clayton before the opening, where he spilled on playing dual roles in the show and what he's learned since living his truth by coming out earlier this year.

What can fans of the series expect from the musical?

We have a lot of calls to the show. I think the vocals are elevated in this and I just can't wait for people to see how cohesive the cast is and how much fun we have.

I'm playing Dustin and Steve. I do a lot of quick changes throughout the show, where I'm throwing hats on and off. I'll be one character one second, literally turn around and be the other character, so I'm really trying to differentiate them in a way the audience can follow along and not think, 'Oh what is he doing?'

Those characters both have some already iconic hair ...

I know! They're using my normal hair for Steve, but the Dustin hair is definitely present.

Can you tease what songs we'll be hearing?

We're staying in the '80s. This is going to be a real fun callback to some '80s power voices. I think people can look forward to some power belting through this show. I'm really excited for everyone to see Emma Hunton do 'Call Me,' because her voice is already out of this world, but when you hear her sing this, she's just amazing!

Were you a fan of "Stranger Things" going into this?

You know, I didn't watch the show before I did this. I watched a few episodes before I started, but before I was asked to do the show, I hadn't seen any of it. You can't watch everything. There's too many TV shows now, 'Handmaid's Tale,' I watch 'Claws,' 'Harlots,' 'Orange Is the New Black,' I'm trying to watch so many things, it's impossible to watch everything!

You've done some of these shows before, how does this compare, especially since it's a TV show this time?

This is debuting just ahead of Halloween. Will you still have time to celebrate outside of the show?

I have a Halloween party at my house that I'm going to after the show, literally. [I'm being] David Bowie from 'Labyrinth.' It's underdone and I feel like I want to do it. It's more my interpretation of it, less of a on the nose version.

You recently did an interview with Gay Times about the homophobia you experienced before coming out earlier this year. Have you seen a positive change at all since coming out?

I think that's to be determined, just because I think the needle is still being pushed. I think there's definitely huge strides in it going in the right direction. Obviously, in the political and social climate, there are still minds to be informed, if I can say that lightly [laughs]. But I am really proud to be part of a generation that is standing up for the right thing and embracing individuality and I think that's something, the more we all band together, the easier it'll be for other people to feel that way.

Kind of a powers in numbers kind of feeling, the way we all live our truth and embrace that and show people who might be scared on the other side that it might be scary taking that step, but there's a really welcoming, loving community out there who wants to support you and make you feel like it's okay to be who you are, exactly as you are and your feelings are validated and your fears are understood.

You also just debuted a music video of "I Put a Spell On You" from "Hocus Pocus," how did that come about and what has the reaction been?

It's been wonderful. We were trying to go glam rock-inspired -- kind of a Freddie Mercury meets Adam Lambert -- version of the song. I've always loved it and it came about because I was doing it for Gay Days at Disneyland. The track turned out so great, my friends were like, 'We have to do a video.' My friend Ben Giroux got involved and he was really excited about it. It all came about really quickly, but we're all really happy with the response and people seem to be having fun with it.

Looking into the future, what's one project you'd love to parody, one musical you'd love to do on TV and one you'd hope to be part of on the big screen?

If I was to do a musical party of my choosing next, I always joke that I would want 'The Hot Chick' to be made. I really want to be Rob Schneider in 'The Hot Chick.' I just think that'd be hilarious.

I really love music theater, I want 'Thoroughly Modern Millie' on TV, but I don't know that it's popular enough for a mass audience. I think something like 'Wicked,' I remember when I did 'Hairspray Live!', me and Dove [Cameron] talked a lot about how we wanted to be Fiyero and Glinda, that's something everyone dreams of doing. And as far as the big screen, I really wish 'Book of Mormon 'would be made into a movie. If I could have one movie musical of my choosing, I would want Elder Price. I'm a huge fan of Andrew [Rannells] and all of his work, it would be a pleasure to be part of that show.

The "Unauthorized Musical Parody of Stranger Things" runs Thursday, Friday and Saturday nights at Rockwell from October 26th thru November 17th. Get your tickets here.