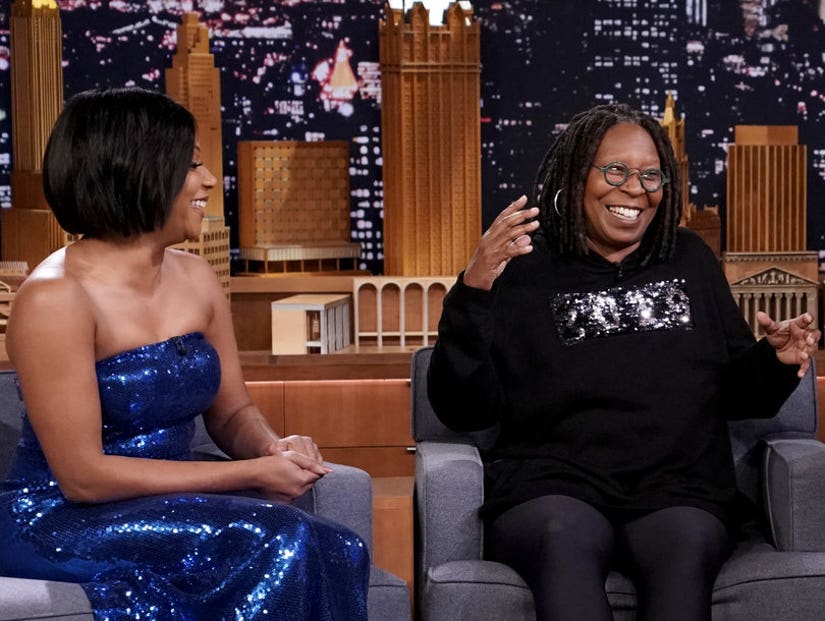 The "View" moderator's co-star in a new Tyler Perry comedy tears up over her idol in a special video message teeing up her surprise visit.

Goldberg appeared on "The Tonight Show" to promote her and Haddish's new movie, "Nobody's Fool," but had no idea that her co-star -- who stopped by the show the night before -- would be crashing her interview. Before bringing out Haddish, host Jimmy Fallon showed a clip of the comedian's reaction when she discovered that Goldberg would be playing her mother in the upcoming Tyler Perry comedy. 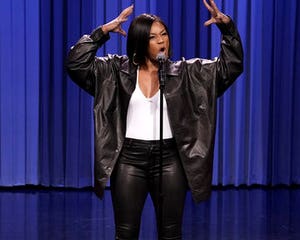 "Since I was a little girl, I have always dreamed of Whoopi Goldberg being my mamma," Haddish said in the clip. "And then like two weeks before we started filming [Perry] tells me that Whoopi Goldberg is going to me by mamma."

"God you've been listening to me all these years!" she continued, starting to cry. "You go through so many things in life and you just, you be having these dreams and you just really want them to come true."

"My mamma!" Haddish said through tears in the clip as Goldberg gave her a hug.

The audience clapped as the clip ended and Fallon said, "Come on, how great is Tiffany Haddish?"

Haddish then appeared out of nowhere in a familiar blue-sequined dress and screamed "Mamma!" Goldberg then realized where she had seen that dress before: from her 1986 film "Jumpin Jack Flash."

"The last time I wore this dress, a shredder ate it," Goldberg joked. "And you've knitted it all back together. Look how brilliant you are."

Haddish explained that she wore the "shredder" dress because "Jumpin' Jack Flash" is the movie that made her fall "in love" with Goldberg. But she's also hoping for a sequel.

"Well, I wore this dress because I want us to do 'Jumpin Jack Flash 2,'" Haddish said. "And then 'Sister Act 3'... and then we'll do 'Who Framed Roger Rabbit 2' and you'll be the detective and I'll be the black Jessica Rabbit." 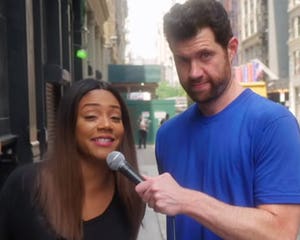 Goldberg was definitely surprised with Haddish's appearance during her interview, but said that she had some inclination that the "Night School" star was close by.

"As I was looking over, I was like 'Wait a minute, I feel something,'" Goldberg said. "Because I always know when she's near. I always get a feeling that she's nearby."

Haddish continued to fangirl over Goldberg and the co-stars spoke about the first time they met. Haddish recalled that while doing press for "Girls Trip" back in 2017, she was a guest on "The View" and was so angry when she found out it was Goldberg's day off.

"I get this text from people at the show like, 'Tiffany just slap the shit outta somebody," Goldberg said. 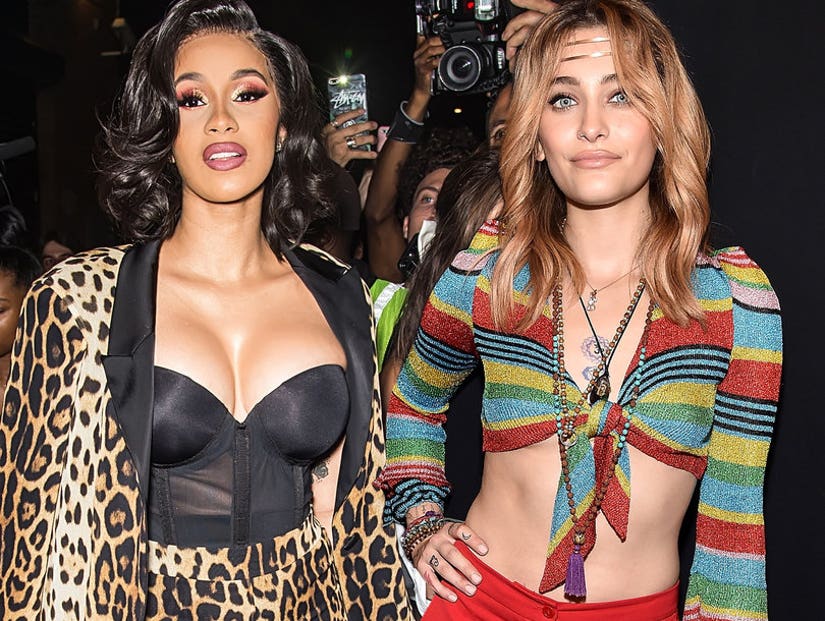