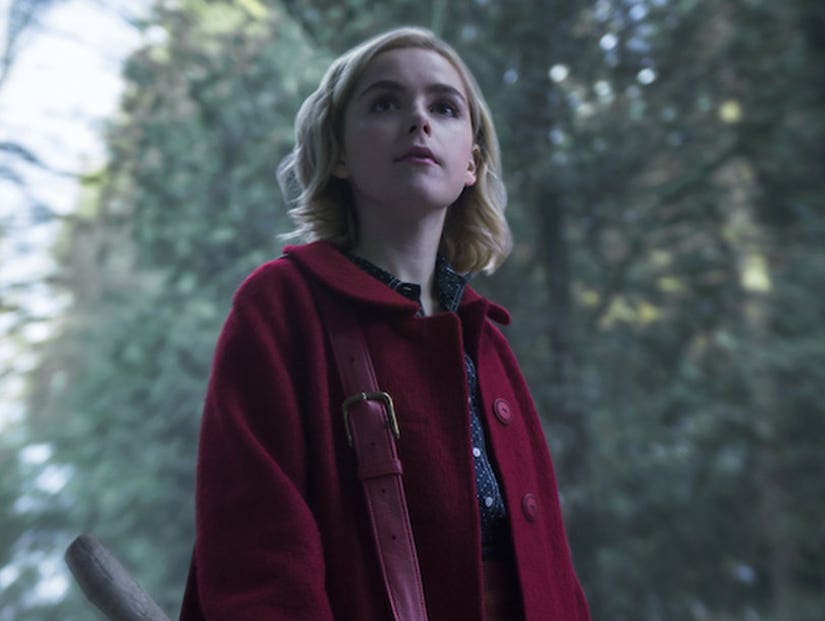 The co-founder and spokesperson for the religious group argues the inclusion of the Baphomet statue in the new Netflix series "cheapens our central icon."

"The Chilling Adventures of Sabrina" is in trouble with the Satanic Temple, and it's no joke.

The religious organization announced this week that it is "taking legal action" against Netflix for "appropriating our copyrighted monument design to promote their asinine Satanic Panic fiction." 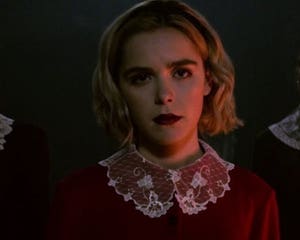 The issue is the design of a Baphomet statue that is prominently featured in scenes at Sabrina's school, The Academy of the Unseen Arts. Lucien Greaves, the founder of the Satanic Temple, told TheWrap, "We've sent [Netflix] a letter from our lawyers informing them of the copyright violation, asking them to take our imagery out of their show."

He posted a comparison of the imagery in question on Twitter.

For purposes of comparison... pic.twitter.com/AZJvmq1Cks

Netflix did not immediately respond to TooFab's request for comment.

In an interview with the San Francisco Gate, Greaves said the similarities between the statues is "deeply problematic" and his organization is "obligated to make a copyright claim" in order to "send some message" to discourage other people from appropriating their design of the deity that first appeared in trial transcripts for the Inquisition of the Knights Templar starting in 1307.

"It's distressing on the grounds that you have to worry about that association being made where people will see your monument and not know which preceded the other," he said. "And thinking that you arbitrarily decided to go with the 'Sabrina' design for your Baphomet monument, which rather cheapens our central icon." 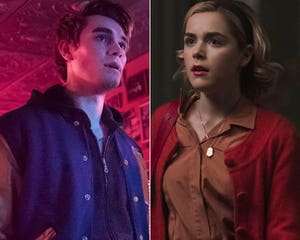 The Satanic Temple wants the statue removed from the series somehow. "I want them to take it out. It looks like it's a CGI facsimile to begin with," Greaves said. "I don't know how much work that takes, but I simply refuse to have our monument used in this way in perpetuity. I don't want our monument to be associated with this."

In another tweet this week, Greaves compared his grievance to hypothetical examples other religions could have with TV shows.

I'm amazed that anybody is confused as to why we would seek legal remedy over Sabrina using our monument. Would they be as understanding of a fictional show that used a real mosque as the HQ of a terrorist cell? A fictional Blood Libel tale implicating real world Jews?

If you're curious to learn what the Hell the Satanic Temple is all about -- and you might be surprised -- visit the organization's website here.

According to the religious group's mission statement, "The Satanic Temple is to encourage benevolence and empathy among all people, reject tyrannical authority, advocate practical common sense and justice, and be directed by the human conscience to undertake noble pursuits guided by the individual will." 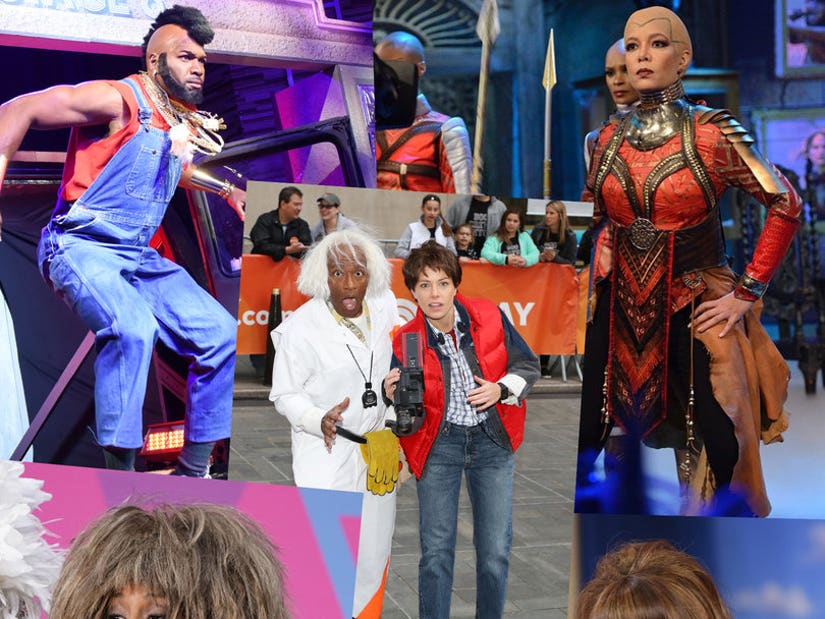