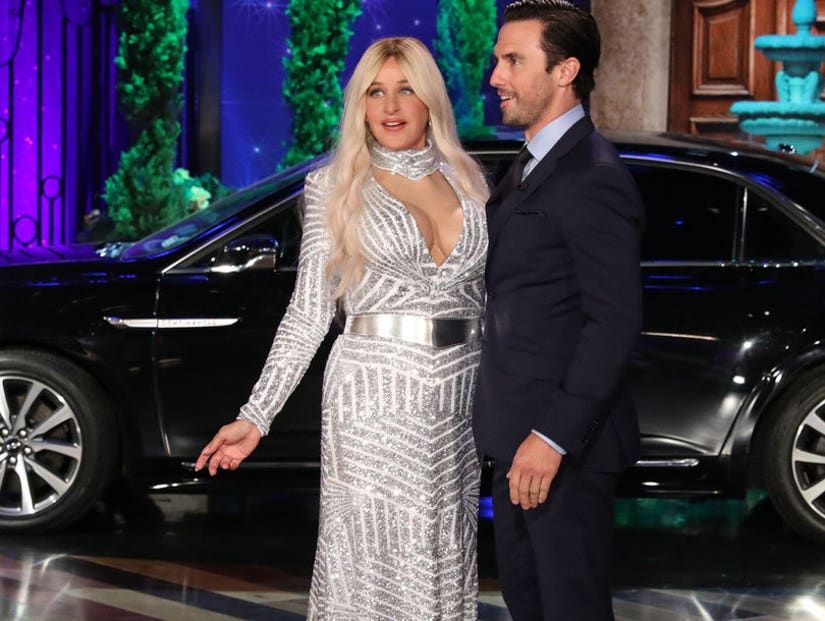 With a blonde wig and boobs "from Mattel," Ellen DeGeneres transforms into Kelllly for the "most dramatic and most drunk episode of 'The Bachelor.'"

Ellen DeGeneres kicked off her Halloween spectacular with an epic parody of "The Bachelor," complete with "This Is Us" star Milo Ventimiglia as the bachelor of her dreams.

There's no denying that Milo cut a dashing figure as "The Bachelor" on "Ellen," but we can't quite say the same for Ellen's Kelllly, "with four L's." 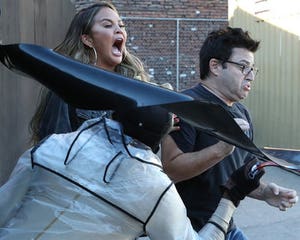 "There are six other Kelly's on the show so this season you can call me Kelllly D," Ellen said. "That's not my initial, that's breast size."

They were admittedly quite impressive, and shiny and very plastic looking. "My dress is from Versace and my boobs are from Mattel," she giggle before bringing out Milo and offering him a slow cooker to help him remember her.

Because who doesn't want to remember how their character died on NBC's hit show "This Is Us" and traumatized half the nation. She even declared that it was used, so it could be sure to catch his house on fire.

We have to give Ellen, or Kelllly, props for a great opening line, though, that would make anyone in Bachelor Nation proud. Leaning up against Milo, she told him, "Tonight's show is brought to you by the word 'legs.' Maybe we can go up to the fantasy suite and spread the word!"

Alas, things didn't end well for Kelllly, even after she brought out "Bachelor" Nick Viall. He was apparently way more interested in Kiiieeeeerrsstennnn. And yes, we verified that spelling based on all the ways she described it. 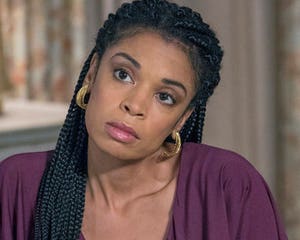 The more we think about it, the more this really did feel like an episode of "The Bachelor." Poor Kelllly was sent home in tears, though, as Milo chose someone else from "down under" to engage, and then break off the engagement and then consider getting married and then probably go on another one of these "Bachelor" shows.

Check out the video for all the hot action. Speaking of hot, we'd totally watch "Bachelor in Hot Tubs," though as Nick and Kiiieeeeerrsstennnn were clearly enjoying their experience in the one smack-dab in the middle of Ellen's studio audience. 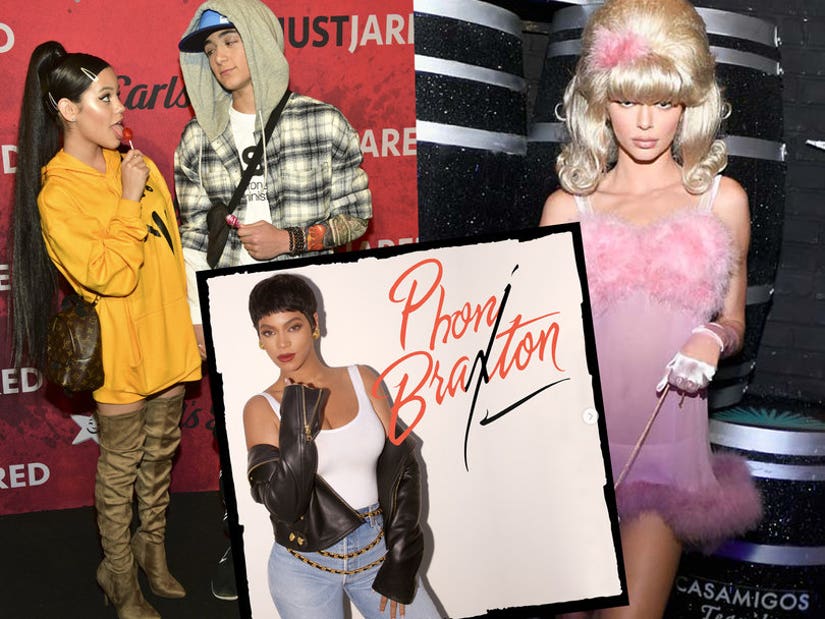