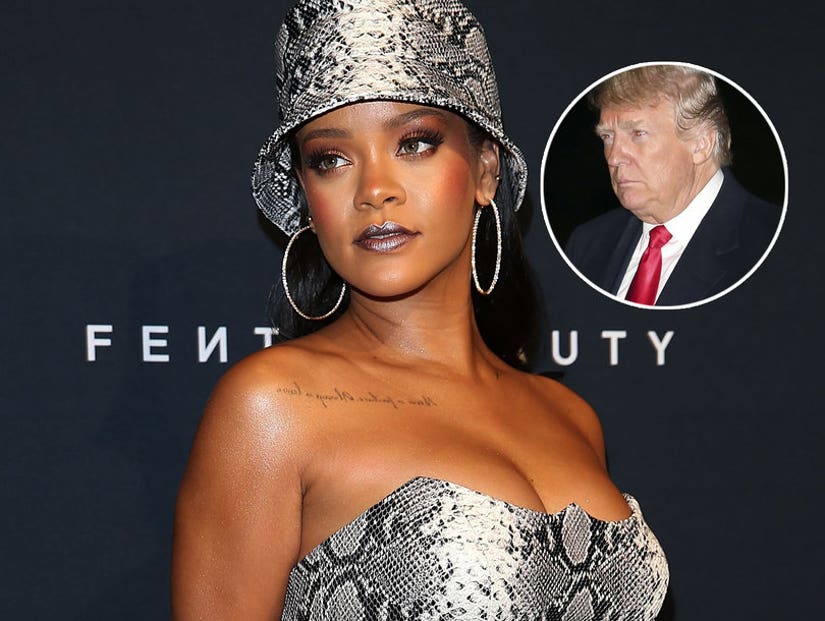 Rihanna is not happy with POTUS.

Chris Evans, Ava DuVernay, Kathy Griffin and more Hollywood stars are rallying behind Rihanna after she slammed Donald Trump for playing her music at his rallies.

It all began when White House reporter Phillip Rucker tweeted Sunday, "Rihanna's 'Don't Stop the Music' is blaring in Chattanooga as aides toss free Trump T-shirts into the crowd, like a ball game. Everyone's loving it." The online missive swiftly got the pop star's attention.

"Not for much longer...me nor my people would ever be at or around one of those tragic rallies," the Barbados native tweeted, "so thanks for the heads up philip!" 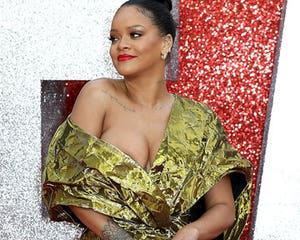 Rihanna's Strange Connection to the 2018 MTV Video Music Awards, Even Though She Didn't Attend

Many Hollywood stars could not have agreed more with "queen" Rihanna and showed their support on Twitter. "Captain America" himself got the ball rolling.

DuVernay joined in and tweeted, "The Queen has spoken" and former Fifth Harmony member Lauren Jauregui added, "You're a queen."

See how celebs are rallying behind Rihanna in the tweets below.

The Queen has spoken.

If @rihanna sues Trump I'll just be in heaven. https://t.co/cYBHBrw8uQ

#Florida! #Rihanna has a message for you!!! #Repost @rihanna
・・・
FLORIDA: You have the opportunity to make history this election. The US has only had four black Governors in its entire… https://t.co/NtTTuMPK5k

Meanwhile, according to TMZ, Rihanna was in Barbados over the weekend to celebrate her grandfather's 90th birthday with her family. However, the "Rude Boy" singer took time out of her trip home to comment on the upcoming midterm elections. Rihanna shared a photo on her Instagram account of a woman holding a sign that said "Grab them by the midterms," along with a lengthy caption expressing her support for Democratic nominee Andrew Gillum for Governor.

Actress Debra Messing shared Rihanna's post on Twitter and said "Florida! @Rihanna has a message for you!"

"FLORIDA: You have the opportunity to make history this election," the R&B singer wrote. "The US has only had four black Governors in its entire history, and we can help make #AndrewGillum the next one and Florida's first! If you're tired of feeling like you don't matter in the political process, know the most important thing you can do in supporting a candidate is finding someone who will take on critical issues such as: making minimum wage a livable wage, paying teachers what their (sic) worth, ensuring criminal justice reform, making healthcare a right, and repealing Stand Your Ground."

"That's a platform we MUST support," she continued. "Let's #bringithome, Florida. Vote @andrewgillum. And VOTE YES on Amendment 4 to restore voting rights to folks who have already paid their debt to society. VOTE on November 6th!" 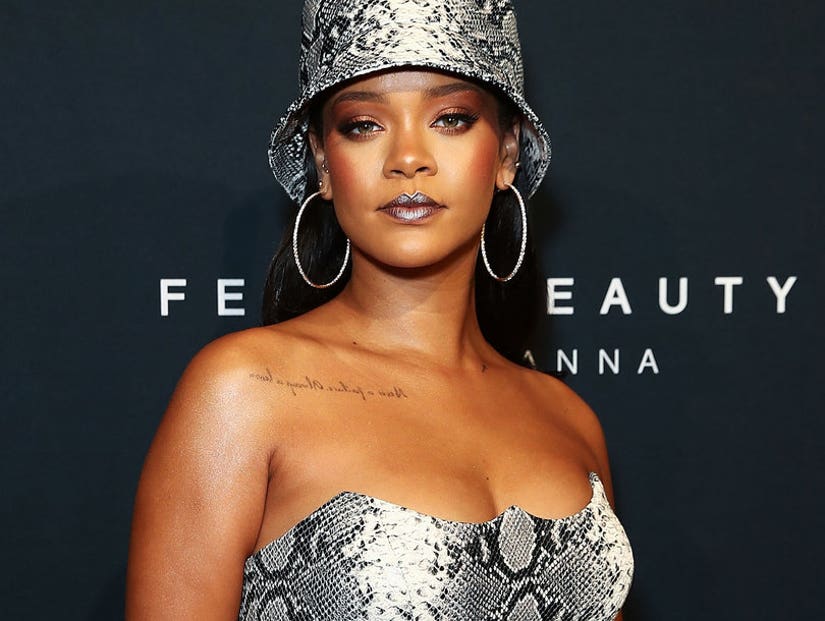