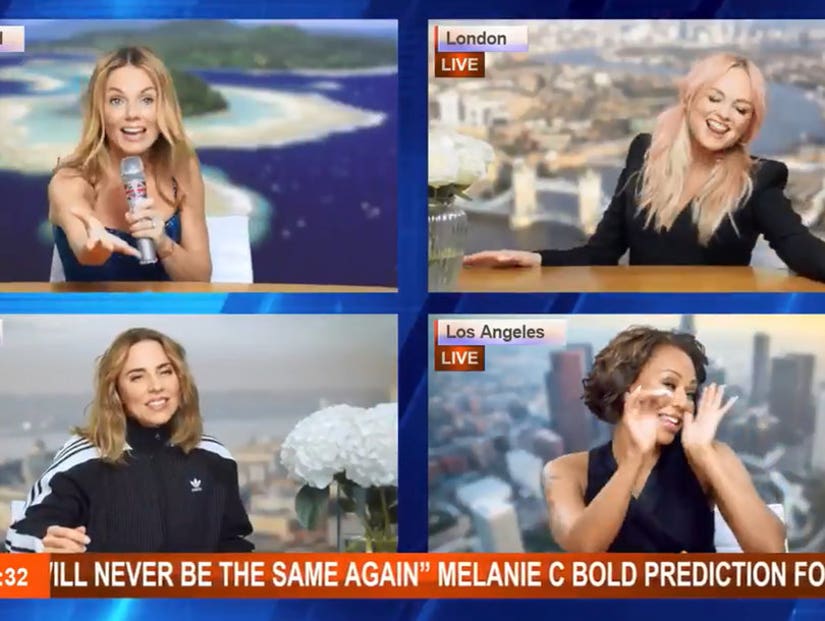 Spice up your life with this epic tour confirmation -- and see what Posh thinks about the news.

Is a Spice Girls reunion what you want, what you really really want? Well, you're in luck.

On Monday, the group announced a brand new tour, but with one major exception: Victoria "Posh Spice" Beckham will be sitting it out. Geri Halliwell, Melanie Chisolm, Emma Bunton and Mel B will all hit the road together in 2019, they confirmed in a new video poking fun at their history.

In the clip, the girls all get mad at Ginger for not following the dress code they all agreed to, standing out in a sparkly blue dress instead of all black. "We're going on tour, people need to see it to believe it," says Geri. "It's not Spice Girls and Geri," adds Mel B.

"We can't be falling out now if we're going on tour," Mel C chimes in, before Baby Spice brings them all together by singing "Spice Up Your Life."

It's all very exciting, but there is one downside for fans: the tour is only of the UK, so far at least. The six dates include shows in Manchester, Coventry, Sunderland, Edinburgh, Bristol and London.

Victoria took to her Instagram to wish the rest of the girls "so much love and fun" as they head out without her, adding that the group was a "hugely important" part of her life.