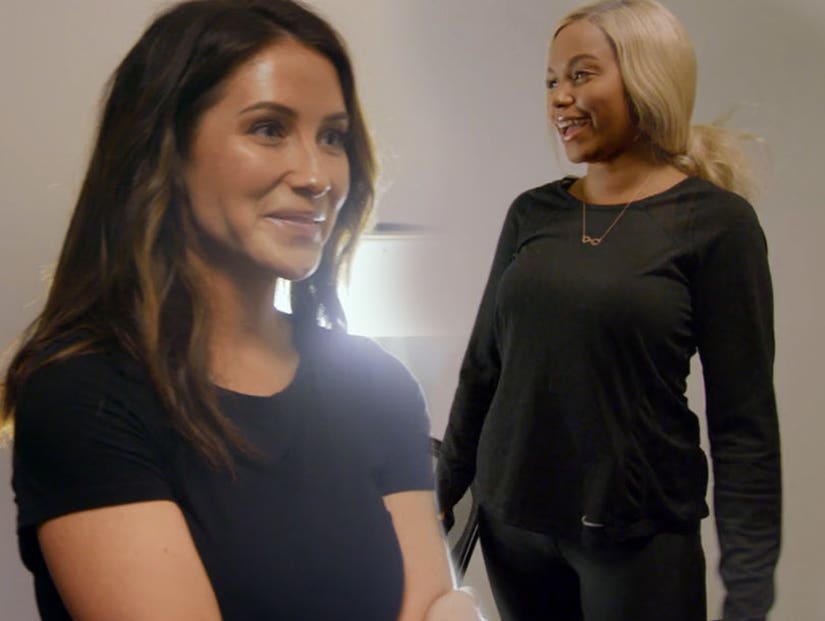 If Amber's reaction to the new additions is any indication, they may have been right to worry.

The fresh blood of "Teen Mom OG" will come face to face with the original crew on tonight's episode -- and it's a meeting that left the newcomers slightly concerned.

While in NYC for a day of press, Bristol Palin and Cheyenne Floyd meet Maci Bookout, Amber Portwood and Catelynn Lowell for the first time, after joining the show during its seventh season.

Before the two mix and mingle with the seasoned vets, however, they meet each other first in this exclusive sneak peek at Monday's episode.

After some small talk, Floyd asks Palin whether she's "excited" to meet the other moms. "Yeah, I met Maci a long time ago, like 9 years ago," she responds.

"I'm not sure how they feel about newbies on the show," adds Cheyenne, something Bristol was also concerned about. "I know, I feel kinda bad," says Palin, "I was worried about it, I don't want to step on anyone's toes, but I'm excited."

Cheyenne hopes they'll get along after bonding over being moms, as Bristol predicts they there won't be "any drama."

On tomorrow night's episode, @AmberLPortwood is raising concerns to producers about the new additions to #TeenMomOG. pic.twitter.com/4IkpK4DVW9

In another preview clip, however, there does appear to be some drama.

According to Portwood, MTV never contacted her or the other moms about Palin or Floyd joining the show. That really left her with a bad taste in her mouth.

"So here's the thing, before we do these interviews, we need to be introduced to these girls," she told a producer while in MTV's studio.

When the show's executive producer then showed up, she asked again. "Before we meet these girls, I think we all deserve -- since we didn't get our phone call -- we don't want another Farrah thing, departing yourself from us, not being together with us," she continued.

"This show to us is like family, we don't want it to feel like separated, she added, before asking for some "f--king respect."