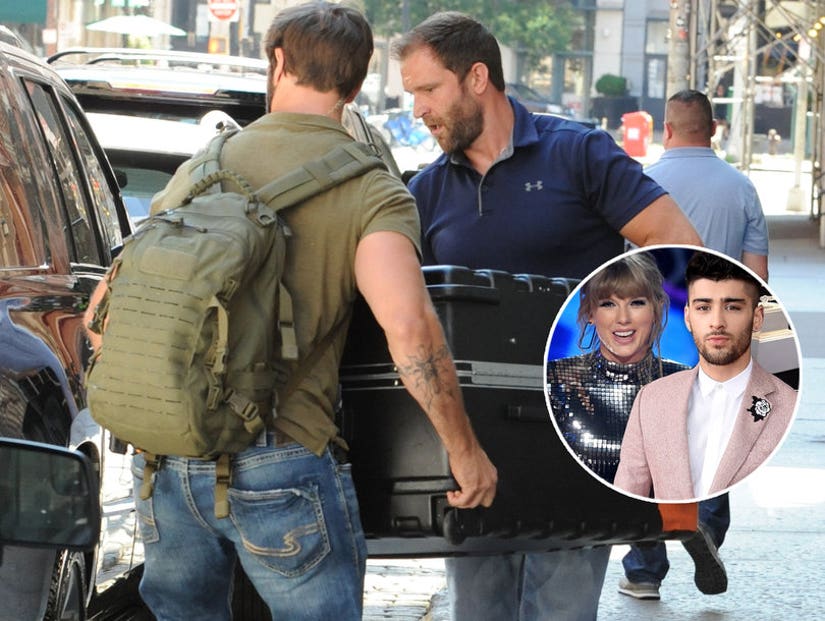 Malik has now reopened the case (yes, we like puns).

Zayn Malik may have just confirmed a crazy fan theory that Taylor Swift once hid in a suitcase to avoid the paparazzi.

Back in July of 2017 pictures circulated of two men carrying a large case out of Swift's Tribeca residence. Various media outlets reported that Swift had actually been transported inside the box to avoid being photographed, based solely on a description provided by the photo agency selling the images. At the time, fans went into a frenzy over the news. However, the agency who syndicated the photos ended up retracting their original statement at the order of a member of "Taylor's camp." 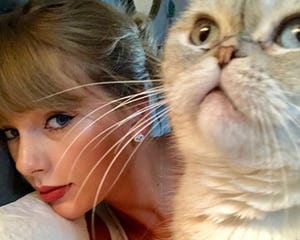 Taylor Swift and Her Cats Donate $15,500 to Help a Teenage Fan Struggling While Mother Is in Coma

Malik has now -- pun intended -- reopened the case. In an interview with Vogue U.K. published Tuesday, the singer casually said that Swift "was traveling around in a suitcase" as an after thought while talking about fame.

The former One Direction member's comments caused Swifties to lose their minds on social media. Some believers of the theory, the self-titled "suitcase truthers," have now claimed themselves victorious. On the other hand, there were some fans who still don't buy that a "5'10 Taylor Swift" could fit into such a small container.

Whether they believed Malik or not, Swift's dedicated fan base took to Twitter to react to Malik's comment. See the hilarious tweets below.

As someone who has always been a Taylor Swift Suitcase truther, I'm frankly insulted that all of you are now suddenly taking Zayn's crackhead word for it when my crackhead word has been here all along

how dafuq would taylor swift even fit in a suitcase

the fact that Taylor Swift's 6 foot ass really stuffed herself in a suitcase pic.twitter.com/PQI40VxYD0

taylor swift's manager trying to close the suitcase with taylor swift in it pic.twitter.com/Kv1j3wPJJJ

"She was travelling around in a suitcase"
— @zaynmalik talking about @taylorswift13 pic.twitter.com/zerIY47I2O

My wig .. Taylor travelled in a suitcase just to avoid the Sick paparazzi .. Like seriously she had to fit her 5'10" of herself in a suitcase I guess this is the only reason why Taylor called us (the normal people) "THE LUCKY ONES" @taylorswift13@taylornation13 @TSOfficialMerch pic.twitter.com/FvTrqWuSqe

TAYLOR SWIFT QUEEN OF HIDING IN A SUITCASE JUST TO AVOID THE PAPARAZZI https://t.co/VggrmzimqQ