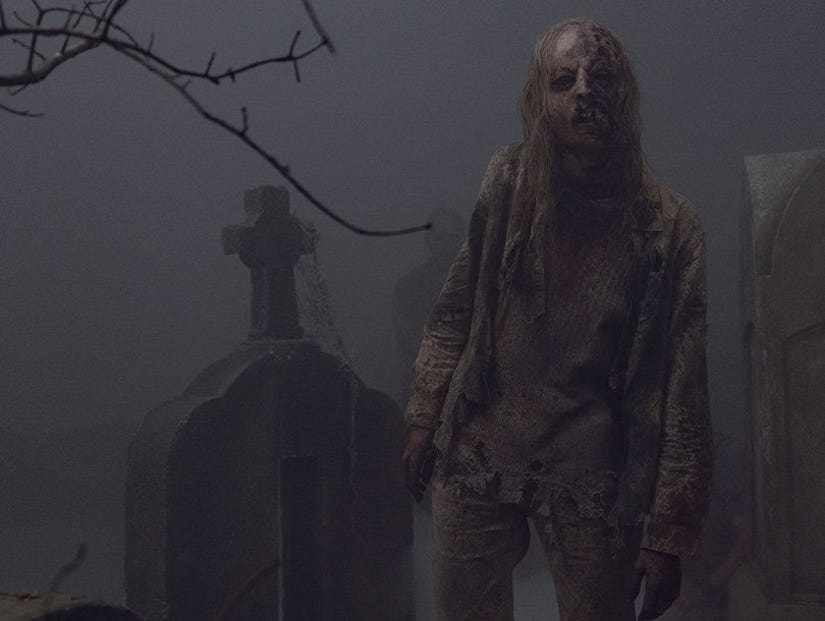 The Whisperers have officially arrived and it's bad news for our favorite "Walking Dead" survivors, one Paul "Jesus" Rovia in particular.

That's right, the show's next Big Bads revealed themselves on Sunday's mid-season finale, which claimed the life of a fan-favorite character from the comics who is still very much alive in the source material.

Viewers were left on one helluva cliffhanger too, after an hour that also involved a big development for Negan. Here's what we REALLY need to talk about after watching "Evolution."

The Whisperers Claim Their First Victim

After the semi-exits of Andrew Lincoln (whose Rick Grimes will return for three movies) and Lauren Cohan (whose Maggie could pop up next season if her schedule permits it), we kinda thought we were safe for a while, especially when it came to beloved characters who are alive in the comics. We were wrong.

Much of the action tonight revolved around Daryl, his dog Dog, Aaron and Jesus trying to find Eugene. As they searched, the came across a group of walkers just "milling around," something Jesus noted was "not normal." When they finally found Eugene hidden in a barn, he was terrified, saying the walkers were "looking" for him and whispering to each other. That led to a debate over whether zombies could evolve, something nobody was really buying.

All this was happening on a dark and very stormy night, one filled with fog, giving the entire episode the show's creepiest atmosphere to date. The series definitely leaned into its horror roots here and was the better for it -- more of this in the future, please!

It got even more hair-raising when Jesus and Aaron carried Eugene -- who dislocated his knee -- through a graveyard, as walkers closed in. The two put their training sessions into action, kicking major ass before Michonne, Magna and Yumiko magically appeared to give backup.

Jesus got his moment to shine, fighting off more enclosing walkers as the others tried to escape. There were flying kicks and swords to the head, before one of the zombies made a last minute pivot, moved behind Jesus and stabbed him in the side. "You are where you do not belong," the walker whispered as Jesus fell to the ground.

Aaron screamed, before the survivors (now including Daryl) kicked into high gear and killed the other walkers -- who were running at them, with weapons. The episode ended Aaron weeping over Jesus' lifeless body, as Daryl realized the zombies were actually humans wearing the faces of the dead. In the final moments, whispers around the survivors intensified. They were surrounded.

Jesus' death should not be taken lightly. He's an important figure in the comics and for the LGBT community, with the character's relationship with Aaron being one many were looking forward to seeing onscreen. His premature death is big disappointment and once again leans into the Bury Your Gays trope, something the show has been criticized for in the past. Tom Payne, you'll be missed.

As for the Whisperers themselves, what do they want? The words the one who killed Jesus said seem to suggest they're just up for another turf war, something we've seen time and time again on this show. They're damn creepy though. 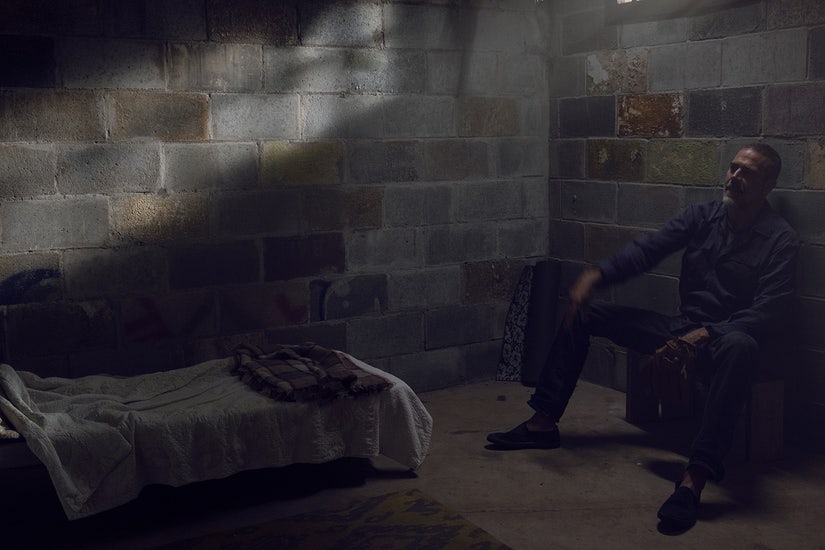 While behind bars, Negan has apparently been getting weekly visits by Gabriel, who sees the prisoner as another one of his causes. Negan, however, isn't having it.

"I am reminded another week has passed," Jeffrey Dean Morgan's character explained when asked if he's getting anything from their sessions. "Don't take it personally, Gabe, I know I'm never getting out of here."

He then ticked off the preacher by saying he overheard Rosita talking up a storm about another man. That set off Gabriel, who was already pissed he had to stay behind and "be responsible" for Negan while everyone else looked for his lady.

He stormed out of the basement, slamming the cell door ... but apparently (or intentionally?) forgot to lock it. Later, Negan realized he could just walk out, so he did.

The character does get out of jail in the comics as well, thanks to someone at Hilltop who wanted to overthrow Rick, and goes on to interact with the Whisperers. Where do you think his freedom will take him on the show? 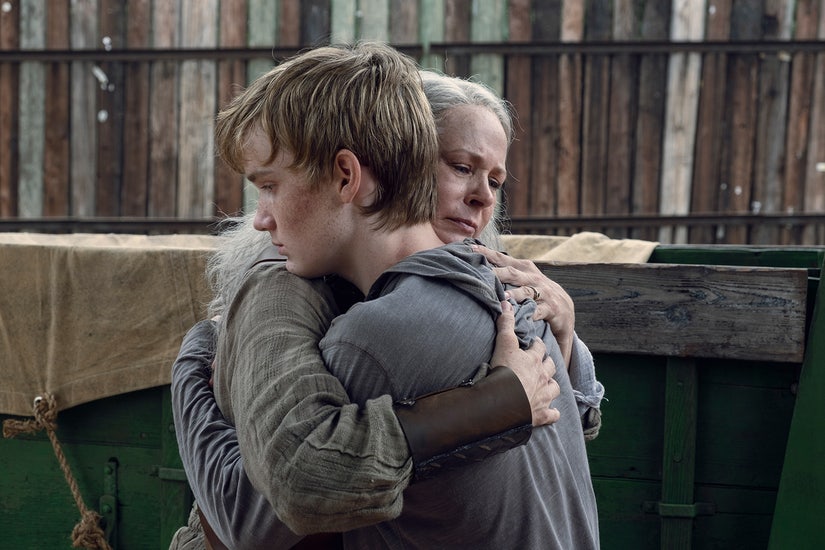 Henry and The Hilltop

After Carol arrived at Hilltop with Henry, she and Michonne finally caught up. Carol asked about RJ -- disproving fan theories that the child was imaginary -- before she tried pushing for peace between the communities. "Kingdom is Kingdom. Hilltop is here and Alexandria is there and in-between there's a whole lot of broken world and we cannot pretend otherwise," Michonne told her. "We gotta take care of our own now. It's just the way it is."

Carol said that was "a shame," and she's right. Michonne later tells Siddiq she knows she made tough choices and at least everyone's still alive to "hate me for it."

Henry's story then took center stage for the rest of the episode, as he tried to fit in at Hilltop. It got off to a rough start as he learned the woman he's hot for, Enid, is hooking up with Alden now. He then made some friends with a group of teenagers, only to learn they're somewhat sociopathic and like to impale trapped walkers in their spare time. Rough start.

After drinking too much moonshine, he has a heart-to-heart with Earl after being put in the drunk tank. His excuse for getting tanked: "I saw my mom cry today ... this is a huge deal. I just, I didn't want to think about that for a while."

While this was the least exciting storyline of the episode, it shows some bridge is being made between the communities. Whether the connections can continue, as they face a new threat, is another question.