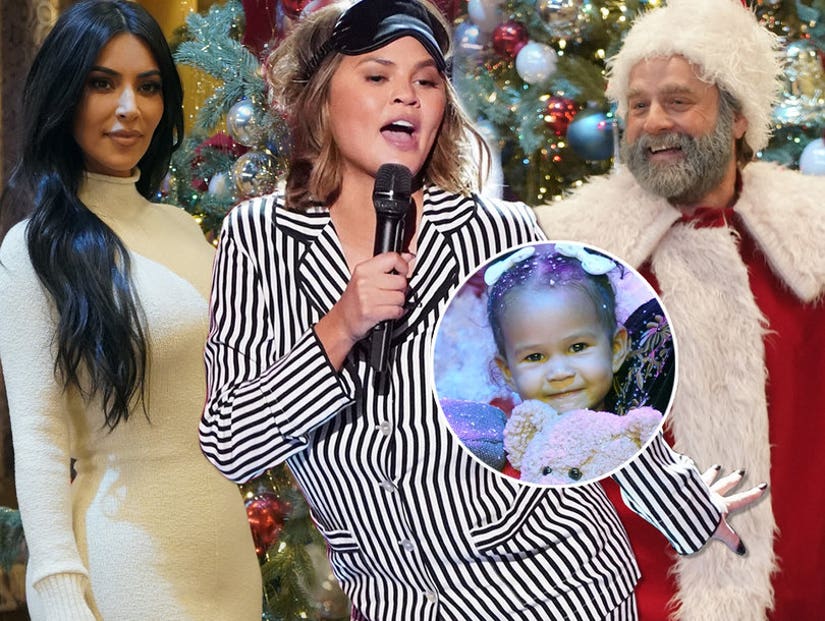 Teigen auditions for "The Voice," before Luna steals the spotlight.

The duo hosted "A Legendary Christmas with John and Chrissy" on NBC, with special appearances from their children -- Luna and Miles -- as well as a random group of celebrities including Kim Kardashian, Jane Lynch, Darren Criss and, yes, even Zach Galifianakis.

In case you missed the full special, NBC dropped a bunch of highlights from the show on YouTube for your enjoyment -- and we broke 'em all down for you below.

Here's what you really missed from the "Legendary" night of TV.

Flashback to the '90s

The show kicked off with some opening credits mimicking '90s-style sitcoms like "Full House" or "Growing Pains," with everyone in the cast cheesing it up as their names flashed on the screen.

Getting their special shoutouts: Chrissy, John, the kids, their two extended families, Raphael Saadiq and the house band and the Legend's two dog, Paul and Penny.

What followed was a scene featuring a laugh track, as Teigen prepared a gingerbread house for the festivities.

How would you react if you opened your door to Christmas carolers, only to find out the people behind the voices were the two hosts, "Glee" alums Darren Criss and Jane Lynch, Raphael Saadiq and Meghan Trainor? Bet you wouldn't slam the door on them!

When one unsuspecting homeowner told Legend that "La La Land" was her favorite movie, Teigen couldn't help but hilariously quip, "Okay, he had a small role, first of all," before they gave out hugs to all their victims.

The Kardashians Swing By

The party don't start til Kim walks in, right?

Kim Karadshian and Kris Jenner both appeared on the special, with "fairy godmomager" Kris being the first to arrive as Teigen prepped for guests.

Since "everything is spelled better with a K," Kris handed her host some party favors, headbands with the name "Khrissy" on them. Proving the devil works hard, but Kris works harder, she also came with a contract stating she receives 45% of all profits from sales.

Kim popped up later to talk to one of the family's "cousins," Yassir Lester, who pitched the beauty mogul a line of "makeup, but for dudes," "manscara" and lip-liner. It didn't go well.

Chrissy's nightmare of performing in the blind audition rounds on "The Voice" was a real treat for those watching at home.

Stumbling onto the stage in her pajamas, Teigen admitted she couldn't sing, so instead tried making the judges turn around by making them laugh. It worked.

To get Blake Shelton to spin around, she just had to make fun of Adam Levine's Sexiest Man Alive crown, while the Maroon 5 frontman gave his buzzer of approval when she turned the tables on the country singer too.

For Kelly Clarkson, Chrissy just had to "start talking really fast," and for her own husband, she reminded him who makes the real money in the family now.

"Already cringing at the @NBCTheVoice scene of #alegendarychristmas," Teigen tweeted as it aired last night. "I don't know how ANYONE gets up on that stage it was TERRIFYING and I won't do it again for anything, anything."

Luna and the Fab Five

The cast of "Queen Eye" video conferenced into the show for a chat with Luna on a Pixel Slate (insert integration eye roll here).

It was adorable though, as Jonathan Van Ness told the couple's precious daughter that she looked "absolutely stunning."

Luna later had a video chat with Kenan Thompson, but that one didn't go as well.

The show ended with a special appearance from Santa, who showed up to fix a power outage at the Legend household. Under that beard was none other than Zach Galifianakis. 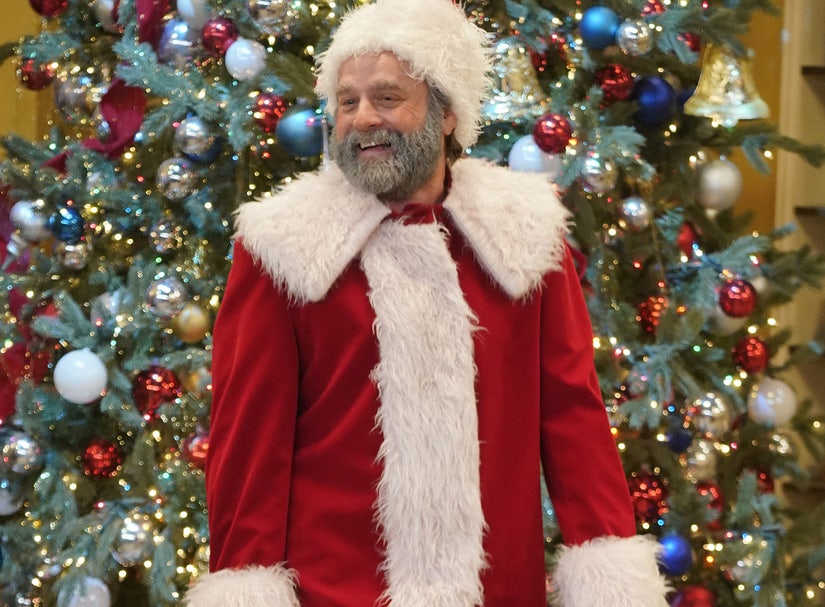