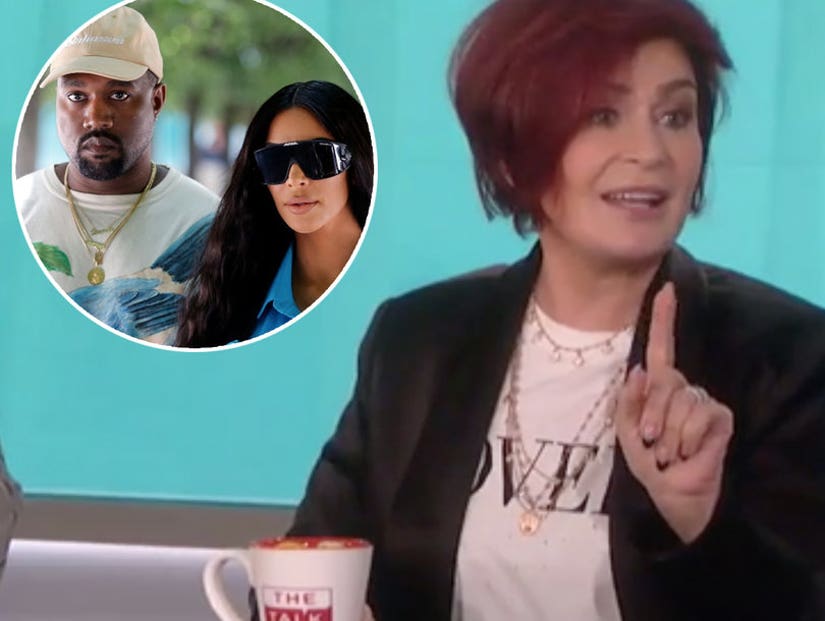 "If you're classy, you just don't," says the former reality star on "The Talk."

Sharon Osbourne is coming for Kim Kardashian again, this time for sharing video of herself and Kanye West flying in a totally empty 747.

"No big deal, just taking a private 747," Kim said from inside the "double decker" plane on an Instagram Story earlier this week. "This is how he does it now. Only 747s, private. I've never even heard of this, but whatever."

The two were ripped on social media for showing off their luxurious lives, with the backlash becoming a topic of conversation Thursday on "The Talk."

"I think of those words, 'obnoxious,' 'obsessive,' and the thing is, God bless you. You're gifted. Both of you have been gifted from God, you have a brilliant lives, god bless you both," began Osbourne.

"But there are millions and millions of people that don't live your life that look up to you. Don't shove it down people's throats," she continued. "It is obnoxious. We have a thing that I was brought up with, that if you're lucky enough to have a gifted life, don' flaunt it. Don't hide it, but don't flaunt it."

Guest cohost Ayesha Curry chimed in, saying she was "nervous to be judgmental" about the situation, saying we all may not know the full backstory. Even if the flight was a gift or paid for by someone else, she did concede that it was still "very wasteful."

Both Eve and Sara Gilbert called it "excessive," while the latter added it was also "a little tone deaf" after many lost their homes in the recent California wildfires.

"I don't want to be on a big ass plane all alone by myself," Sheryl Underwood joked. "If it seats 660 people, I want to be on a plane with another 659 other people calling for god when something goes wrong."

Miss the original posts? Check out Kim's videos below: