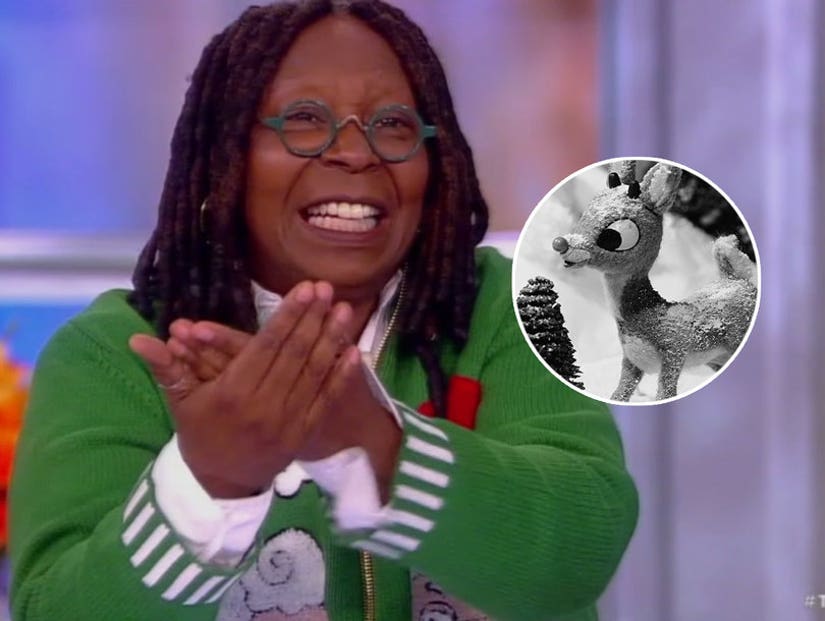 Goldberg goes off on everyone talking smack about one of her favorite holiday movies.

The women of "The View" called out all the grinches criticizing "Rudolph the Red-Nosed Reindeer" after watching it through a 2018 lens.

The holiday classic aired over this week on CBS and immediately began trending for all the wrong reasons, as many hit up Twitter to slam the movie for the constant bullying of the title character, its questionable moral and Santa himself, who one described as "kind of a dick."

Watching Rudolph the Red Nosed Reindeer. The moral of the story I've learned since watching it as a kid: People are dicks until they need something from you. #RudolphTheRedNosedReindeer

The North Pole needs a HR department. All these bosses are horrible. #RudolphTheRedNosedReindeer

Let it be known that the toy bird that can't fly gets murdered by one of Santa's elves during the end credits of #RudolphTheRedNosedReindeer. Gotta give credit to @RalphGarman for pointing this out to me. pic.twitter.com/qGNcevXXxl

Okay, I'm going to say what we're all thinking: In the scene where Rudolph's nose is revealed, Santa is kind of a dick. #RudolphTheRedNosedReindeer

To say these criticisms frustrated Whoopi Goldberg would be an understatement, as she got more animated than ever before as she vociferously defended the movie while reciting the entire tale.

When Sunny Hostin mentioned how she had a problem with Hermey the wannabe-denist elf pulling out all of the Bumble's teeth, Goldberg doubled down. "What is the problem, he has a job!" she replied. "He was working, he's a dentist, it's Christmas!"

"If Hermey is triggering you, I don't know what life is like for you all day long," Meghan McCain added, joking about how they all finally found some common ground. "No one on 'The View' has a problem with this [movie], which is really saying something."