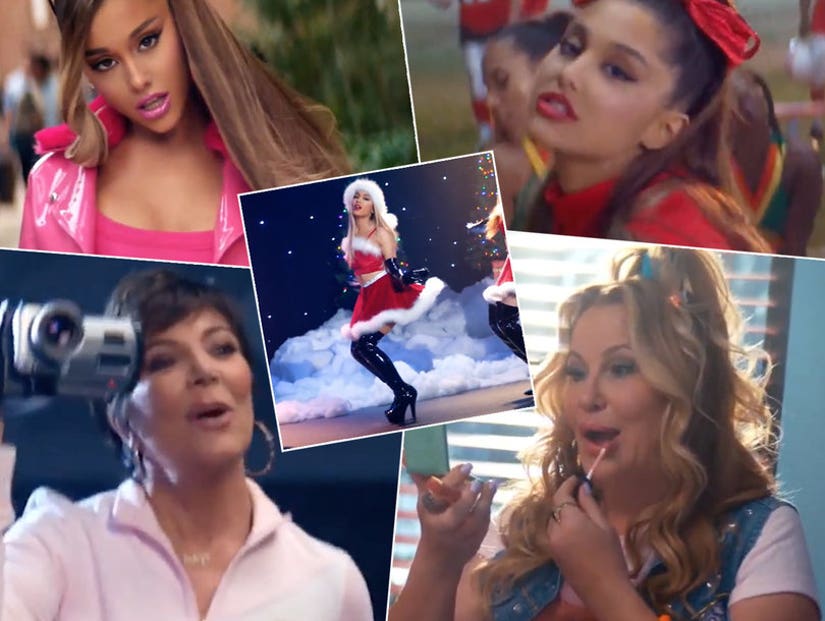 Fans are so "f--king grateful" for Grande's exes for bringing this incredible video into their lives.

Ariana Grande has been dropping hints for weeks about her highly-anticipated music video for "Thank u, Next" and now, it's finally here!

While the singer sings about a few of her famous ex-boyfriends in the song -- including Pete Davidson, Ricky Alvarez, Big Sean and the late Mac Miller -- the video aimed at the ladies. Filled with references to iconic chick flicks like "Bring It On," "13 Going On 30, "Legally Blonde" and "Mean Girls," the 5:30 clip also boasts a cameo from the one and only Kris Jenner.

Substituting the movie's iconic Burn Book for the "Thank U, Next" book, Grande writes about each of her exes in its pages. Alongside a photo of Davidson -- who Grande sings she "almost got married" to -- she writes in red letters, "sry I dipped" and "huuuuuuuge." For Alvarez, the singer puts "great dancer" and "good times man." As for Big Sean, the one who she thought she'd "end up with," Grande writes, "so cute, so sweet, could still get it." The 25-year-old sings that she wishes she could say goodbye to Malcom (a.k.a Miller), who was an "angel."

Singer Troye Sivan and YouTuber Colleen Ballinger also make cameos in the "Mean Girl" section. However, the ultimate homage to the movie is Kris' video camera-wielding "cool mom," filming away while the Plastics dance their Christmas routine to "Jingle Bell Rock." The "Keeping Up With The Kardashians" star bops along to the performance, as Amy Poehler did in the 2004 comedy. 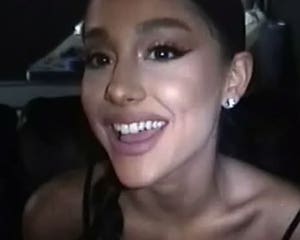 For "Bring It On," we see Grande in an "TUN" uniform waving her pompoms as she sings the hit. The "No Tears Left To Cry" singer steps into the shoes of the film's lead character, Torrance (originally played by Kirsten Dunst), as she dances on her bed and brushes her teeth with her crush. Even the rival cheer team from the film --- the East Compton Clovers -- are shown in the video. Sadly, there is no Gabrielle Union cameo.

The "Dangerous Woman" singer then briefly touches upon the 2004 Jennifer Garner film "13 Going On 30," as Grande witnesses a beautiful wedding and makes a wish using the pixie dust on a doll house. After making her wish, she then appears as Elle Woods at Harvard Law School.

The video then goes into "Legally Blonde" territory, complete with Jennifer Coolidge reprising her role as Paulette. The pop star acts out famous scenes from the chick flick, as Grande works out on a treadmill with an '00s orange MacBook, watches men play football while wearing a pink fur jacket and of course, does the infamous bend and snap (it works every time!) Toulouse, Grande's real-life pup, makes his acting debut as Brusier Woods -- a Gemini vegetarian.

At one point, the music stops as Grande and Paulette (Coolidge) have some girl talk at the nail salon -- a direct nod to the scene originally with Reese Witherspoon. Grande makes a joke about her ex being "really cute," but having something that was "really big." Although Coolidge says it's about teeth, the reference is no doubt a shout out to Davidson's rumored manhood.

The clip continues with flashes from all four movies and ends with Kris yelling, "Thank you, next bitch!"