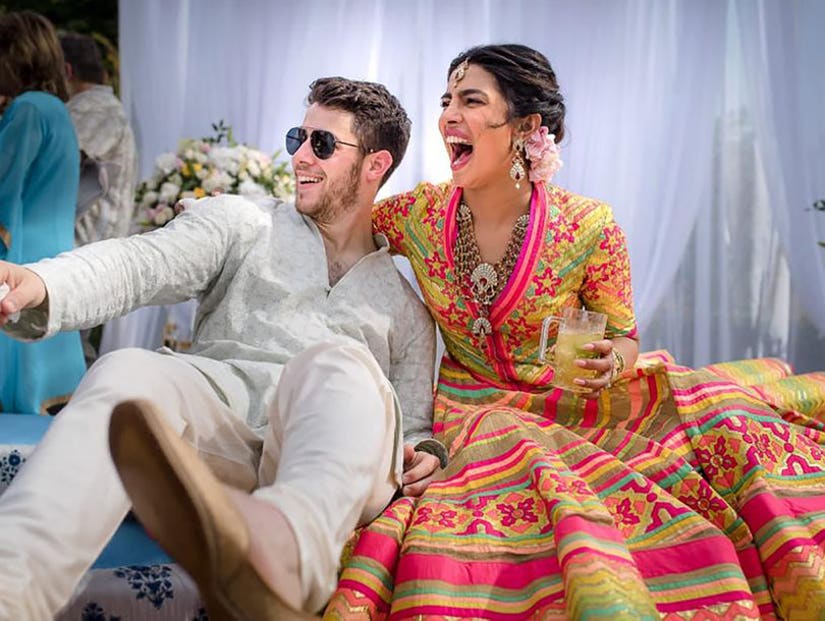 The couple, who share an 11-year age difference, have kicked off their wedding weekend in India.

The singer, 25, and actress, 36, tied the knot in India on Saturday at Umaid Bhawan Palace in Jodhpur, Rajasthan, according to PEOPLE. The nuptials come only four months after the couple got engaged in July.

Before the wedding, the two also took part in a traditional Mehendi ceremony, which both detailed on social media and in the photos above. "One of the most special things our relationship has given us is a merging of families who love and respect each other's faiths and cultures," they both shared on Instagram. "And so planning our wedding with an amalgamation of both was so so amazing. An important part for the girl in an Indian wedding is the Mehendi."

"Once again we made it our own and it was an afternoon that kicked off the celebrations in the way we both dreamed," they added. 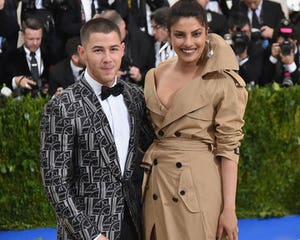 The bride and groom later exchanged Chopard wedding bands and both wore custom Ralph Lauren for the ceremony. The bridesmaids and groomsmen, including Nick's brothers Joe, Kevin and Frankie, also donned the designer.

The American fashion designer is particularly significant to Nick and Priyanka, who both wore Ralph Lauren at the 2017 Met Gala, the lavish occasion where romance rumors began after the "Close" crooner and "Quantico" star arrived together.

Nick and Priyanka's Christian ceremony was officiated by Nick's father, Paul Kevin Jonas Sr. Fireworks were seen outside Umaid Bhawan Palace after the ceremony (below). 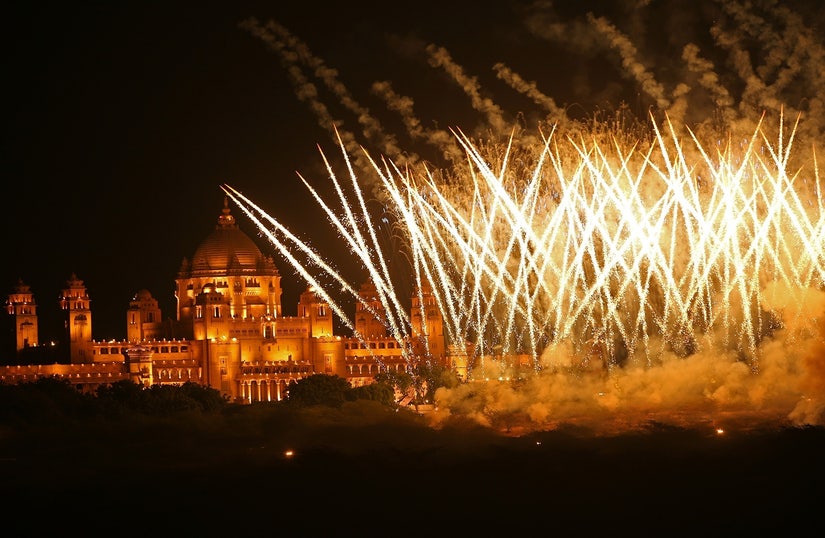 The newlyweds are said to also participate in a Hindu ceremony on Sunday to honor Priyanka's background as well. The weekend will no doubt be a star-studded affair, with Joe and his fiancee, "Game of Thrones" star Sophie Turner, among the attendees.

Earlier this week, Priyanka and Nick revealed details about how the two, who share an 11-year age difference, came to be. According to Nick and Priyanka, it all went down at the Vanity Fair Oscar party last year, where Nick saw his future bride-to-be for the first time. 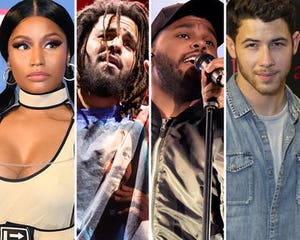 Nick said he was hanging out at the bar when he saw Priyanka walk by. "And I put my drink down, get on one knee -- this is in front of a bunch of people -- and I say, 'You're real. Where have you been all my life?' Like, loud," Nick Vogue during their joint interview.

In July of this year, Nick proposed in Crete, but Priyanka didn't see it coming. As far as she knew, it was her birthday trip. Nick said he waited until after midnight so the special moment wouldn't take away from her future birthday celebrations.

"I got down on one knee, again, and I said, 'Will you make me the happiest man in the world and marry me?'" Nick recalled. "No joke, she took about 45 seconds. Forty-five seconds of silence." Nick said that after waiting in silence, he eventually said to her, "I'm going to put this ring on your finger now unless you have any objections." Priyanka told Vogue she didn't say anything because she was speechless.

"As a girl, I've never had a guy tell me, 'I like your ambition,'" Priyanka explained to the mag. "It's always been the opposite." 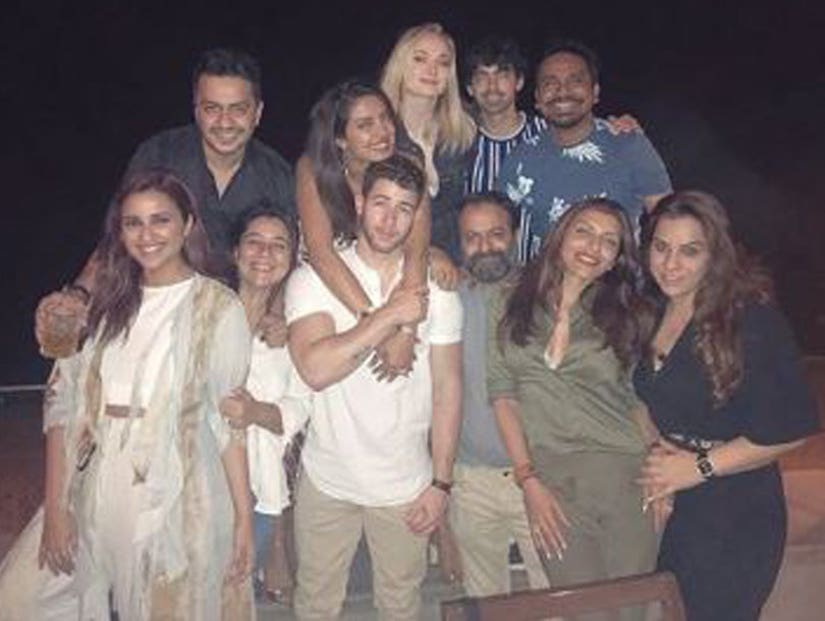