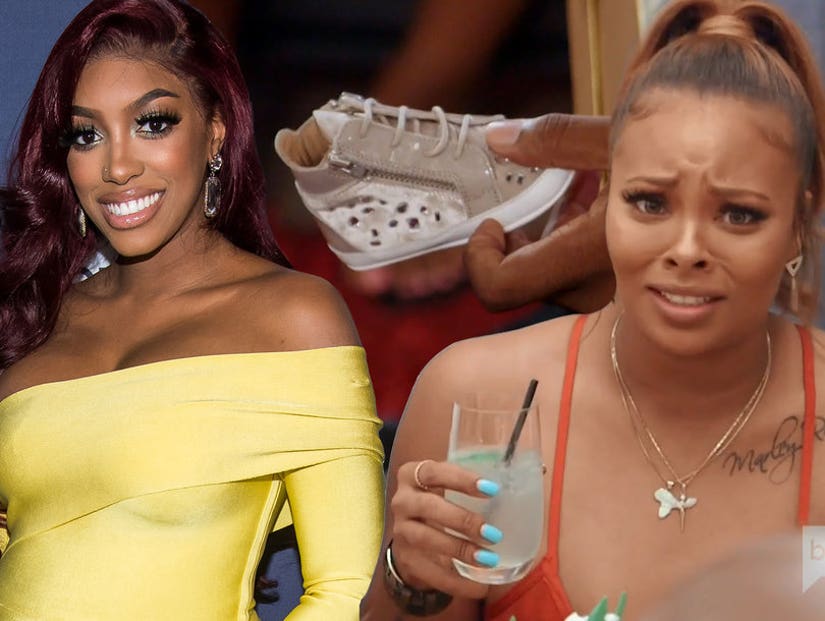 NeNe's friend launches an all-out war on Eva before Porsha pulls a pregnancy test out of her bra.

A LOT went down on Sunday's "Real Housewives of Atlanta," so let's get right into it.

For starters, NeNe Leakes decided to host a dinner party for a few of her friends. The theme was "Boobs and Bourbon." One of the ladies NeNe invited -- Yovana? -- was being weird and shady toward Eva Marcille from the moment Eva walked in. Eva didn't think much of it, but when NeNe made a comment about how the two of them went to the same high school, Yovana went in. 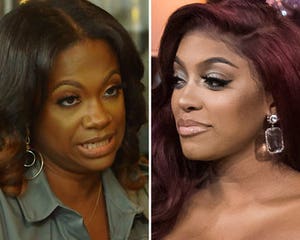 "You're really good friends with Tiffany, which is my BFF," Yovana said to Eva. Turns out, Tiffany was one of Eva's bridesmaids. Everyone started chiming in, asking how they didn't know each other if they had a mutual friend and went to the same college, but Yovana shut everyone up real quick.

"Let me get to my point!" she shouted over everyone. "Can I spit out what the f--k I'm trying to say?!" Everyone got quiet. She then looked at Eva. "My problem is..." she said.

"Oh, we have a problem?" Eva replied, seeming genuinely confused.

"So my question is, when we first sat down, you said, 'Very nice to meet you,' as if it was the very first time that you met me," Yovana continued in an eerily calm voice.

"I don't recall meeting you before?" Eva replied.

"That's impossible!" Yovana shouted. "I mean, I was that bitch! I was Yovana from Clark! C-A-U! I'm just trying to understand why she never spoke!"

"Because it was 16 years ago, and I don't remember people I saw at the grocery store two days ago!" Eva yelled while her husband clutched her hand to keep her from exploding. She maintained her cool (relatively), but boy did she go in on Yovana during her confessional.

"There's absolutely no way I'm going to hang out with anyone that opts to wear a flammable yellow dress, reminiscent of a banana-flavored condom," Eva told the camera. "Not happening!"

Later on, Porsha Williams planned a beautiful birthday brunch for her boyfriend, Dennis. When he came downstairs, she handed him champagne. She was sipping on something, too. He asked what it was, and she said, "Champagne, just a different kind."

After eating and chatting a bit about the feathers Kandi Burruss managed to ruffle last episode, Porsha handed Dennis his birthday present. He opened up the box. It was a pair of a baby shoes. He was confused. Porsha handed him a second box. It was a baby pajama set.

Holding up the shoes, Porsha said, "Aren't these cute?" They stared at each other smiling before Porsha eventually blurted out, "I'm pregnant."

Dennis fell back into his chair and let out the most adorable laugh. Then Porsha pulled out the pregnancy test (from her bra) to show him she was for real.

"I was drinking apple cider!" she confessed. "I wasn't really drinking champagne!"

The two giggled and hugged, then Dennis began to weep. It was precious. 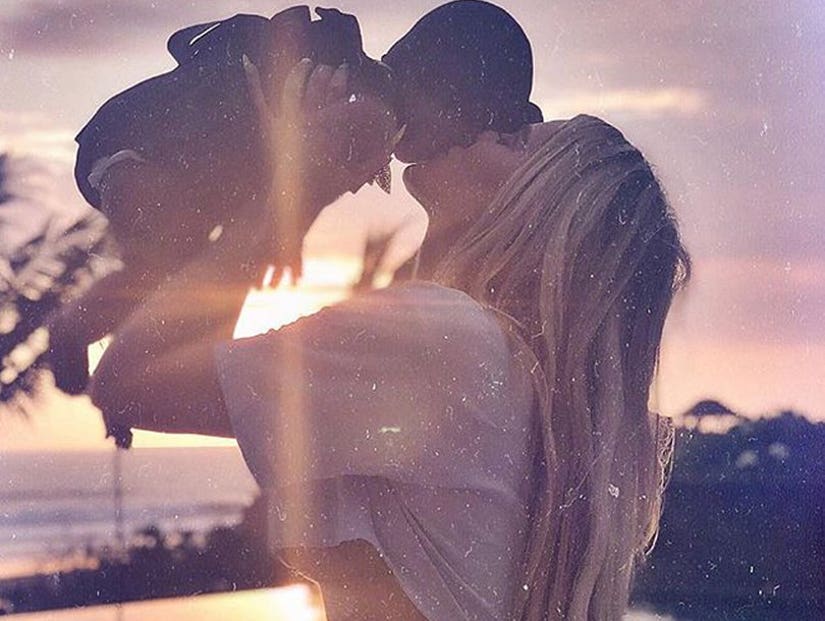