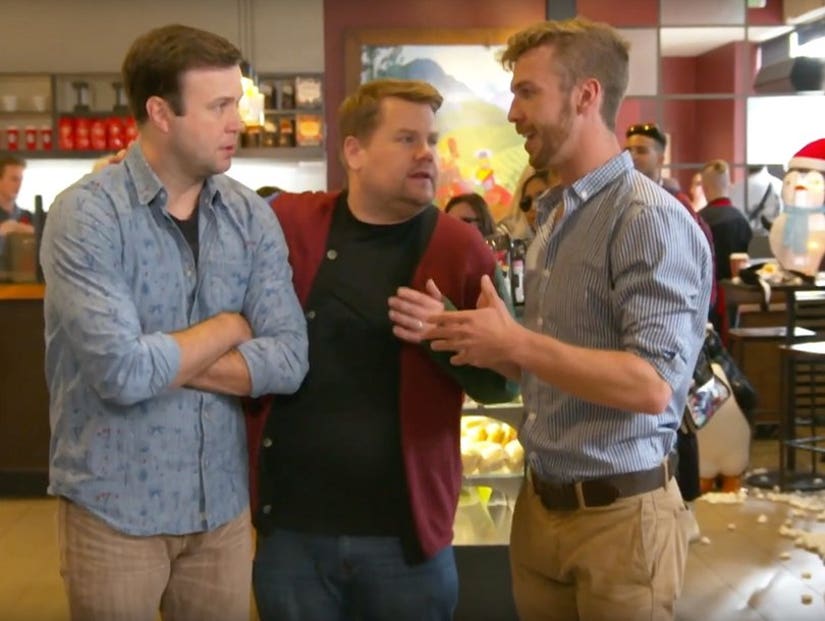 James Corden took over a Starbucks in Los Angeles to turn one lucky aspiring screenwriter's terrible idea for a romantic comedy into reality.

After taking a few pitches from random screenwriters working in the cafe, the "Late Late Show" host stumbled upon one so freakin' weird, it was the perfect candidate to produce inside the coffee shop with the baristas and other patrons acting alongside "Single Parents" star Taran Killam, who appeared to just randomly walk in to order a drink as well. 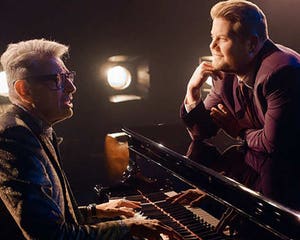 We're not sure if we entirely believe that premise, but that's okay, because the movie they were making was so outlandish, the suspicious coincidence of having a legitimate TV star walk in and agree to take on a role was the least our concerns while trying to suspend our disbelief to buy into romantic comedy, "Eight Arms, Three Hearts."

"It's about a man who falls in love with a giant Pacific octopus," screenwriter Connor said in his pitch, which immediately made Corden ask, "Have you ever seen 'The Shape of Water'?"

This premise is actually way weirder than that Oscar-winning drama about a mute woman falling in love with a fish man. In Conner's story, the man meets the octopus on Tinder, which seemed to really sell Corden, and he proceeded to run around the Starbucks to cast the project. He demands one female customer slaps Connor to audition for one of the main character's love interests -- no, not the octopus -- and then when she went soft, Corden took over and slapped harder. Several times. 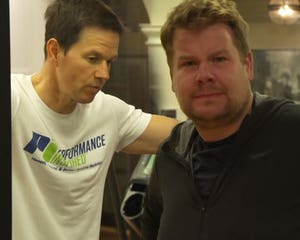 After that, Killam walked in. Everyone in Hollywood knows you need a star to sell a movie to audiences, so it really propelled the production forward. PA's turned the coffee shop into a low-budget movie set, using coffee cups to make octopus tentacles, and Corden went into director mode.

Enjoy one of the most creative late-night segments of the week below, which is so long it cuts to a Starbucks commercial toward the end before coming back.