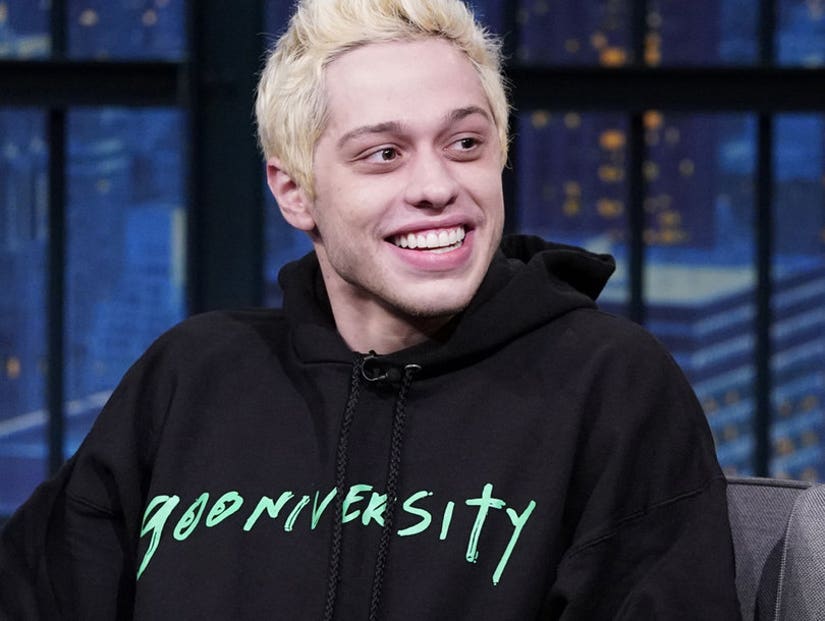 Fans rallied behind Pete Davidson with messages of support after he posted a concerning post on Instagram on Saturday morning.

"I really don't want to be on this earth anymore," he wrote in a note shared on his official page. "I'm doing my best to stay here for you but I actually don't know how much longer I can last. All I've tried to do was help people. just remember I told you so."

He ended the message with a heart emoji.

Nicki Minaj immediately went into his comments to share a series of heart emojis. She later tweeted, "We can be so insensitive. God bless Kanye & Pete. Being flippant about mental illness speaks more about you than them. Stop saying the word love & live it. Love is an action" and "Go & give this man some love. My God."

Taraji P. Henson also went on his page to comment, "I LOVE YOU SO MUCH!!! YOUR VOICE IS NEEDED. YOUR LIFE MATTERS!!!!! YOU MATTER BABY!!!!!! I love you and I SEE SO MUCH LOVE IN YUOU!!!! Your light is bright even if you don't see it at times ..... WE DO and by looking at a lot of these comments YOU LIGHT UP ALOT OF PPL and we are sending you all of the love you put into the world. YOU MATTER!! YOU ARE NEEDED!! I LOVE YOU."

Meghan McCain tweeted, "We need to be kinder to each other... Like I said on the show - it is okay if your holiday is not easy and happy. Sending love and light to Pete Davidson."

Davidson's friend Machine Gun Kelly also said he was "in the plane now on the way to see Pete," adding that he was "gonna make sure he's good, i promise. can't have my boy in the darkness like that."

Jon Cryer also wrote that he was trying to get in contact with Davidson, but heard he "is at SNL and accounted for." Cryer added, "We are thinking of you, Pete. You are loved. (And just a heads up, when you finally turn on your cell, it's gonna go apeshit for a little while)"

"Thinkin about U Pete. Hit me back bro," tweeted Kid Cudi.

Davidson's message comes after he applauded Kanye West for speaking out about mental illness earlier in the day, during a Twitter exchange with Pete's ex, Ariana Grande.

"Bravo Kanye West for standing up for yourself and speaking out against mental health," wrote Pete. "I can't explain to you enough how difficult and scary it is to be honest about stuff like this. We need people like Kanye. No one should ever point fingers at you for your bravery in speaking about mental health. I'm seriously disgusted."

On Thursday night, as Kanye was speaking out about Drake on Twitter, Ariana joked about "grown men arguing online" were distracting from her new single. This morning, West tweeted at her, "All of this foolishness weighed on my mental health so @ArianaGrande you know I got love for you but until you're ready to really make sure everyone's ok don't use me or this moment to promote a song."

She responded saying, "with all due respect, i don't need to use anyone to promote anything. period. i was making a comment ab what men were doing at the time vs. women. it was a joke which i understand now was probably insensitive. i apologize if i was in any way triggering and hope u feel well today."

When a fan told her to retract the apology because she did nothing wrong, Grande added, "for potentially triggering him? nah regardless of how i feel about a situation, i can also care about their mental health."

Following Pete's posts, Grande then tweeted, "man i'm so sorry i told a dumb joke. i really didn't mean any harm. all i want everyone to be healthy and happy. so desperately. please. my god." In another post, she wrote, "I'm downstairs and I'm not going anywhere if you need anyone or anything. I know u have everyone u need and that's not me, but i'm here too."