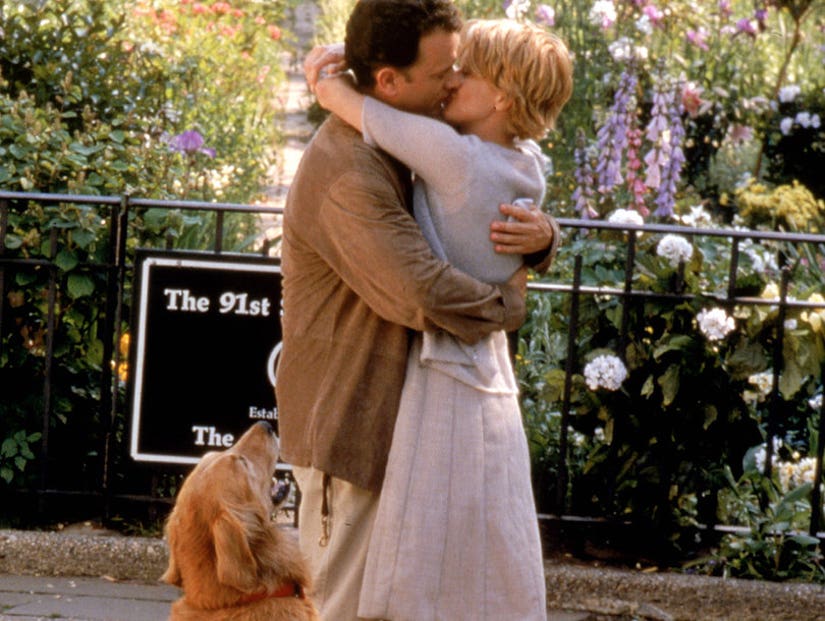 "You've Got Mail," the beloved romantic comedy starring Meg Ryan and Tom Hanks as two business rivals who unknowingly meet on the internet and fall in love, turned 20 on Tuesday. In addition to being exceedingly clever and effortlessly charming, the Nora Ephron film essentially ushered in the era of online dating and was in many ways ahead of its time.

So, why does "You've Got Mail" feel so horribly dated? 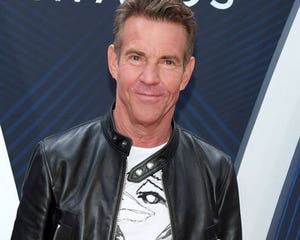 Dennis Quaid Gets Incredibly Candid On Divorce, Drugs ... and Having Sex Where?!

The movie paints a delightfully sweet portrait of love in the late '90s, a very specific point in human history where the internet was in its infancy and civilization had just begun grappling with how modern technology might affect matters of the heart.

But the world has changed quickly and now Joe (Hanks) and Kathleen's (Ryan) AOL-engineered love story feels about as modern as the Windows 98 operating systems they use to send their e-mails. And not just because the film imagines a universe where New York City subway trains actually run on time and retail employees can make rent in Manhattan, either -- the film's central premise simply doesn't compute in today's world.

Here are the five biggest reasons "You've Got Mail" could never work in 2018:

Joe and Kathleen meet in an AOL chat room. They strike up a conversation using the pseudonyms "Shopgirl" and "NY152" and soon begin emailing each other about everything under the Sun, from the seasons to their favorite books. They do this without ever exchanging pictures, phone numbers, or vital bits of information like their real names. And then they fall in love.

That just doesn't happen anymore. Digital meeting spaces are more abundant than ever in 2018, sure, but they don't offer much semblance of anonymity. Modern-day Joes and Kathleens might well meet on dating apps like Tinder, eHarmony, or FarmersOnly.com, but for anyone to engage with them in conversation they'd first need to upload multiple pictures and populate their profiles with personal details of their pets and hobbies.

This would be a fatal flaw for a remake, considering the entire "You've Got Mail" premise is dependent upon the leads falling in love online while not recognizing one another in real-life or realizing they're actually rivals in the same industry. In the 2018 version, the two would exchange flirty selfies halfway through their first text message and the movie would be over before it started.

But what if today's Joe and Kathleen could somehow could strike up an anonymous conversation? What if they met while, like, posting with burner accounts on an Upper West Side subreddit? Well, there's zero chance their interactions would stay anonymous for long because... 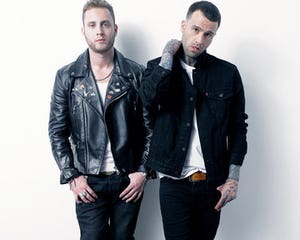 Kathleen spends the first half of the movie talking up her digital darling in conversations with her friends at the bookshop. They debate the ins-and-outs of online infidelity but generally encourage her to just blindly meet up with him. At one point, Jean Stapleton of "All in the Family" fame even cracks a joke about the time she tried having cybersex but "kept getting a busy signal."

In today's world, if Joe and Kathleen had defied the odds and managed to remain anonymous, her confidantes would talk some sense into her before ever letting them meet.

After all, since "You've Got Mail" premiered there's been a Craigslist killer and a whole TV show about catfishing. The world has gotten scarier and friends no longer let friends meet up with anonymous internet dudes, especially in a city with as many off-balanced people as the Big Apple.

Kathleen's friends would at the very least convince her to do a modicum of search-engine sleuthing before meeting Joe in person. And Joe does not seem like the type of guy who can cover his tracks online, so just typing his handle or email address into Google would probably bring up his Instagram account, Etsy wish list, and the three-star Yelp review he posted of the bodega on the corner. If that doesn't work, there are more drastic measures she could take like tracing his IP address and making sure he isn't scamming her from the other side of the world. In either case, she'd know Joe's name, face, and credit score long before he sat down to meet her for coffee. 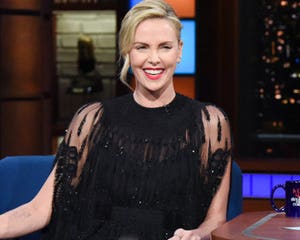 They Sold Paper Books? In Stores?

"You've Got Mail" foretold more than just the online dating revolution. With its subplot revolving around Joe's giant bookstore franchise forcing Kathleen's tiny children's bookshop out of business, the film also correctly predicted what the rise of big-box stores could mean for independent retailers.

But what it didn't see coming was how quickly and efficiently digital retailers like Amazon would similarly eviscerate their big-box competitors. Just ask Borders, a 40-year-old chain of booksellers that went bankrupt a few years back, or even Barnes & Noble, which has seemingly teetered on the verge of extinction for years.

Setting aside the fact many people don't even buy physical copies of books anymore, this kind of love story between a small shop owner and a wealthy magnate in competition with each other just couldn't work in 2018. Either Joe's company would be just as vulnerable as hers with Amazon putting both out of business, or he'd need to be re-written as a Jeff Bezos type with little use for brick and mortar expansion. In the latter scenario, Joe would never need to set foot in Manhattan to put its bookstores out of business, so there'd be little opportunity for him and Kathleen to even meet. If anything, her small business probably would've gone under years earlier. 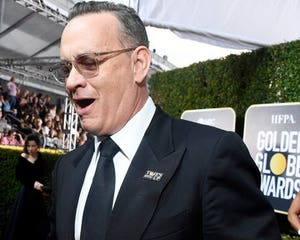 Halfway through "You've Got Mail," Kathleen gets stood up by her internet crush just as she's supposed to meet him for the first time. While waiting for her blind date, she has a chance run-in with Joe, the man who put her out of business. Or so she thinks.

What both Joe and the audience knows is that he is her blind date, but after realizing Kathleen is the woman he was there to meet he has decided not to reveal himself as such. Thinking she's been stood up, she grows dejected and vulnerable, allowing Joe to manipulate her into becoming his offline friend. Joe in fact never reveals himself to be her online suitor until the final scene of the movie, after he's already won her heart. His deception is weirdly something he's never asked to apologize for, presumably because once she finds out what he's done she's already so darned smitten.

But his scheming would never work in 2018.

Even if a modern couple agreed to a blind date in this day and age, there's no way they'd attempt to coordinate the actual date without exchanging mobile numbers. Joe and Kathleen would have swapped info as soon as they decided to meet in person. They'd also likely text earlier in the evening leading up to the date.

"Just got off the train.""Great, I grabbed a table by the door.""K. I'll be there in 5.""How will I recognize you?""I'll be the guy in the Armani suit who looks like the dude from 'Big.'"

Even if they didn't text, their dating app would probably alert her that Joe is nearby. And when he didn't show up she'd call him... and put two and two together after the guy at her table's phone rings. Even if she never managed to figure out Joe was "NY152," the existence of cellphones would totally blow his excuse the next day.

In the film, Joe later explained he missed their date because he got held up with something at work. It's a shaky excuse at best, even back then, but completely inexcusable in 2018 when sending a text to reschedule is so easy. There's no way Kathleen would have forgiven him for ghosting her, and they never would've lived happily ever after. 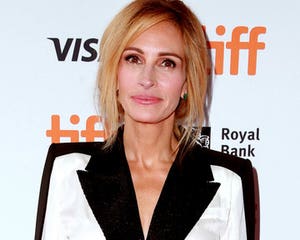 Why Julia Roberts Doesn't Want To Do Romantic Comedies Anymore

"You've Got Mail" was based on Ernst Lubitsch's 1940 rom-com "The Shop Around the Corner," starring James Stewart and Margaret Sullivan as two employees at the same store who unknowingly fall in love with after sending each other a series of anonymous letters.

Despite moving from paper to digital, the recipe for love is similar in both films: a character writes letter, they wait breathlessly for a response, and then they write another one. As the cycle repeats, their feelings evolve. The love doesn't just spontaneously appear; it grows over time.

Kathleen speaks to this in "You've Got Mail." She and Joe are engaged in an intimate, purposefully drawn out ritual -- a relic of a bygone era when the pace of life was just a bit slower. She's fueled by the anticipation of each email Joe might send her, and logging onto AOL and checking her messages has for her become a sort of erotic act. When his emails finally do arrive they fill her with ecstasy. She reads them and re-reads them, feasting on every sentence. Then she formulates a response. After writing him back, her imagination once again drifts off to her inbox and his next letter

Thematically speaking, one of the film's messages is good things come to those who wait. But no one waits for anything in 2018. Nowadays, all gratification is instant and nearly everyone spends multiple hours a day on their phone or in front of their computers. When they get a message, they get it right that very second. The idea of "getting into the mood" before logging on and checking one's email seems laughable.

In fact, the whole romanticized notion of sending a formal, lengthy email feels silly. Whereas Joe and Kathleen's 1998 exchanges are filled with witty jokes, literary references, and poetic phrases, modern courtship has devolved into a combination of Snaps, sexts, and peach and fire emojis. So, good luck to anyone trying to remake "You've Got Mail" in the years to come. Who knows how much longer the word "mail" will even be relevant. 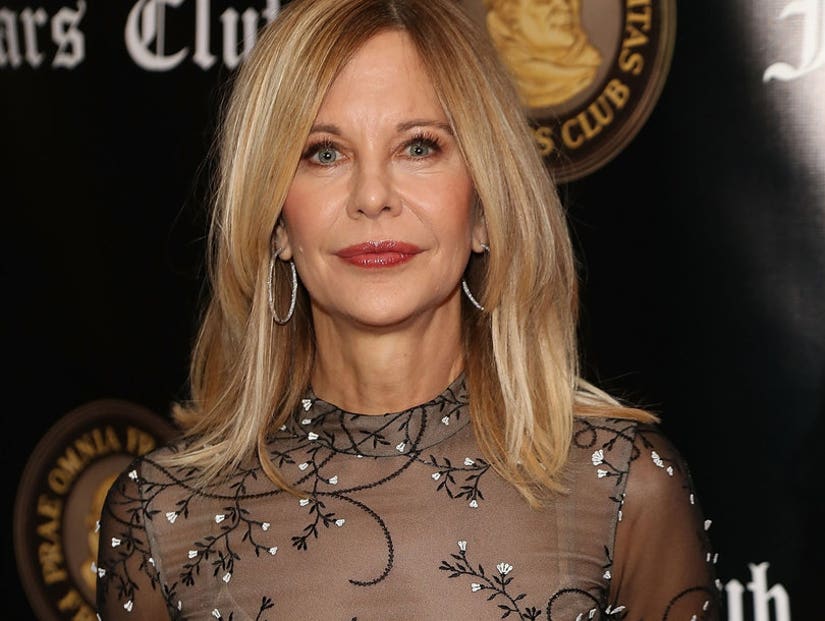