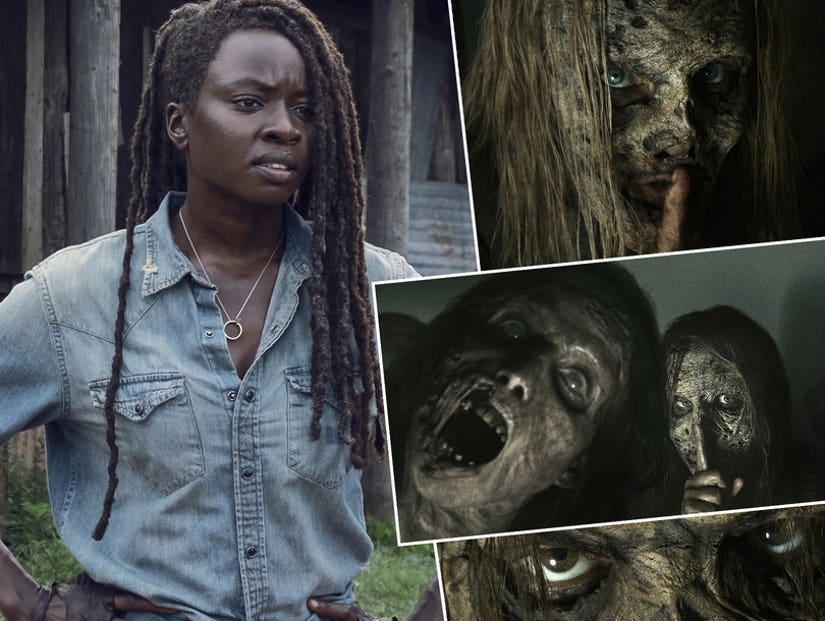 The Whisperers have officially arrived on "The Walking Dead" and now, we're getting our first real look at their leader.

Samantha Morton ("Minority Report") will join the show for the second half of its ninth season as Alpha, the bald HBIC of the new group, who clearly pose a threat to the survivors we all know and love.

As we all learned in the mid-season finale, the Whisperers wear the skins of slain walkers to move from place to place unnoticed. They're also responsible for the death of Jesus, who will be mourned when the show returns.

In the key art below, Alpha is the nasty looking one with the blue eyes: 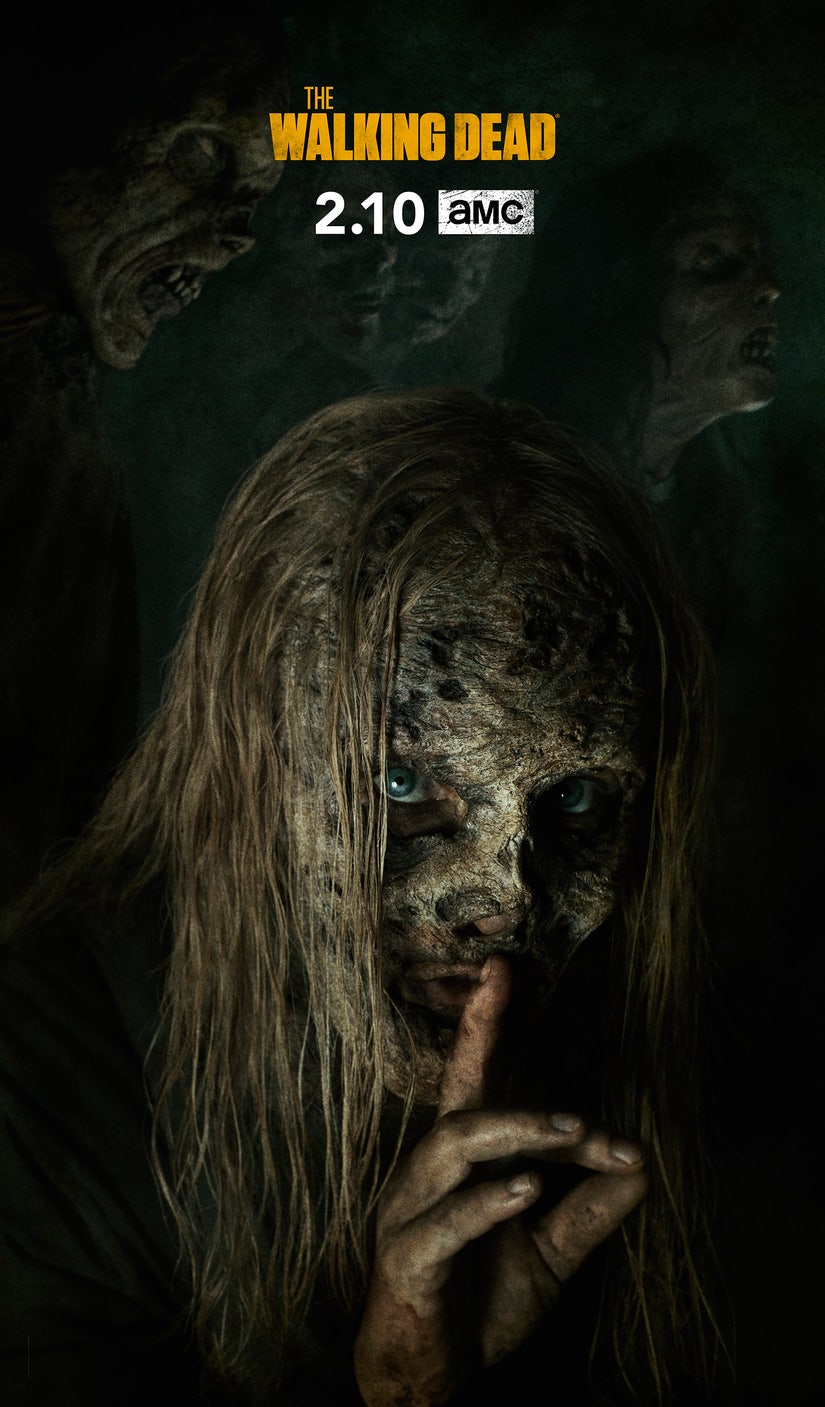 According to showrunner Angela Kang, the first episode back will be a "direct pickup" from where the finale left off. "We're gonna find out what happens to that group that was in the cemetery as they try to make their harrowing journey back home to bury Jesus."

"We'll get to know more about this group," Kang also told EW of the Whisperers, "and their brutal survival of the fittest philosophy and how that really plays out in horrifying ways."

We saw a bit more of them in the trailer for the rest of the season, which included glimpses at Alpha's right hand man, Beta, and daughter Lydia, both of whom also appear in the comics.

"The second half of 'The Walking Dead' Season 9 finds our groups of survivors, both old and new, continuing to deal with the impact of events that took place during the six years that have passed," AMC added. "Since the disappearance of Rick, many of these characters have become strangers to each other, and in some ways, strangers to themselves. What they do know is that they are in undeniable danger. They will soon realize the world just beyond does not operate as they thought. The group's rules and ways of survival no longer guarantee their safety."

"A whole new threat has crossed their paths, and they soon discover it's unlike any threat they have encountered or endured before," the network added. "The group will start to question what they think they see. What may appear to be normal in this post-apocalyptic world could actually be more disturbing and terrifying than when the apocalypse first broke out. All that is certain is the stakes are high and numerous."