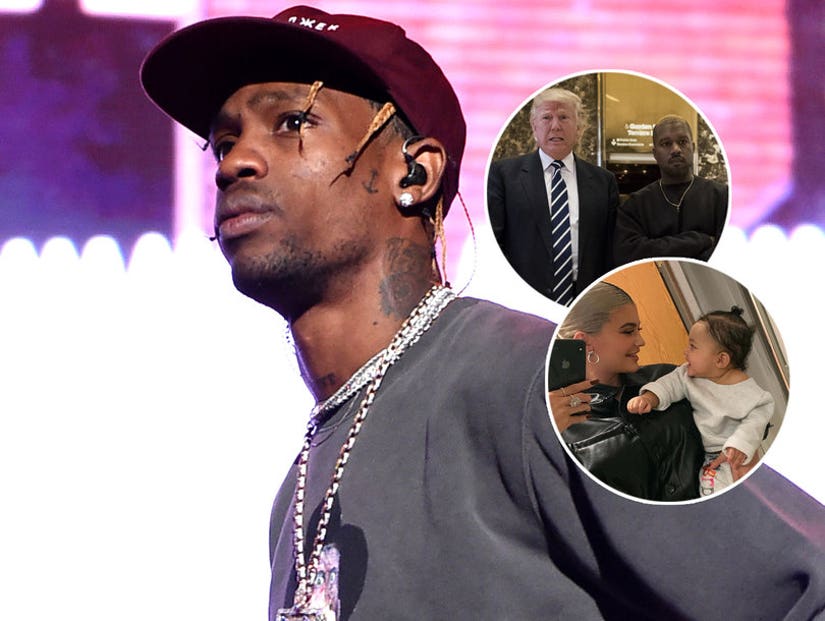 "People don't understand how real my girl is," the rap superstar tells Rolling Stone of Kylie, and says he won't let his daughter do this activity.

It was a transition that took the world -- and Travis -- by storm, but he's enjoying every minute of it.

Admittedly a very private guy, the "Astroworld" rapper opened up to Rolling Stone in a lengthy profile published Thursday about topics that have obsessed both the media and pop culture fanatics all year; topics including Kylie's secret pregnancy with their first child, Stormi Webster, and Kanye's very public proclamation of love for our controversial president, Donald Trump. 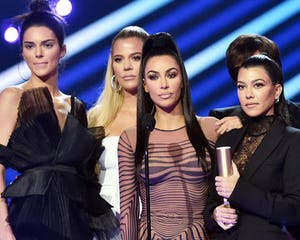 Travis and Kylie have been dating since April 2017. According to the rapper, they first hooked up at Coachella, where the makeup mogul made her way onto his tour bus and followed him on the road. They were both "smitten," according to the Rolling Stone reporter who interviewed Travis. The rapper said he thinks it was in early May, after only weeks together, that Kylie conceived Stormi. Their first child -- both individually and together -- was born last February.

Although Travis is now head-over-heels in love with his baby girl, he wasn't always thrilled with the idea of having a daughter.

When it comes to parenting, Travis and Kylie are quite serious about making sure "nothing" comes before their child. Travis also feels kids today are growing up addicted to technology. "That's why with Stormi -- no TV," he said. "That TV shit is out." 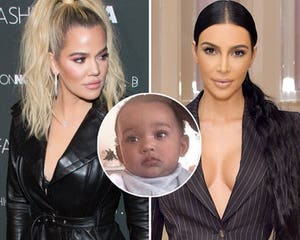 Aside from agreeing to keep their daughter away from television, Travis and Kylie also bond over religion.

"We both believe in God," he said, adding that when she told him she was pregnant, "we felt like, 'This is something special.' And kids are something we kind of talked about when we were getting busy."

At first, he said, "we was just two kids, f--king around. Maybe like the first week, you don't know if it's real or a fling. Then the second week, you're like, 'Whoa, I'm still talking to her, she's responding, I'm responding. We ain't run out of a thing to say.' And it got to a point where I was like, 'I need her with me to operate. She's that one.'"

"We'll get married soon," he added. "I just gotta sturdy up. I gotta propose in a fire way."

Travis went on to gush over his high-profile baby mama, who he feels is misunderstood.

"People don't understand how real my girl is, how ill she is," he said. "They have assumptions, bullshit-ass remarks of what they think is going on. Nah, bro... She's the coolest motherf--ker of all time." 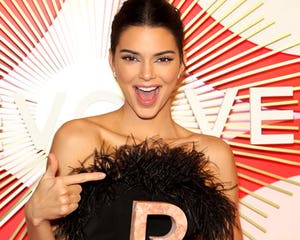 Travis said fatherhood has filled his head with concerns he couldn't have imagined caring about just a few years ago, including politics and climate change, but mostly climate change. "What are we doing? What can we do? How can we fix it?" he said of the latter. "You become a father, and you start checking in on shit you never thought you'd be checking in on."

When asked for his thoughts on onetime mentor and Kylie's brother-in-law, Kanye, coming out in support of President Trump, Travis laughed "with evident discomfort."

"I don't know, bro," he said. "I mean, shit, I'd tell him, 'Bro, chill. What you gotta understand is, young black kids are looking up to you, and the message you used to preach in your earlier music? It'll make a young black kid -- it'll make any kid -- confused.'"

"That shit was -- come on," Travis continued. "But when Ye get on some shit, he on some shit. I don't know if that n---a just liked the hat or what, dog. Ye deals with different shit in his life. That's family. You don't wanna desert your bro. Everybody go through shit. He still a dope musician. But he's definitely hit me up about it, and I've told him, 'Man, you got kids looking up to you, feel me?'" 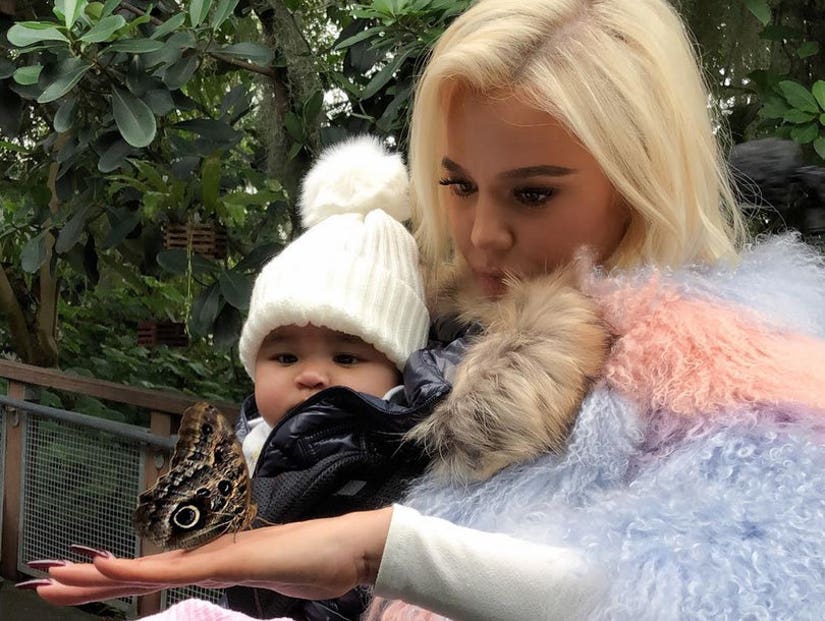