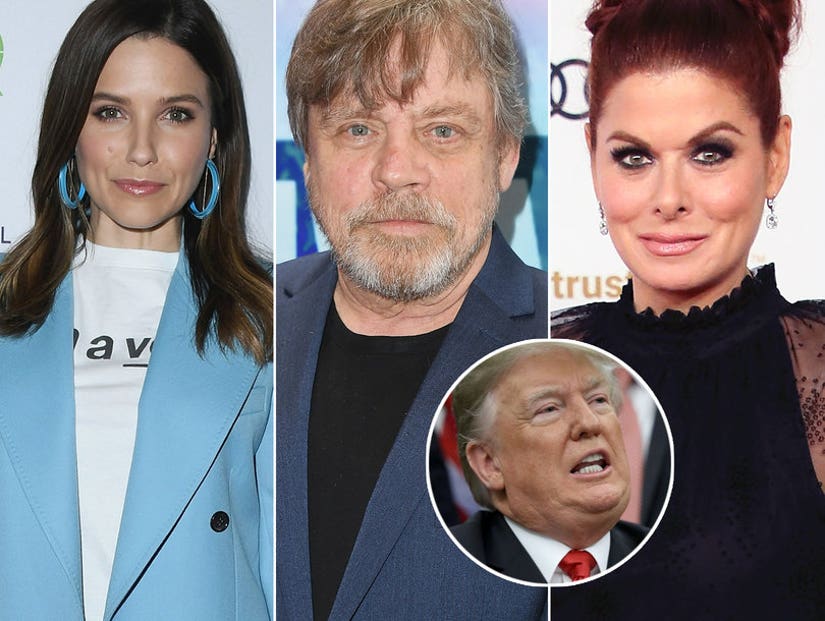 Calls for the president to step down have been dominating Twitter since Friday morning.

Mark Hamill, Sophia Bush and Debra Messing are among the Hollywood stars joining in on the hashtags dominating Twitter to demand President Donald Trump resign.

"#TrumpResign," "#TrumpResigns" and "#ResignTrump" have been trending for days on the social media platform, as Americans from all walks of life weighed in on the conversation during an especially no good, very bad week for President Trump. 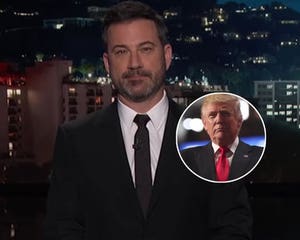 In addition to the partial government shutdown, due to Trump refusing to sign a budget bill without about $5 billion approved for that U.S.-Mexico border wall he's been demanding since the start of his presidential campaign, Secretary of Defense Jim Mattis has resigned with a letter that calls into question the president's ability to work with allies around the world. Trump also angered Americans on both sides of the political aisle when he suddenly announced he's withdrawing U.S. troops from Syria.

And of course, his tweets aren't helping the situation. After declaring on live television he'd be "proud" to shut down the government over the wall, he's now blaming the Democrats. CNN reported Saturday that funding for roughly for a quarter of the government expired at midnight and that Capitol Hill has been put on pause for the third time this year. #TrumpChristmasShutdown also became a trending hashtag for Americans to vent their outrage. 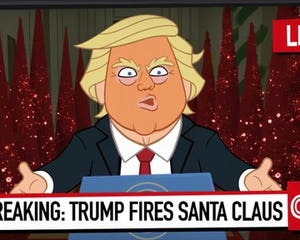 "Star Wars" icon Mark Hamill slammed Trump for pitching the wall to his supporters as something Mexico would pay for, and then insisting the bill has to fall on taxpayers. Plus, he's still stunned by Trump's consistent sloppy grammar.

"'The fact is there is nothing ELSE'S that will work?' Seriously?" Hamill tweeted. "I wish you knew GRAMMAR better than anyone. At least get a proof-reader, dude! As for technology, you know you're on film struggling & failing to close an umbrella, right? #MexicoWillPayForTheWall #TrumpResign"

"The fact is there is nothing ELSE'S that will work"? Seriously? I wish you knew GRAMMAR better than anyone. At least get a proof-reader, dude! As for technology, you know you're on film struggling & failing to close an umbrella, right? #MexicoWillPayForTheWall #TrumpResign https://t.co/TKYCdrAT5u

The Resistance is tweeting #TrumpResign tonight and has gotten it trending. What say ye? Help with a RT of this, if you'd also like to see Twitler depart in disgrace.

#ResignTrump Just fucking resign, because this photo is far worse than that OTHER photo. pic.twitter.com/NUtKk1aNUo

#TrumpResign
I'm softly chanting this out loud to also get it trending spiritually & karmically.

If y'all don't leave trump from the treason, the ban of an entire religion, the tax cut for billionaires, or the the separation of families as punishment for daring to seek asylum from mortal danger, at least acknowledge there's a floating lady's head in the window behind him pic.twitter.com/gJsUySVeJ6

So who is gonna make some steel slats graphics underwear for my Christmas gift? #TrumpResign

Donald.
If you resign you'd be home now. #TrumpResign pic.twitter.com/EEzuZXnT6N

Is this real life? https://t.co/goXtNq1FQ6

When Mexico sends their coyotes, they're not sending their best. Ok? https://t.co/yleDFo10xa

No one stepped up and said, "Enough! This will not stand!" No one stopped the match from continuing. Why? Why don't we do what's right when we've been taken hostage by hostile forces? A racist official took this match hostage and no one stopped him.