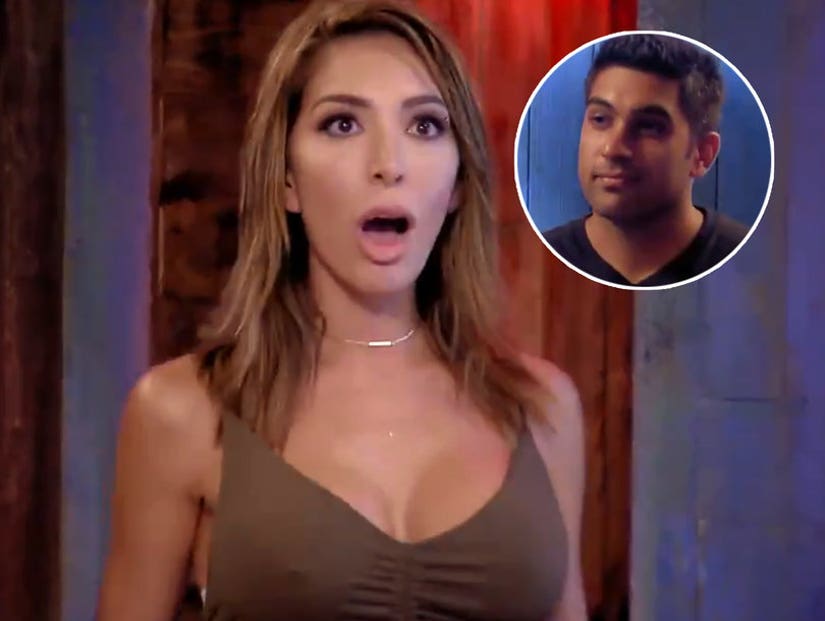 According to the reality star's ex, the couple broke up because he ordered a steak.

Farrah Abraham came face to face with her ex-boyfriend Simon Saran during Thursday night's episode of "Ex on the Beach" and things did not go so well.

The "Teen Mom O.G" star got an unwelcome surprise from Saran when she was sent into the MTV show's Shack of Secrets. According to Simon, the two ended things on "bad terms" after dating on and off for nearly two years, and he decided to appear on the show to make "peace" with his former flame.

Despite the supposed olive branch, Saran came in hot. 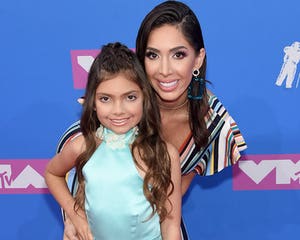 "The only reason I came here was to make my peace with Farrah," he told the camera. "She's really hard to get along with, so this is going to be interesting."

It proved to be more than "interesting" as Abraham wanted absolutely nothing to do with Saran. After seeing her ex, the reality star ran out of the Shack of Secrets and up into the living room, where she vented to her fellow contestants.

"That person shouldn't like be around me," she said. "My ex who took money from me, lied to me, doesn't give a shit."

The adult film star proceeded to lock herself in the bathroom to hide from Simon, but that didn't stop him from making himself comfortable in the house. The San Diego native was interrogated by Abraham's costars and told his side of the story.

While Abraham accused Saran of trashing her family on social media and ruining her daughter's birthday party, Saran one of their rockier relationship moments point involved a piece of steak. According to her ex, Abraham "flipped out" when he ordered meat to his hotel room.

"I don't know if it was the smell of the steak or whatever it was, but she said, 'You're not eating the steak -- get the f--k out of the room! Go eat it in the hallway,'" he recalled. 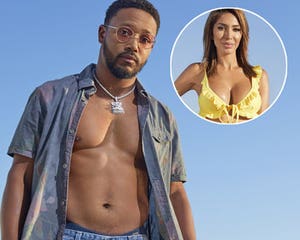 Saran said his "breaking point" came when the former "16 and Pregnant" star allegedly lied to him about working in the adult entertainment business, filming a solo video without letting him know.

Abraham eventually decided to "get this shit over with" and sit down with Saran, but the conversation quickly turned into another fight. Abraham then managed to get her ex thrown out of the house, as he was the first to be eliminated from the show.

"I genuinely came here to make my peace with Farrah, but she doesn't wanna listen, because she always wants to point the finger at the other person," Saran told the cameras. "The only reason I came here was to actually help Farrah. She doesn't listen to anything -- that's her biggest weakness."

"He just loves that I wasted my energy on him," she said. 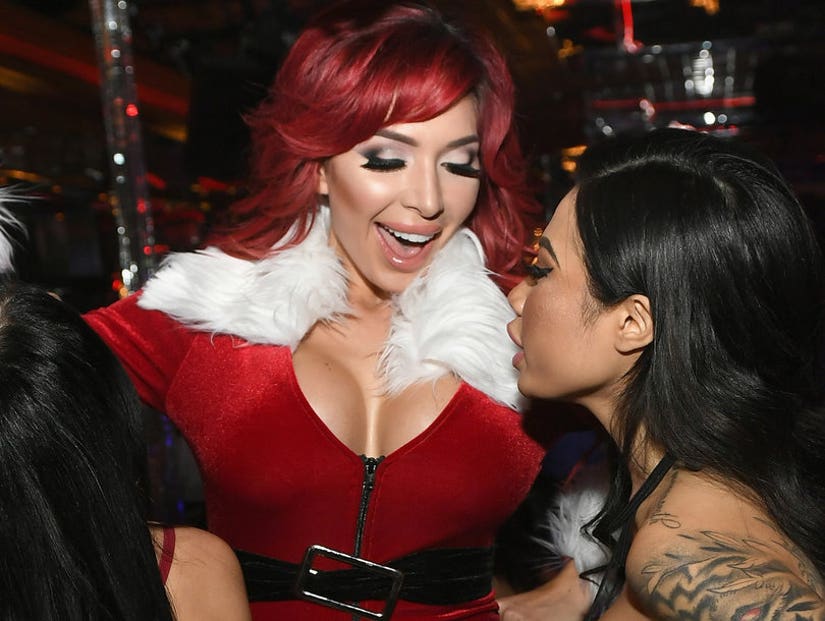