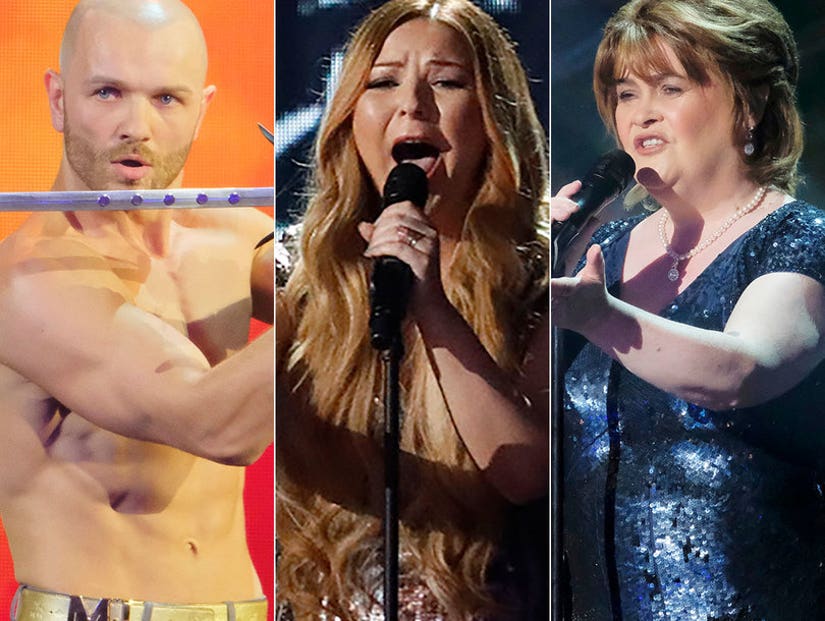 Past champions and finalists from around the world come to the "AGT" stage including Susan Boyle, Vicki Barbolak and fist-ever "AGT" winner Bianca Ryan.

Things are a little different on this shortened season of "America's Got Talent: The Champions." Across just seven weeks, these are the best of the best from the worldwide "Got Talent" franchise, but who is the best?

And this isn't going to be an easy choice, because some of these names are icons from the "Got Talent" stages around the world like Susan Boyle, The Clairvoyants, Bianca Ryan and Alex Magala. Joining them were comedians Preacher Lawson and Vicki Barbolak as well as a few other memorable acts from throughout the years.

It was a fantastic collection of talented acts that proves this show really has brought some absolutely amazing performers to the stage, and it's exciting to think of them competing against one another.

Fair warning, since I'm safe at home, I'm probably going to be a little harsher than my colleagues Howie Mandel, Mel B, Heidi Klum and Simon Cowell. But I might be nicer, too. Maybe. Even though it's basically a crap shoot this year, I'm gonna rank them from worst to first to see who emerges as my winner.

(comedian) Vicki competed just this past summer, but fell to fellow comic Samuel J. Comroe. She was easily one of the funniest comics on the show, though she started leaning on "trailer nasty" a bit too much as a gimmick. She wasn't as strong as we've seen her before, which is disappointing as she has so much natural charisma and charm. That's not going to win anything, though.

(dance crew) This dance crew took the crown in "Australia's Got Talent" back in 2010. After winning, they became a legit boy crew and have found success down under, but now they're looking to crack the U.S. The incorporation of singing into this performance, though, actually served to dilute both aspects of what makes them special. It was cool seeing legitimate b-boy technique from a boy band, but they didn't bring enough of it to really stand out and wow above some of the other acts.

(dog act) Fifth place finishers in 2017, this was one of Simon's all-time favorite acts; he fought for her after her first audition. Now, a year-and-a-half later, she's seeking redemption after a rough final performance. Once again, she did some storytelling in her piece and Hero did all the cute things he does. And that ending, where he climbed inside the suitcase, was absolutely adorable.

(ladder act) Uzeyer suffered a terrifying fall on the live shows atop a tall ladder back in 2015 that ended his journey. His balance is absolutely uncanny and he did bring back out the big ladder that caused his fall last time. While it went flawlessly this time around, he was still more mind-blowing on the smaller ladder. We could watch him jump and dance around on that little thing for hours.

(mentalists) This duo lost to Grace VanderWaal in 2011, but managed to blow everyone away every time they hit the stage. Once again, they blew our minds with a crazy performance that even incorporated Howie's ridiculous suggestion of bringing pants on a dream date. They may not have won because of America's obsession with kid singers, but they are a world-class act. It wasn't the most exciting presentation we've seen from this type of act, but the tricks themselves are amazing.

(singer) The 2009 runner-up of "Britain's Got Talent" doesn't need to prove herself anymore, but she came back to do it all over again. She went viral back then and seems to still be the sweet, unassuming woman who blew everyone away nearly a decade ago. And then she did it again with a powerful vocal performance that looked absolutely effortless. Susan Boyle put "Talent" on the map for a lot of people -- and some might argue served as an inspiration for "The Voice" and the idea of not judging a book by its cover -- so we're not even made that Mel B assured her place in the finals with her golden buzzer.

(singer) The first-ever winner of "AGT" back in 2006, Bianca was just a little girl when she took home that title. Since then she's recovered from vocal cord paralysis and is seeking a return to singing and to get her career back on track. What a stunning take on A Perfect Circle's "Say Something." The song is usually lacking in dynamic range, but she found places to soar and nailed an incredible range and maturity. If she was seeking to prove she was the champion, she absolutely did. It was an emotional and powerful performance with incredible vocal control.

(contortionist) The 2016 "AGT" finalist continued to impress with her incredible acrobatics and strength, but was it enough to win a "Champions" edition of the show? Not really. There was nothing that she did that hasn't been seen by other contortionists, and while she brings a delicate artistry to her performance, it lacked those wow moments that you want to see in someone bringing something to the stage you could never do yourself. And on a show that never lacks in wow, it's hard to stand out without it. All of that said, she is absolutely incredible at what she does and knows how to make a show out of it.

(sword swallower) The 2014 winner of "Russia's Got Talent" brings his death-defying and terrifying act to the "AGT" stage for the first time. We've seen sword swallowers but nothing even close to what Alex just did. Hanging from a sword inside of him and then the death drop that could have impaled it deeper into his body. That was edge-of-your-seat terror and absolutely the kind of act that can and should win a show like this.

(comedian) Preacher came up just short of Darci Lynne in 2017 on "AGT," so he's seeking redemption. Easily one of the funniest and most charismatic comedians ever on the show, he brought it again. And we don't mean he made us chuckle, this was one of the funniest sets we've seen. Preacher is so ready for the big time it's not even funny. This guy deserves everything great to come for him. His insight into life and how he weaves a story just keeps the laughs building until you can't breathe. It's a rare gift and he's a rare comedian.

Susan Boyle is a lock thanks to Mel B's golden buzzer, though she publicly admitted she'd have given it to Preacher Lawson instead if she could. Would the 50 State super fans pick up where she left off? Well, Terry wasn't going to make it that easy. First he set up a Top Three.

Bianca Ryan was first in that group, followed by Preacher Lawson and finally Sofie Dossi. But that wasn't enough torture, he had to place them as well.

Is that the end of the road for Bianca and everyone else? Who knows. We're not entirely sure the structure of this season beyond these first five episodes getting through the 50 returning acts and finding 10 finalists. Is there a wild card chance for anyone? We'll just have to wait and see. 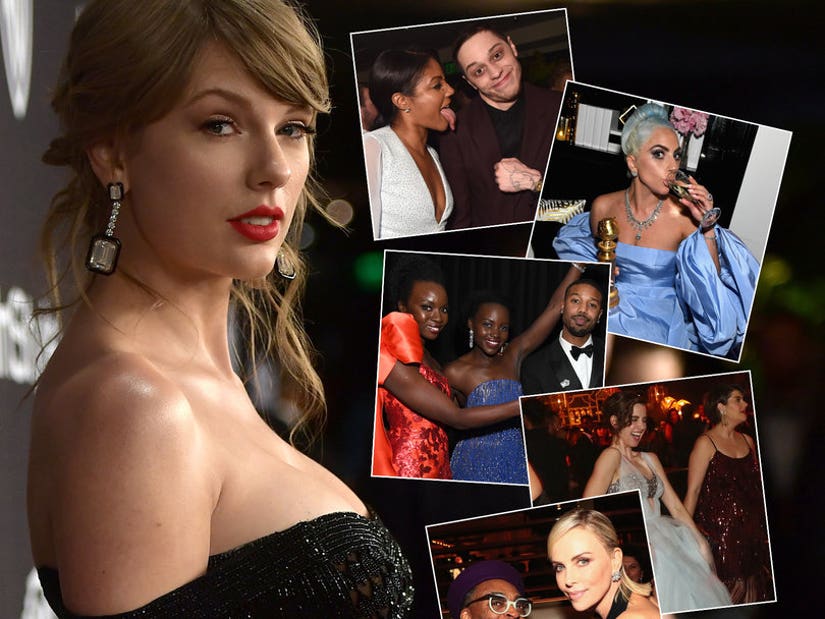