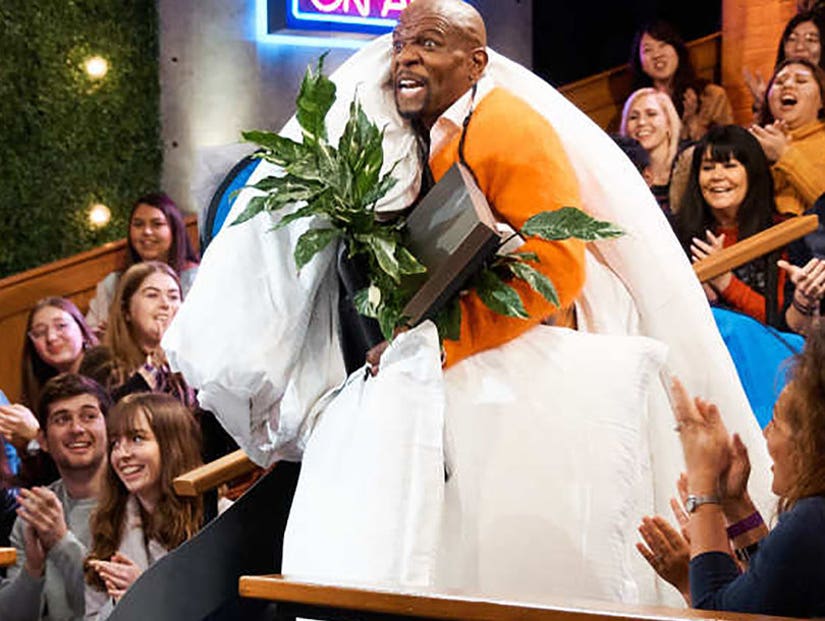 The "AGT: The Champions" host has all sorts of items piled into his arms and on his body including a flat-screen TV, a house plant and a cutout of Terry Crews.

Something tells us Terry Crews is not going to be signing up for the "How Much Can Terry Carry?" game show after this "Late Late Show" appearance.

The "Brooklyn Nine-Nine" star seemed to have no idea what was going on Tuesday night when James Corden started talking about how much Terry likes to talk about how much he can carry. "I've never said that," he said repeatedly, but James wasn't listening as it would mess up his game.

Instead, he simply invited an audience member down to the stage and explained the rules to her, and they really are quite simple. 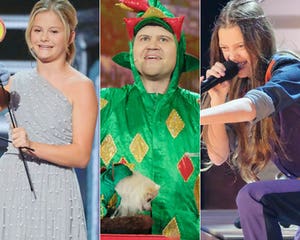 There are prizes stationed throughout the studio. Terry has to follow a course through the studio and pick up prizes for her as he goes. Anything he drops, she loses. Whatever he still has in hand when he gets back to her she gets to keep.

Prizes included a flat-screen TV, a houseplant, a one-person tent and even the keys to a car. But just the key.

Poor Terry was getting more and more exhausted as the course took him up the stairs and various "Late Late Show" staffers just kept piling things on. He was clutching things with his fingers, had several items tucked under his arms and wrapped around his head.

But as ridiculous as the whole setup was, Terry seemed absolutely committed to carrying as much as he possibly could for the UCLA student lucky enough to be selected for this ridiculous game. 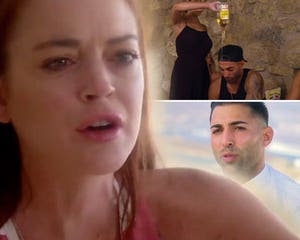 And it is a truly ridiculous game, but it might just be ridiculous enough to work. Terry, of course, is way too busy being a successful actor and host of "America's Got Talent: The Champions" to sign on for something like this, but contestants could bring their own strong man or woman, or even select from a panel of carry-experts.

There's a kernel of a fun idea for a very stupid game show that way too many people would watch here, and we think it's only a matter of time before the king of "Carpool Karaoke" and "Drop the Mic" makes it happen as its own spinoff show.

You could feel the tension rising as Terry headed for the homestretch. Could he possibly make it back with all of the ridiculous items he'd been handed, including a life-size cut out of Hollywood star Terry Crews? Check out the hilariously awkward video above to find out. 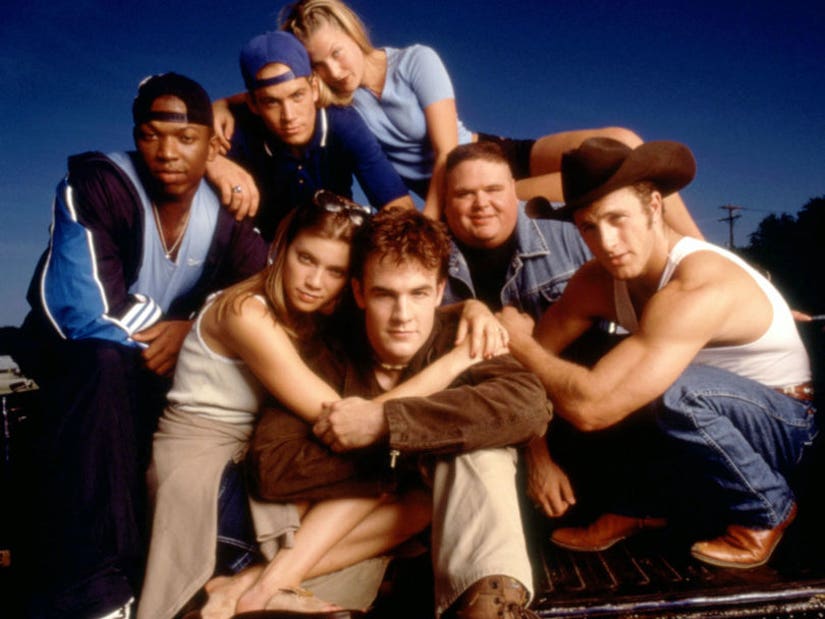