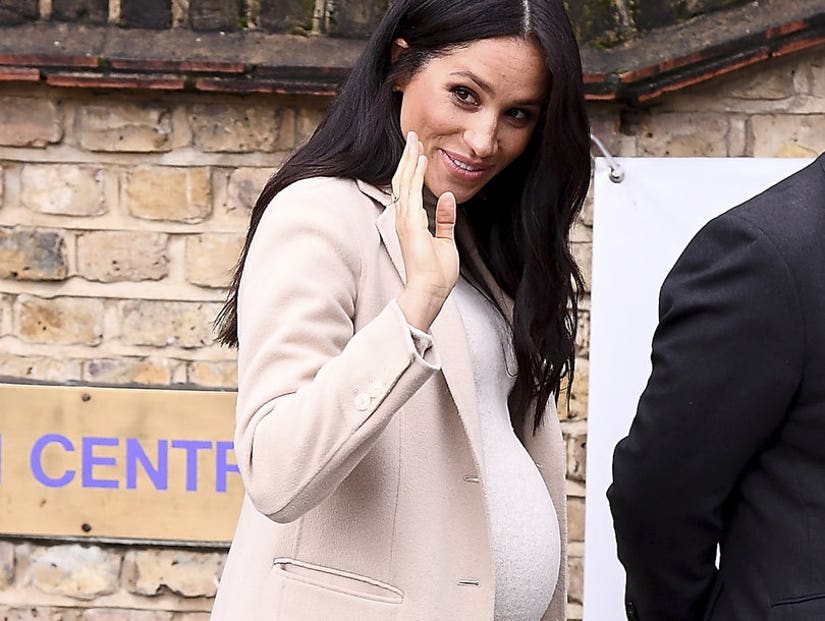 Meghan Markle handled being called a "fat lady" to her face with humor and grace on Wednesday.

The pregnant Duchess of Sussex laughed off the comment while visiting London's Mayhew animal rescue center, where she mixed and mingled with the animals as well as the humans. 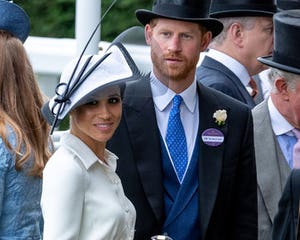 In a video shared on Twitter by Daily Express London's royal correspondent, Richard Palmer, Markle greeted a few women in the TheraPaws department -- an animal therapy service Mayhew provides to those in need -- and one of them, a senior citizen, commented on their royal guest's belly.

"Lovely lady," she told the wife of Prince Harry. It's hard to make out exactly what the woman is saying, but it sounds like, "May the good Lord only bless you."

Then she looked Markle's baby bump. "And you're a fat lady," she blurted out.

Markle and the rest of the people present laughed at the remark. "I'll take it," the former "Suits" star said before moving on to shake the hands of the TheraPaws volunteers.

ITV News royal editor Chris Ship reported via Twitter on Monday that Markle told one woman in the crowd while visiting the English town of Birkenhead with Prince Harry that she is 6 months pregnant, and told another woman the due date is around April.

Meghan's in an Armani coat pic.twitter.com/xHc0T92Lg4

Mayhew is a grassroots charity working to improve the lives of dogs, cats and humans in England and abroad. According to the Kensington Palace, the organization has handled 1,061 animal welfare cases, neutered 12,109 cats and dogs overseas, found new homes for 98 dogs and 380 cats, vaccinated 32,431 dogs against rabies, and educated 111,097 adults and children in India.

Mayhew is one of four organizations Markle has decided to devote her time and global influence to work with.

The Palace previously stated that Markle was passionate about animal welfare long before joining the Royal Family. "The Duchess has long understood the connection between animals and community welfare and has supported various animal rescue centers in Los Angeles."

Kensington Palace posted more photos of her first visit to the center, too. Browse them all below.

From volunteering to attending an event to becoming a foster carer — do something amazing for animals in need and support the fantastic work of @TheMayhew: https://t.co/ZGwXSqUk83 pic.twitter.com/yFPxEWCp7X

The Duchess of Sussex meets @TheMayhew ex-resident Maggie (previously known as Truffle), with her new owner Emma. The Jack Russell puppy was rescued from a suspected puppy farm in October last year. pic.twitter.com/Am0g3VaR6g 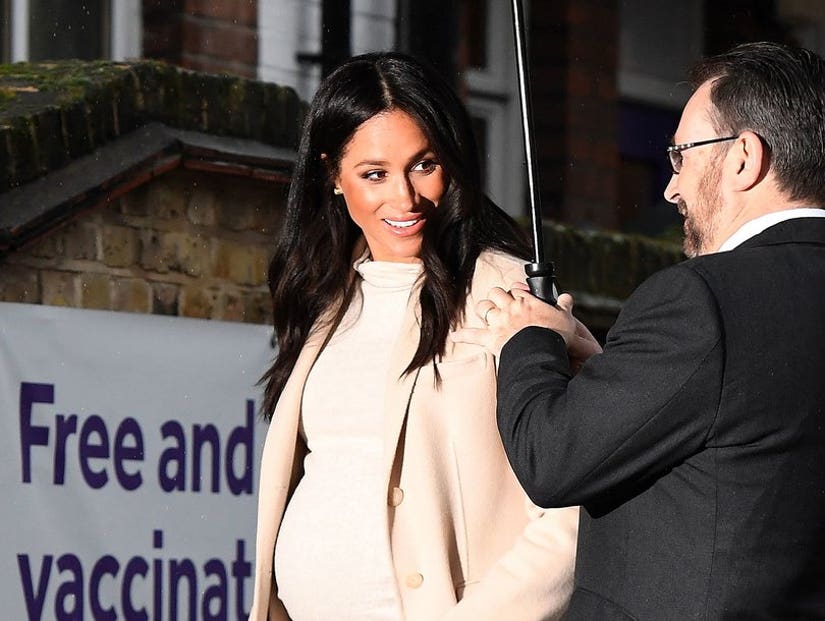