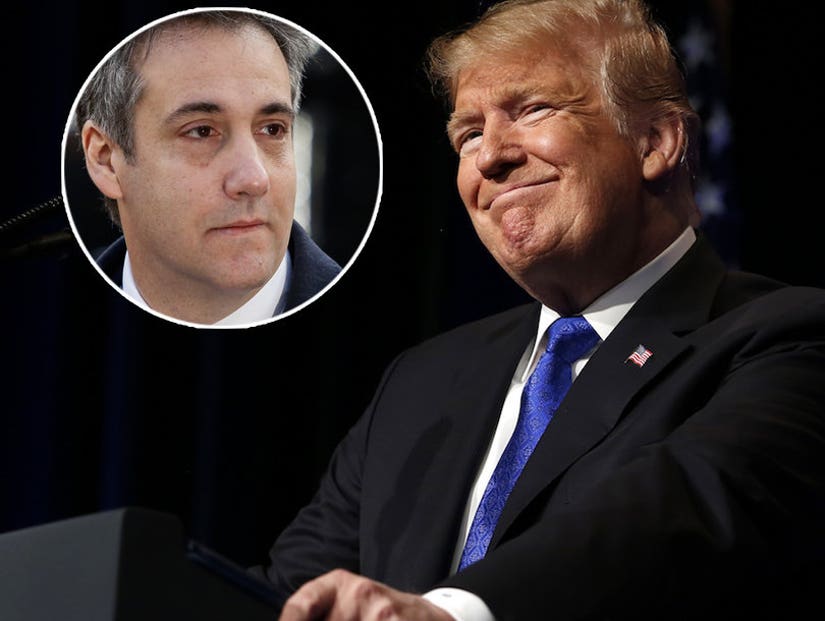 Some of the president's most famous critics are convinced he's "toast."

Hollywood and media stars alike are more confident than ever that President Donald Trump should and will be impeached.

The latest cries for lawmakers to start the proceedings to legally remove Trump from the Oval Office comes in response to a Buzzfeed News report citing two law enforcement sources alleging Trump directed his former attorney and fixer Michael Cohen to lie to Congress about negotiations to build a Trump Tower in Moscow. The article dropped Thursday evening, and it was a top trend on Twitter by Friday morning. 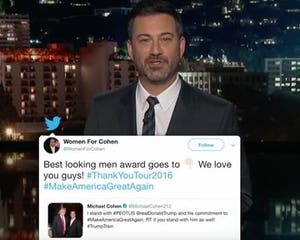 More bombshells from the report as special prosecutor Robert Mueller continues to investigate and build a case supporting suspicions that the Trump campaign colluded with Russia to win the 2016 presidential election.

Trump also supported a plan, set up by Cohen, to visit Russia during the presidential campaign, in order to personally meet President Vladimir Putin and jump-start the tower negotiations. “Make it happen,” the sources said Trump told Cohen.

And even as Trump told the public he had no business deals with Russia, the sources said Trump and his children Ivanka and Donald Trump Jr. received regular, detailed updates about the real estate development from Cohen, whom they put in charge of the project.

Additionally, Buzzfeed reported Cohen spilled all this to Mueller's team himself, which promises to make his public testimony in front of Congress next month even more fascinating.

Patton Oswalt, Rosie O'Donnell, Alyssa Milano, David Simon and Kathy Griffin are among those who think the Buzzfeed News report is a clear sign Trump -- as Milano put it -- is "toast." Or as longtime critic O'Donnell put it Thursday night, "He is f--ked."

Broadcast journalist icon Dan Rather has been providing thought-provoking political commentary since Trump took office, and his latest analysis casts a bleak outlook on the rest of the president's term. "If true, the Buzzfeed story is a political earthquake," he tweeted Friday morning. "Caution: we really know little; Mueller knows much. Time to be steady, let facts lead us to truth. But at almost every turn in this national nightmare, implausible has become plausable. The walls do appear to be closing in."

So, that @BuzzFeed article is accurate then? #ImpeachTrump https://t.co/ewHonhAuQT

“The President, Vice President, and all civil officers of the United States, shall be removed from office on impeachment for, and conviction of, treason, bribery, or other high crimes and misdemeanors.”
US Constitution,Article II, Sect4 #IMPEACHDONALDTRUMP

Big scary brown people who want your pretty red hats and a social security number. They are working with Mueller and Pelosi and they are trying to get across the border so they can illegally vote for your president's impeachment. Panic. Panic right now, you dumb, hating rubes. https://t.co/r35K4o0vMK

More bad news for Trump from Buzzfeed: He got Eric pic.twitter.com/KGTyxeSX9u

It seems Cohen's files, communications and testimony could bring down Trump. But it should be remembered that the reason Trump gets nailed for obstruction is because, once upon a time, Stormy Daniels had the misfortune of getting nailed by Trump. What a world we live in.

Many, many, lies and french fries. https://t.co/SVsgbz5Z26

Thank you Senator....I'm glad you're saying this. We are facing a national emergency. https://t.co/38FAuvxFRy

IMPEACH AND CONVICT THE MOTHERFUCKER

We can now add suborning perjury to the long list of Donald Trump's criminality. How many more crimes does this childish entitled ignorant narcissistic moronic unstable pathological liar have to commit before Mitch McConnell grows even one ball?

“Cohen's testimony marks a significant new frontier: It is the first known example of Trump explicitly telling a subordinate to lie directly about his own dealings with Russia.”

If true, the Buzzfeed story is a political earthquake. Caution: we really know little; Mueller knows much. Time to be steady, let facts lead us to truth. But at almost every turn in this national nightmare, implausible has become plausable. The walls do appear to be closing in.

Smartest thing I've read so far on Buzzfeed story. Bottom line: IF 100% true, Trump's in serious trouble; but smart move is to wait & see - Mueller saying these things is one thing; Buzzfeed based on anon sources who didn't share their “proof” is another. https://t.co/LHXkv7lWUx

Nixon was literally impeached for thishttps://t.co/d4xaqg7vrC