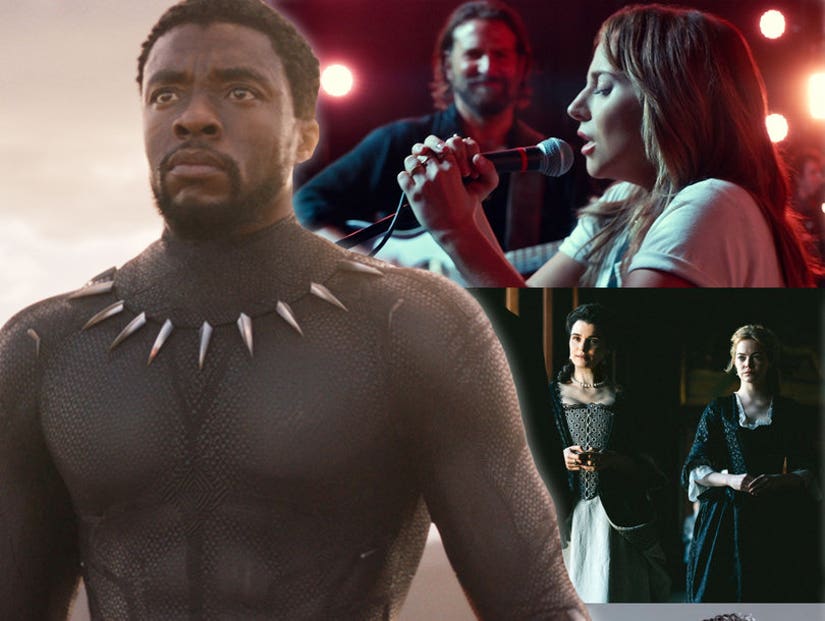 The nominations for the 91st Academy Awards were announced not-so-bright, but very early Tuesday morning.

While the show itself remains hostless after the Kevin Hart debacle, Tracee Ellis Ross and Kumail Nanjiani were tapped to reveal the nominees.

"Black Panther" became the first Marvel movie to be nominated for a Best Picture Oscar, a huge coup for the film's cast, as well as producer Kevin Feige. It's also the first superhero movie in general to grab this honor. The movie also picked up noms for Sound Mixing, Sound Editing, Production Design, Costume Design, Original Score and Original Song.

Both "The Favourite" and "Roma" picked up the most nominations this morning, however, each picking up 10. "A Star Is Born" and "Vice" were close behind with 8, before "Black Panther" with 7.

Lady Gaga picked up two nominations herself this morning, including her first ever for acting. In addition to her Best Actress nod for "A Star Is Born," she also nabbed one for "Shallow," which was nominated for Best Original Song. These are Gaga's second and third nominations ever, after she was previously nominated for her song for "The Hunting Ground" in 2015.

Her costar, Bradley Cooper, didn't get that directing nomination he probably wanted for helming "A Star Is Born," though his performance in the movie did get recognized by the Academy.

You can re-watch a livestream of the nominations below. The Oscars themselves will air February 24 on ABC, live from the Dolby Theatre in Hollywood.