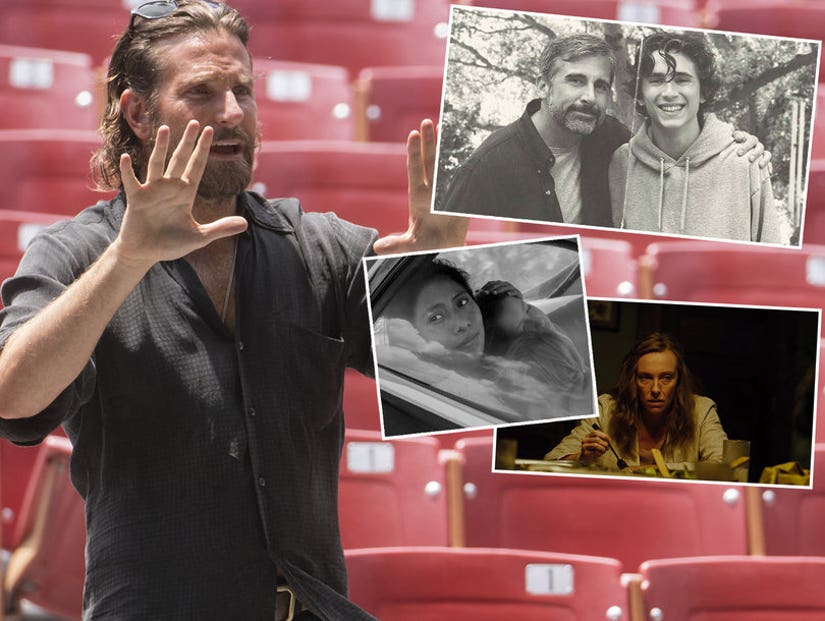 From Timothee Chalamet fans losing it to Spike Lee finally getting that Best Director nod, the 2019 Oscars are something to talk about.

As to be expected Twitter is raising a ruckus over the Oscar nominations which were announced Tuesday.

Many fans were outraged, various film critics scoffed, and a cherished few delighted in seeing some of their favorite actors and films get their due.

The Twitterverse erupted early Tuesday morning as Tracee Ellis Ross and Kumail Nanjiani announced the nominees for the 91st Academy Awards, which saw both progress and setbacks (not a single female director was nominated). 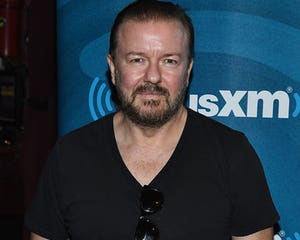 The most entertaining events on Twitter always involve raw emotion and there was no sector more traumatized than Timothee Chalamet stans.

The outpouring of heartbreak came as Sam Rockwell nabbed a Best Supporting Actor nomination for his portrayal of George W. Bush in "Vice." Many Chalamet fans saw the omission of their favorite actor as not only an outright snub -- as they felt he deserved recognition from the Academy for his performance in "Beautiful Boy" -- but also blamed Rockwell for apparently taking his place among the nominees.

Other surprises? Bradley Cooper wasn't recognized in the Best Director category for "A Star Is Born." Toni Collette's incredible performance in "Hereditary" was snubbed. Popular film "Crazy Rich Asians" was completely left out of all categories. People also weren't happy that the Ethan Hawke film, "First Reformed" was only nominated for Original Screenplay. 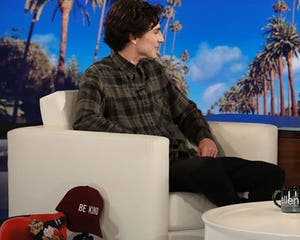 Critically-acclaimed film, "If Beale Street Could Talk" wasn't chosen for the Best Picture category. Many fans were angry that Queen biopic "Bohemian Rhapsody" was included, but the Barry Jenkins drama wasn't. Similarly, the Netflix film "The Ballad of Buster Scruggs" received two nominations but isn't up for Best Picture.

On the positive side, Alfonso Cuarón's black-and-white Netflix drama "Roma" received a lot of love. The movie is up for a whopping 10 nominations, including a Best Actress nominee for Yalitza Aparicio ("Roma is her first film credit too) and Best Supporting Actress nominee for Marina de Tavira. Another exciting nomination? Spike Lee received his first (and very well-deserved) nod in the directing category for "BlacKkKlansman."

In a disheartening turn, not a single female filmmaker was nominated in the Best Director category. Additionally, no female-directed films landed a nod in the Best Picture category.

Also tied with 10 nominations is the dark comedy "The Favourite." "A Star Is Born" and "Vice" follow behind with eight and "Black Panther" with seven.

Who in their right mind thinks Sam Rockwell in Vice is better than literally anyone else? I cannot for the life of me fathom voting for such a nothing performance. Confounded

Sam Rockwell got in for 5 minutes of screen time but Timmy didn't get in the what pic.twitter.com/kN0QOZe278

Sam Rockwell is over pic.twitter.com/x6gshTQaha

the academy thinks sam rockwell eating a chicken is better than this i cant make this up pic.twitter.com/NKXMwqnjQa

the academy when they nominated sam rockwell instead of timothée pic.twitter.com/k8iUc9jRRy

Much Love For "Roma"

yalitza aparicio wasn't an actress, did a movie for the first time ever and was absolutely outstanding and got her oscar nomination for a leading actress for roma pic.twitter.com/vGw8KL9h6X

Just remember, Roma is about to make Netflix and Oscar history. So is, probably, Black Panther.

Bradley Cooper realizing that he was left out of the Best Director category pic.twitter.com/WyxYsK853X

Okay, but Bradley Cooper was SNUBBED for the Best Director nomination. #OscarNoms #Oscars

What's makes this even weirder is that Bradley Cooper was only really campaigning for best director, not best actor. #OscarNoms

How I started off feeling when Spike Lee was announced for Best Director vs. how I ended up feeling when I realized Bradley Cooper wasn't going to be. pic.twitter.com/LMJuQvYekq

Bradley Cooper's assistant letting him know that he was snubbed for a Best Director Oscar nomination. pic.twitter.com/v8xNKsj9mj

Spike Lee Got His First Best Director Nod From The Academy

Congrats to Spike Lee who also should have gotten Best Director noms for Do the Right Thing and Malcolm X and 25th Hour. The Oscars are annoying.

Congrats to Spike Lee on his first ever directing nomination, which is absolutely insane. #Oscars

Wow, after all the movies... hard to believe this is Spike Lee's FIRST Oscar nomination for Best Director https://t.co/NTpiUVh3gf

First time a Spike Lee film has ever been nominated for Best Picture or Best Director. Crazy. https://t.co/VUOJBc8WJv

It's about damn time. Spike Lee is a national treasure. https://t.co/PfQ3i8mRJF

Biggest snub for me is Ethan Hawke not getting nominated for FIRST REFORMED.

Bradley Cooper not getting a nod for Best Director for ASIB is arguably equally as shocking.

#OscarNoms are kind of a mess, but here's one good & bad take, both for First Reformed; Ethan Hawke missing Best Actor is a travesty & will go down as one of the worst snubs of the entire decade. But on the flipside, Paul Schrader finally gets a long overdue nod for screenwriting

hold up....... CRAZY RICH ASIANS DIDN'T GET NOMINATED FOR ANYTHING? We ride at dawn

I hate to say this, but #CrazyRichAsians should have gotten a Best Picture over #BlackPanther

Crazy Rich Asians? Bohemian Rhapsody has no place on this list

No "Beale Street" For Best Picture

if beale street could talk didn't get a best picture nomination but bohemian rhapsody did pic.twitter.com/R6ZlfTYRQI

BOHEMIAN RHAPSODY is up for Best Picture and IF BEALE STREET COULD TALK is not. pic.twitter.com/z8LyNVqOKk

So Beale Street didn't get a best picture nom and neither Barry nor Ryan have a best director nom pic.twitter.com/pX5kH7ed0X

me at the academy for snubbing timothée chalamet and claire foy for best supporting, justin hurwitz for score, if beale street could talk for best picture and barry jenkins for best director this year pic.twitter.com/EpX8AGeC3L

Toni Collette didn't summon one of the eight kings of hell just to be ignored like that. #OscarNoms pic.twitter.com/1rncICBpGn

Now that Toni Collette has been officially snubbed by the #Oscars, there's just one option left to get #AnOscarForToni: we must hire Nicolas Cage pic.twitter.com/Vw6Ts5vjch

Toni Collette didn't get terrorized by a satan worshipping cult and cut off her own head in Hereditary just to be snubbed by every major awards group this season!!!

TONI COLLETTE DIDN'T GET NOMINATED BECAUSE ACADEMY MEMBERS ARE AFRAID OF HORROR MOVIES AND THEREFORE DON'T WATCH THEM TO REALIZE THE BEST PERFORMANCE OF THE YEAR WAS HIDDEN INSIDE SOMETHING THEY VIEW AS "LOW-BROW." THANK YOU FOR COMING TO MY TED TALK. pic.twitter.com/OarNYCGoHA 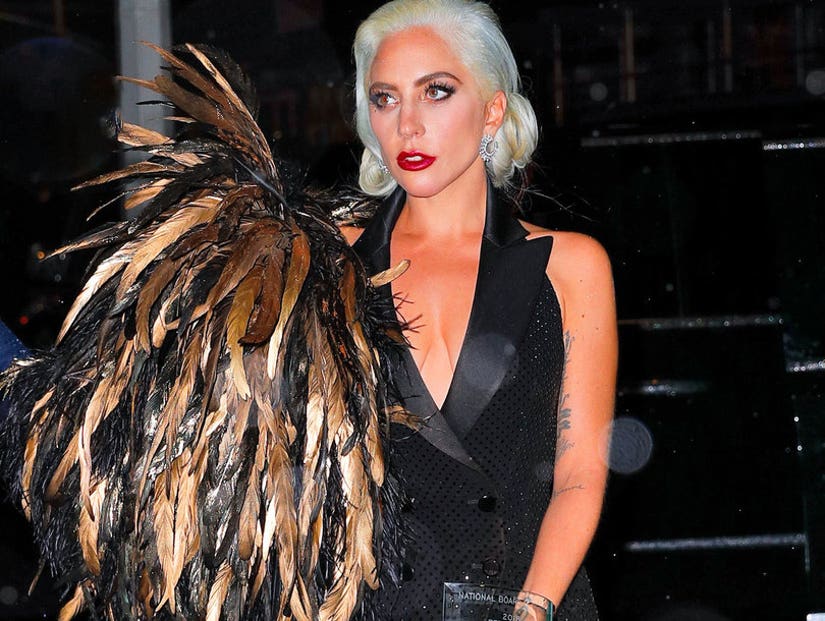