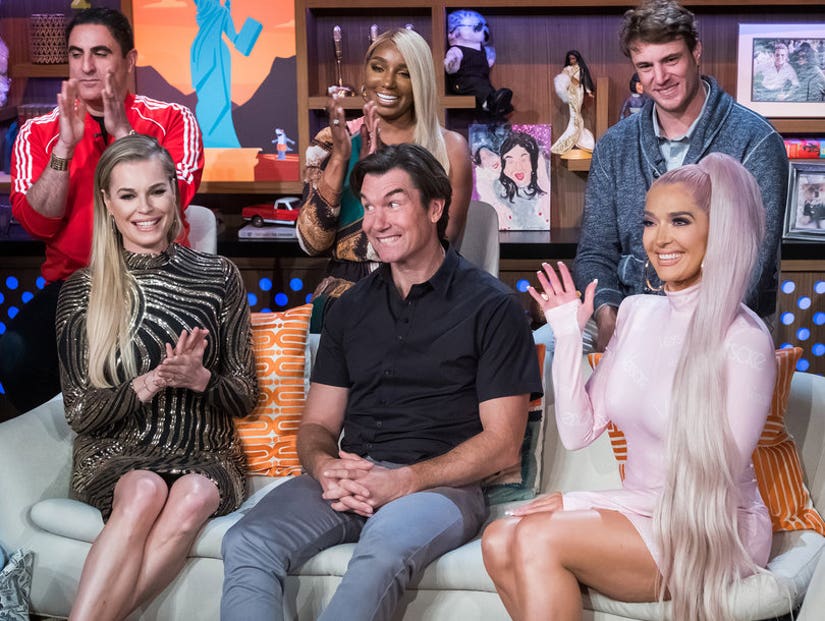 "Her initials are..." Jerry says on "Watch What Happens Live" before his wife blurts out the culprit's name.

Jerry replied to Brandi's tweet, writing, "WE LOVE YOU, B! We shouldn't have told that story. I am sure I was being annoying that night. I am ashamed! BRING BACK BRANDI!" Brandi then retweeted that message with three heart emojis, so it appears it's all love among the three.

WE LOVE TOU B! We shouldn't have told that story. I am sure I was being annoying that night. I am ashamed! BRING BACK BRANDI #BringBackBrandi @Andy @BravoTV https://t.co/yAEe3MlKFp

Brandi responded to Rebecca and Jerry's claims on Twitter, writing, "Omg, I was so excited to read what bitchy Housewife snubbed you guys! I LOVE you guys, always have. Rebecca, you have my all-time favorite Sports Illustrated picture, and Jerry is my favorite replacement host for Wendy."

Brandi also tagged Andy. "I fangirl [over] everyone, and I'm nice to everyone!!! So sorry," she added, along with several sad faces.

Omg I was so excited to read what bitchy housewife snubbed you guys!I LOVE you guys always have @RebeccaRomijn you have my all time fav SI pic & @MrJerryOC is my favorite Replacement host for Wendy @Andy :(((( I fan girl on everyone & I'm nice to everyone!!! So Sorry :/

Bravo superfans Rebecca Romijn and Jerry O'Connell were joined by Erika Jayne, NeNe Leakes, Reza Farahan and Shep Rose on Tuesday's star-studded episode of "Watch What Happens Live with Andy Cohen," where they spilled on a not-so-pleasant encounter they had with a Bravo star they once idolized.

When a caller asked the couple which of the Housewives they've met has been "the most disappointing," Andy -- being the pot-stirrer we know and love -- opened the question up to all his guests. 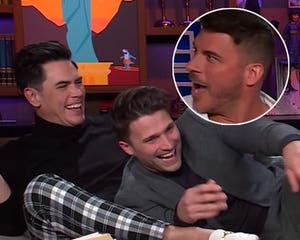 "You know, I do have to say, we do have one story that is a little bit disappointing, and you have to decide whether you're gonna say the name, and you're gonna know who I'm talking about," Jerry said as he looked at his wife. "We went to an event of Andy's, and this Housewife was there, and we were so excited to meet her."

Rebecca's eyes lit up. "I think I know exactly who you're talking about," she said.

"She completely ignored us!" Jerry added, admitting that he may have fangirled out a bit upon meeting this person.

"I think I'm very comfortable sharing who it was," Rebecca interjected.

"Her initials are..." Jerry said before his wife blurted out, "Brandi Glanville." Andy lost it.

"In Brandi's defense, I was freaking out upon seeing her," Jerry said of his encounter with the "Real Housewives of Beverly Hills" star, even though his wife maintained he was just being himself. "She may have thought I was a fan and wanted to call security, but Rebecca was there! She was a little rude to us." 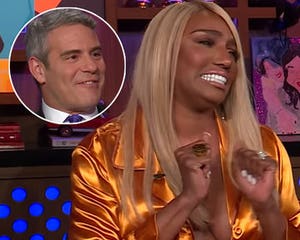 Andy then strategically turned his sights to Reza, who said, "You know I need to keep my mouth shut, is what I need to be doing!" (He wound up doing just the opposite.)

"They were like, 'She is the biggest C that has ever walked these halls,'" he said without elaborating on who they were. "They say she was beyond foul."

During a later part of the evening, a caller asked Rebecca if she had spoken to Yolanda Hadid following their Twitter spat over the next generation of models, which includes both of Yolanda's daughters, Gigi and Bella Hadid.

"I have not spoken to Yolanda at all since then, but I have nothing but admiration for Yolanda and her very, very hardworking daughters," the former model explained. "This new generation of models -- they're working their butts off. They're working their butts off as hard as any models have ever worked. How they got there is different than how models in the past got there, but I have nothing but respect and admiration for them -- and for Yolanda."

We'll get to see Rebecca, Jerry and Erika party it up at Denise Richards' wedding when "RHOBH" returns to Bravo Feb. 12. 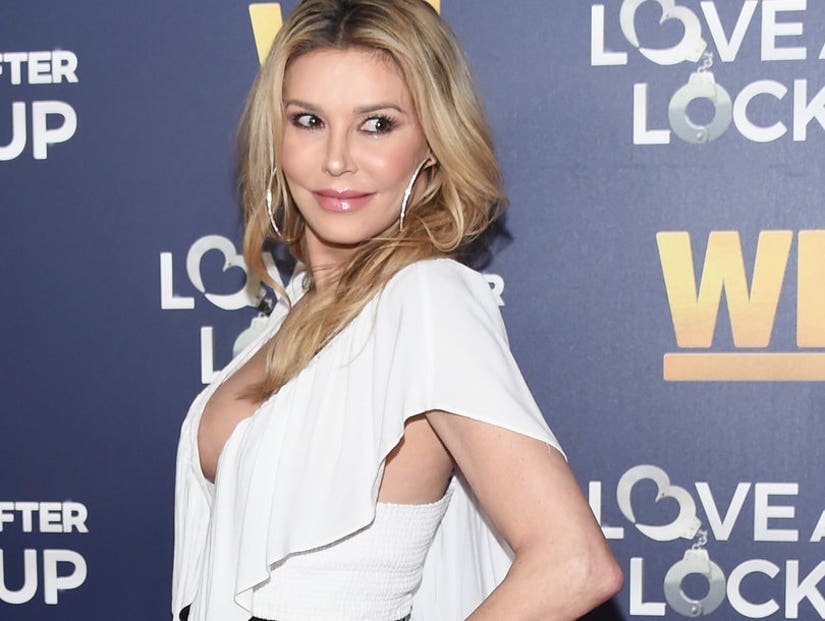