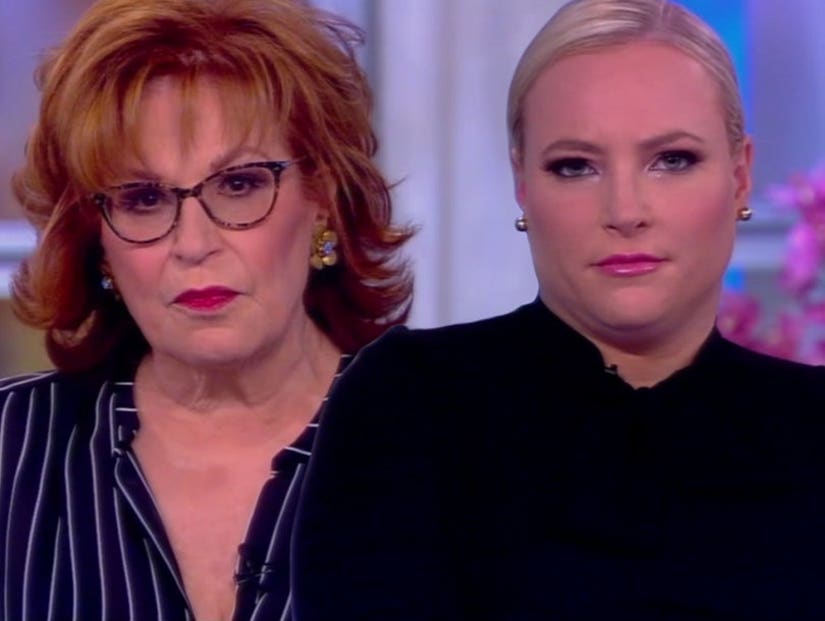 Viewers say Behar's comments were "embarrassing" and "bullying," while others praised her for this moment.

Joy Behar and Meghan McCain had another tense moment on "The View" this morning.

The two -- who have a history of going at it on the show, but maintain they have a great relationship off camera -- got into an awkward standoff on Monday, as the panel addressed Senator Amy Klobuchar's war of words with President Donald Trump after announcing her presidential campaign.

The senator announced her campaign over the weekend, a move that was mocked by Trump, who said it was "bad timing" for her to talk "proudly of fighting global warming while standing in a virtual blizzard of snow, ice and freezing temperatures." She trolled him by responding, "I wonder how your hair would fare in a blizzard."

As Behar explained the backstory, McCain interjected, "This is real." That prompted Joy to respond, "Can I get through this please?" After the explanation, Meghan said the story was "So stupid, this whole thing is so stupid!"

Both Abby Huntsman and Sunny Hostin gave their takes on the news item, before the conversation got back to McCain.

"Can I say something now, is that okay?" Meghan asked Joy, who was filling in as moderator in Whoopi Goldberg's absence. "Yes, go ahead," Joy responded, "you may now that I've finished." 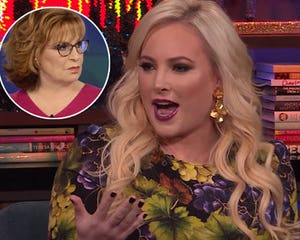 "I have permission to speak now on Amy Klobuchar, we're all good?" Meghan reiterated, "Okay two quick things, number one, I have friends that were at her announcement." Reacting to something happening off-camera, she cut herself off, saying, "Oh, nope, by all means, keep going Joy!"

That's when Behar shot back, "If you're going to have a hissy fit, we can't continue." She then changed subjects.

While McCain didn't speak for the rest of the segment, viewers watching at home couldn't help but chime in on Twitter. Here's what they're saying:

Joy to Meghan: If you're going to have a hissy fit, we can't continue #TheView pic.twitter.com/OZOGCdAvcb

@TheView Joy is finally going in on Meghan. It's a matter of time before they go at it full steam. @MeghanMcCain stop having hissy fits!!

You shut down & called out a .@MeghanMcCain #HissyFit & I ❤️❤️❤️❤️ u forever for doing that!

Does @MeghanMcCain not understand that @JoyVBehar is the moderator on @TheView ??????
She name drops, injects her father into every discussion, and throws a childish hissy fit when she can't have her way. #DoBetter

@MeghanMcCain @JoyVBehar joy is the only one having a hissy fit !!

Did Joy really cut Meghan off because she had a hissy fit??? She's still over there huffin' and sighing. I'm DONE! #TheView pic.twitter.com/fvYRCYQ1HT

@MeghanMcCain and @TheView...wtf...I wanted to hear what Meghan had to say...I saw no "hissy fit"...please put a responsible driver in when @WhoopiGoldberg is gone!

.@JoyVBehar just cut off @MeghanMcCain on @TheView telling her, “If you're going to have a hissy fit, we won't continue.” Joy is hosting because @WhoopiGoldberg has pneumonia.
👏👏👏👏👏

@MeghanMcCain don't take that crap from extremely Rude @JoyVBehar anyone that disagrees with her is taking a hissy Fit ! 🙄

@TheView I love Joy but today she is controlling all conversation. I don't always agree with @MeghanMcCain but to not allow her to talk or over talk her is rude. And the snipe of her having a hissy fit was rude as well.

@MeghanMcCain , I have no idea what you were going to say but Joy was completely out of line with her “hissy-fit” comment. It was embarrassing.

Even though I'm not a fan of Meghan's political views, I don't like the way Joy speaks to her. Joy is bullying her into silence. Saying Meghan was having a "hissy fit" was TOTALLY unacceptable.

@TheView Joy Behar's behavior today towards Meghan McCain is not acceptable! You may differ in opinion doesn't give you the right to say somebody is having a "Hissy Fit" on national television. Trying to humiliate a fellow co-host like this should be grounds for you to be fired!