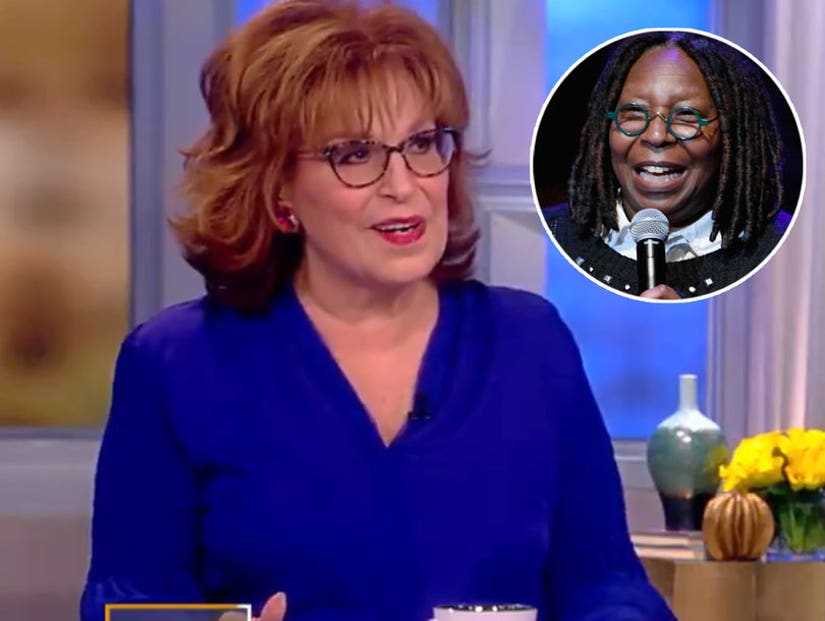 Here's why Whoopi has actually been MIA from the morning show, despite some Twitter theories.

Where in the world is Whoopi Goldberg?

That's been the question on fans' minds since she stopped showing up to her job at "The View" beginning February 6th. While substitute moderator Joy Behar said she was sick with pneumonia at the time, that didn't stop viewers from coming up with alternate theories about where she might actually be.

One guess that picked up steam on Tuesday: she's not sick, but has instead been preparing to host the Oscars after the Kevin Hart debacle.

Whoopi Goldberg's absence from The View (she's sick, they say) since the day after they announced her as an Oscar presenter+the fact that she's the only previous Oscar host listed as a presenter+she openly said on The View in January that she'd be up for hosting=???

When outlets began picking up his tweet, viewer Peter Knegt later tweeted, "Never started an actual conspiracy before. Turns out being stoned and watching The View IS PRODUCTIVE."

Wednesday morning, however, the cohosts reacted to his tweets and explained what's really going on.

"Whoopi's still out, she's not feeling well and there's all these conspiracy theories on the internet that she's not really sick, she's secretly preparing to host the Oscars," said Joy Behar.

After Sunny Hostin said she wished that were true, Behar added, "Let me just set the record straight right now: Whoopi is on maternity leave, I'm sorry. It was a miracle!"

We're setting the record straight: @WhoopiGoldberg is not preparing to host the #Oscars.

She's on the mend recovering from pneumonia and we look forward to her returning to @TheView soon! ❤️ https://t.co/f8u2wc159S pic.twitter.com/UmNzDOuemi

"She's actually recovering from pneumonia, it's a serious thing," she then explained. "I don't think she's going to be able to host the Oscars and I'm sure she's very disappointed. She's not even well enough to host this show right now."

Behar added that she saw Goldberg the other night and she's "very funny still" and is "on the mend."

"Thanks for getting stoned and watching 'The View,' Peter," said Meghan McCain, "but you're wrong."