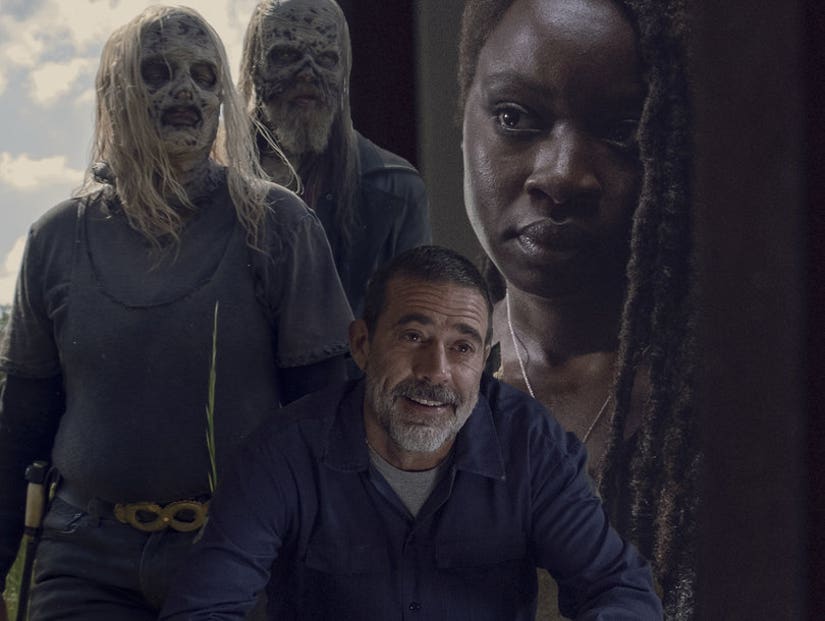 With a big event (The Fair) on the horizon and the threat of the Whisperers slowly intensifying, all signs point to disaster -- and soon -- on "The Walking Dead."

Sunday's new episode was pretty evenly split between the goings-on at Alexandria and learning some of the ins-and-outs of Alpha and her group of flesh-wearing maniacs. Let's start with the latter.

The hour kicked off with a less-than-touching reunion between Lydia and her mom, as Alpha grilled her daughter with questions about her time as a prisoner in Alexandria. Why was Daryl ready to fight for her? Did he touch her? What did she tell them about the Whisperers? Lydia kept saying she lied to get the Alexandrians to "trust" her, but wasn't exactly that honest with her mother either -- saying the survivors have just "a few guns" and no trade. 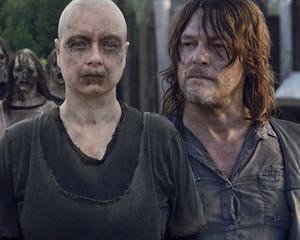 This storyline also introduced us all to another character from the comics, the menacing Beta, a behemoth of a man who plays right hand to his bald superior. "Sons of Anarchy" alum Ryan Hurst is the one under that grizzly mug and he's certainly an imposing figure. It's him who discovered Henry spying on the group, after he ran away from Alexandria to rescue Lydia.

After bringing the boy back to camp, a pair of Whisperers pulled the extremely dumb move of questioning Alpha's leadership. They were pissed she led them all "into danger" by not abandoning Lydia and making things worse by keeping Henry around. They wanted payback for those killed by Team Alexandria and said she "failed all of us." Alpha's response: decapitating the female, before tossing the man her head and stabbing him in the gut. That settles that.

What followed that disturbing scene was an equally troubling one where Alpha admitted to child abuse. It shouldn't really be much of a surprise, but when Lydia was only three, her mama found her in a closet, suffocating on plastic. She did nothing, except hit the young girl "so hard she'd remember to never do it again" once she could breathe again. "You have to do whatever it takes to protect what you love, even from themselves," she added, rationalizing her totally insane behavior. 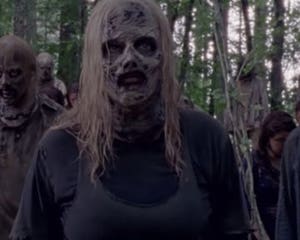 'The Walking Dead' Recap: Alpha Unmasked As Her Brutal Backstory Is Revealed

Lydia was then given a test to prove her allegiance to the Whisperers: kill Henry. Alpha feared her daughter was "gone long enough ... to forever which side you're on," and with good reason, she was. As she struggled with the decision, a horde of walkers attacked the group -- but this wasn't random. Nope, Daryl motherf--king Dixon followed the Whisperers' example and put a skin on himself, leading the walkers in and sneaking Henry and Lydia out amid the chaos.

This can't bode well for the survivors at all the surrounding communities, however, as Alpha and her people will surely be out to get Lydia and revenge for the loss of lives. And, what perfect timing, as all our favorite characters will be be rounded up in the same place for a big fair in the coming days.

That brings us to Michonne's big decision to loosen the reigns on Alexandria, allowing them vote on whether they'll attend the festival after previously shutting down the idea over safety concerns. This one might come back to bite her in the butt. 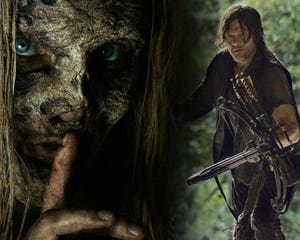 While the town has a council, Michonne's been the one making almost all the big decisions lately, something that's been rubbing more than a few people the wrong way. While Michonne has been all about isolationism, Gabriel stressed the importance of allies when the world goes to hell. Siddiq also pointed out how dire the situation is at Kingdom, something that could be alleviated by the trade influx at the fair.

So, what changed Michonne's mind? Conversations with both Negan and Judith. First up was Negan, who pleaded to be released from his cell after proving he was a good boy now by turning himself back in after escaping. He said he changed, but she wasn't buying it, later telling her daughter that nobody "really changes." Judith's sassy comeback: "You did." She did not mean it as a positive.

That moment really sunk in with Michonne, who realized she was maybe being too much of a dictator and not letting her community think for themselves. "I think [the fair] is a terrible idea," she still told Aaron, "but the people can weigh the risks and choose. That's their right, that's the charter they agreed to and we swore to protect. And, it's for the Kingdom."

"I hope we don't regret this," Aaron responded ... but, like, they totally will, right? There's no way this fair goes smoothly, especially with Whisperers out for blood.

Oh yeah, and if you tune into "The Walking Dead" for its soapy romance, the show leaned in on it hard with the love rhombus between Rosita, Gabriel, Siddiq and Eugene. She's pregnant with Siddiq's baby, Eugene's in love with her and Gabriel's actually her boyfriend ... got it? After some boo-hooing from all the men, they decided to be adults and figure out how to raise Rosita's baby together. Well, minus Eugene, still no love for him.