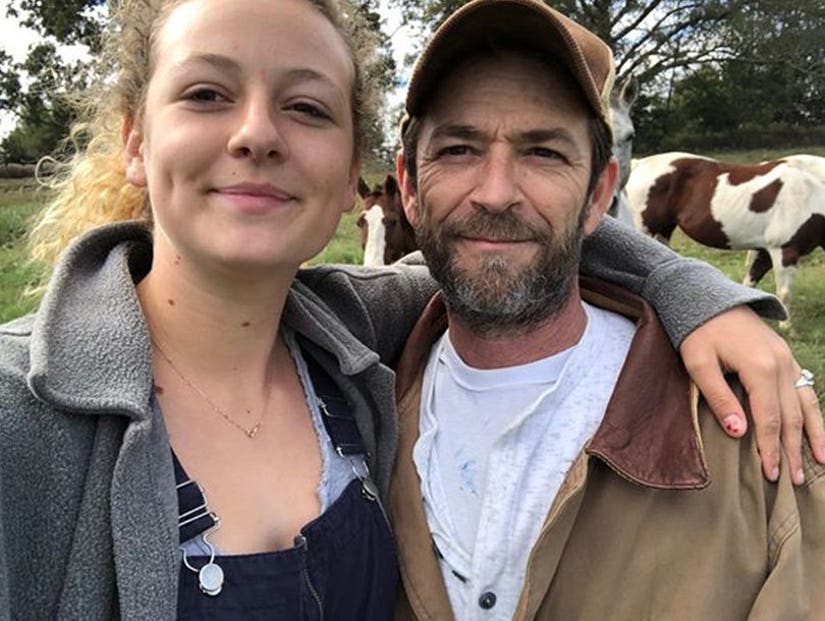 "Know that I am grateful for all the love. Just, being grateful quietly," Sophie, 18, wrote.

UPDATE at 6:15am PT on March 7: Luke Perry's son Jack, also known as wrestler Jungle Boy, shared a tribute to his late dad on Instagram as well. Alongside a photo of Luke cheering Jack on during an event, he wrote, "He was a lot of things to a lot of people. To me, he was always Dad."

"He loved and supported me in everything, and inspired me to be the best that I could possibly be," the message continued. "I've learned so much from you, and my heart is broken thinking about everything you won't be here for.I'll miss you every day that I walk this earth. I'll do whatever I can to carry on your legacy and make you proud.I love you Dad."

Luke Perry's daughter Sophie is mourning the death of her father, who tragically passed away Monday morning.

"A lot has happened in this past week for me," the 18-year-old captioned a photo of with her father. "Everything is happening so fast. I made it back from Malawi just in time to be here with my family, And in the past 24 hours I have received an overwhelming amount of love and support." 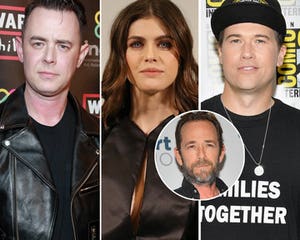 "I cannot individually respond to the hundreds of beautiful and heartfelt messages," she continued. "But I see them, and appreciate you all for sending positivity to my family and I. I'm not really sure what to say or do in this situation, it's something you aren't ever given a lesson on how to handle, especially when it's all happening in the public eye. So bare with me and know that I am grateful for all the love. Just, being grateful quietly.

The "Beverly Hills, 90210" and "Riverdale" star died on Monday morning at St. Joseph's Hospital in Burbank, days after suffering a "massive" stroke at his Los Angeles home.

Sophie, who was on a trip in Africa when her dad had a stroke, immediately rushed home to Los Angeles to be with him, a source told People. And as Sophie pointed out in her Instagram, she made it "just in time."

Perry shared Sophie and her older brother, Jack, 21, with his ex-wife Minnie Sharp. Luke was often featured on his daughter's Instagram page, including an adorable father-daughter photo from Sophie's prom night. Jack, who is a professional wrestler, has yet to speak on the actor's death, though he did like Sophie's post.

Perry's career began in the late '80s, with appearances on "Another World" and in the Twisted Sister music video for "Be Chrool to Your Scuel," before his big break as Dylan McKay on "90210." He appeared on 199 of the show's 293 episodes in a role that quickly made him a teen heartthrob of the '90s. He would also star in the "Buffy the Vampire Slayer" film, and on shows like "Oz" and "John In Cincinnati" before being cast as Archie's father, Fred, on "Riverdale."