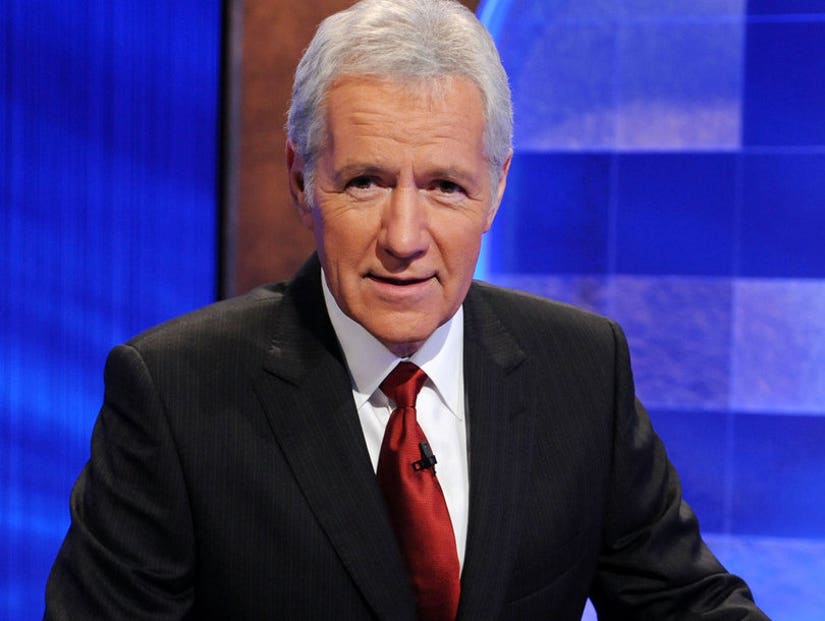 The longtime "Jeopardy" host jokes he has to beat the disease to fulfill the terms of his contract.

Alex Trebek revealed on Wednesday that he has been diagnosed with Stage 4 pancreatic cancer.

The 78-year-old "Jeopardy" host announced the news himself, via an optimistic and upbeat YouTube video, filmed on the set of the long-running trivia show.

"Hi everyone, I have some news to share with all of you and it's in keeping with my longtime policy of being open and transparent with our 'Jeopardy!' fan base," he began the video. "I also wanted to prevent you from reading or hearing some overblown or inaccurate reports regarding my health. So therefore, I wanted to be the one to pass along this information."

"Now, just like 50,000 other people in the United States each year, this week I was diagnosed with stage 4 pancreatic cancer," he continued. Now normally, the prognosis for this is not very encouraging, but I'm going to fight this, and I'm going to keep working. And with the love and support of my family and friends and with the help of your prayers also, I plan to beat the low survival rate statistics for this disease." 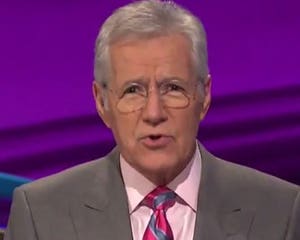 "Truth told, I have to," he joked, "Because under the terms of my contract, I have to host 'Jeopardy!' for three more years! So help me. Keep the faith and we'll win. We'll get it done. Thank you."

According to TMZ, Trebek plans to begin chemo immediately and intends to finish filming the current season of the show.

From "Jeopardy" icons to famous game show hosts to celebrity fans, people are sending Trebek their love and support. Many highlighted Trebek's admirable positivity, strength and resiliency and expressed that if anyone can beat cancer, Trebek can.

Check out the reactions below.

I've said this before but Alex Trebek is in a way the last Cronkite: authoritative, reassuring TV voice you hear every night, almost to the point of ritual.

One thing I know for a fact: Alex is very aware of how much he means to millions of people, and how we will be pulling for him...I hope that's a comfort.

And I hope some very good L.A. oncologists are getting ready to have their mispronunciations corrected.

The Sajak family is deeply saddened to hear of Alex Trebek's struggle with cancer. Our hearts go out to him and his family. But there is no one I know who is stronger and more determined, and I would never bet against him. We, and the entire country, are pulling for you, Alex.

Alex Trebek is one of my all-time favorite people. I've loved being around him. pic.twitter.com/9mCRMlucvU

Thinking and praying for fellow game show host and absolute legend Alex Trebek as he starts his fight with pancreatic cancer. God's speed my friend https://t.co/W0JJnlS6LY

I just want to say to Alex Trebek I know you can kick cancers ass. You are the true daily double and the ultimate Jeopardy! champion in my eyes.
Lots of positive energy coming your way from so many sir.

Sending all my love, thoughts and prayers to Alex Trebek.

You are my hero. ❤️❤️🙏🙏pic.twitter.com/CcXhVtqUT8

Alex Trebek is tough as nails. I know I'll be praying. https://t.co/StzZjTx9Bj

Alex Trebek is hands down the person I've seen on my TV the most over the years and @Jeopardy is one of my favorite shows ever. Pulling for you Alex! #fuckcancer https://t.co/eGIXaR3Jo2

our prayers are with you!!!

I'm actually not sure if it should be its or it's, and in such a case pronouns don't really matter, so let me put it this way: Alex, kick pancreatic cancer's ass!

Our hearts go out to you, #Alextrebek, a member of our Disney-ABC family for so long. We admire your courage and determination, and in the words of Winston Churchill: “never, never, never, never give up!”