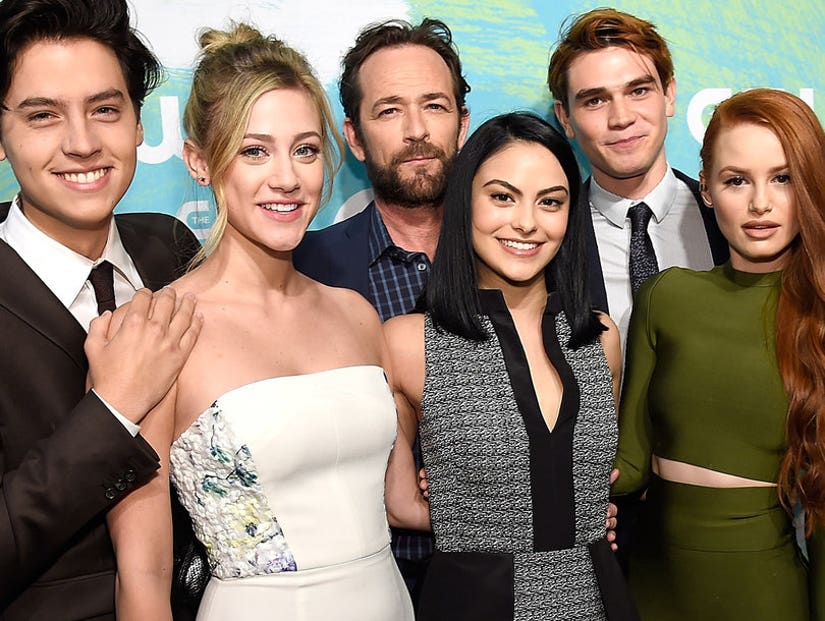 The CW series was dedicated to Perry on Wednesday night, as "all episodes will be for the rest of our run."

Luke Perry's "Riverdale" family continues to mourn the loss of one of their own.

The late actor's cast members have been sharing their tributes to him on social media in the days since his death on Monday, March 4. The 52-year-old "Beverly Hills, 90210" alum passed away after suffering a stroke the week before, leaving behind two children, Jack, 21, and Sophie, 18, his kids with ex-wife, Rachel Minnie Sharp.

Perry played the lovable Fred Andrews, Archie's father, on the CW series, which aired a new episode on Wednesday night. "Tonight's episode of #Riverdale finds Fred doing what he does best -- helping Archie," series creator Roberto Aguirre Sacasa tweeted earlier in the day. "It is dedicated to Luke, as all episodes will be for the rest of our run."

The episode ended with a slate simply reading "In Memoriam Luke Perry 1966-2019."

"he took care of us all. an authentic man who took pleasure in offering us his guidance and wisdom. his presence was healing," she wrote on Instagram. "he had the ability to make you feel comfortable and at ease within seconds of seeing him. i will never forget the collective shock and distress we experienced when the news broke on set."

"we lost a dear friend. my heart hurts for his family and anybody who had the pleasure of knowing him. rest in peace, luke," she continued. "although you're no longer around to wrap me in the warmth of your hug, i can still remember what it felt like. whenever i think of you, i will remember that feeling." 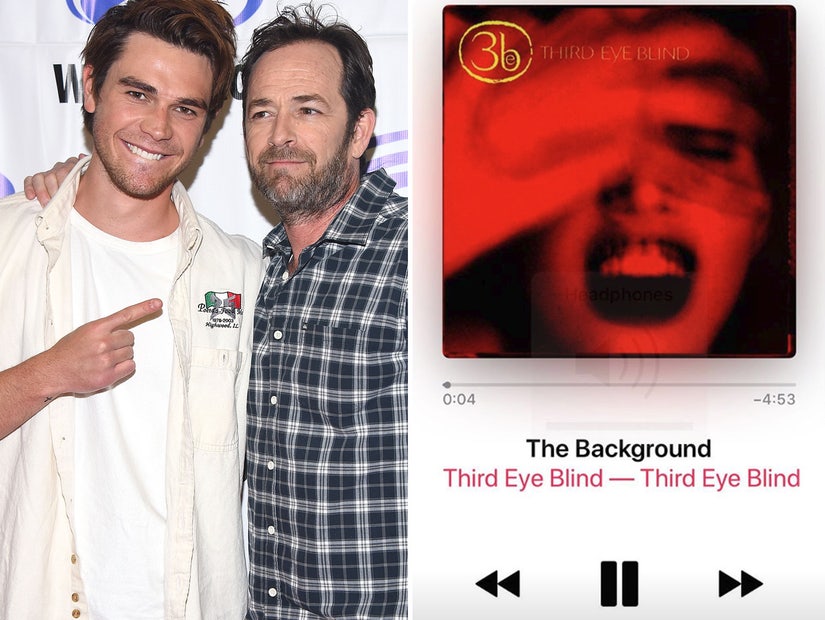 KJ Apa, who stars as Archie Andrews, seemingly referenced Perry's death on his Instagram stories early Thursday morning. He posted a grab of his iTunes player on his phone, playing "The Background" by Third Eye Blind.

The song is all about moving on after losing a loved one, including lyrics like, "Everything is quiet since you're not around, and I live in the numbness now."

I caught up with @colesprouse today to talk about his new film @FiveFeetApart and see how he is doing along with the cast of #Riverdale since the passing of #LukePerry...this is what he had to say...❤️ pic.twitter.com/ObWsGSsj5c

He followed that up Thursday evening with a simple tribute to his on-screen father, sharing an image of Perry beaming as he cascades across the water with waves rippling behind him. "Rest in love bro," Apa captioned the moment.

Cole Sprouse had the daunting task of doing interviews for his movie "Five Feet Apart" on Wednesday, where he was asked about Perry's death.

"We're recovering, yeah," Sprouse said. "It's obviously not the easiest thing to talk about, but he was well-loved, and there's been an outpouring of emotional support from people around the world, which just goes to show what a wonderful person he was and how much he impacted people's lives, and impacted our lives. But I know that his family has requested a sort of privacy during this period and I respect that quite a bit."

Madelaine Petsch, aka Cheryl Blossom, also shared a new tribute on Thursday. "Still in absolute disbelief, you are so deeply missed Luke," she posted on Twitter. "I feel so lucky to have known you."

Her tweet comes after another post earlier in the week where she said she was "so lucky to have known" Perry. "You were such a light in our lives; the most genuine & kind soul I will ever know," she wrote. "From day one of this show you were the most amazing mentor to me. Thank you for teaching me not only about this industry, but also about kindness and being a family and how to foster and nurture those important relationships… you were the absolute best at that. I love you Luke, you and those sweet forehead kisses will forever be missed." 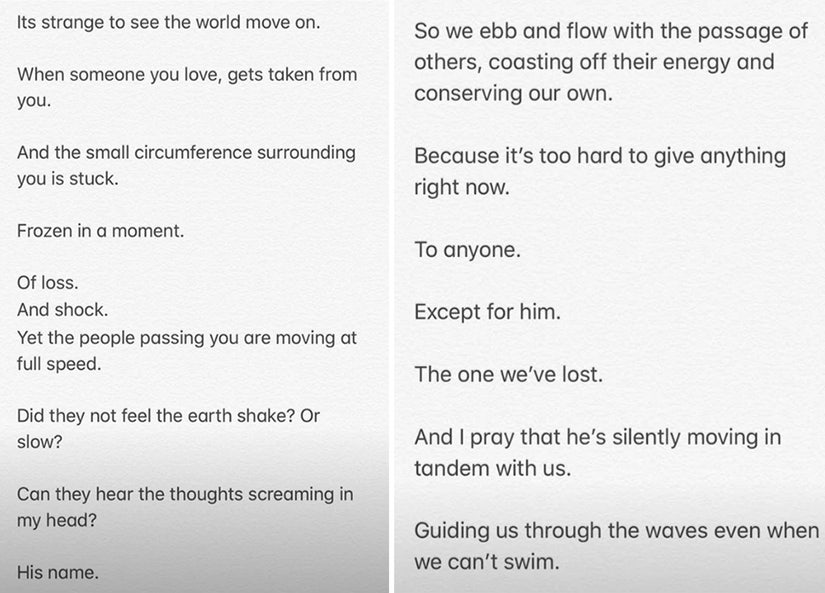 Lili Reinhart posted about the group's loss as well.

"I'm finding it hard to grasp that he will no longer be around to give long hugs and share his wisdom and kindness with all of us," she tweeted. "I'm thinking of his family. His children.I pray for them to heal and find peace in this devastating loss." She later added, "I just can't believe it."

She also went to her Instagram stories to post a poem about the how "strange" it is to watch the "world move on when someone you love gets taken from you."

"And the small circumference surrounding you is stuck," she continued in a series of notes. "Frozen in a moment. Of loss. And shock. Yet the people passing you are moving at full speed. Did they not feel the earth shake? Or slow? Can they hear the thoughts screaming in my head? His name. His face. Memories. Flashes. Of a friend. A lost friend. We always expect the earth to stand still."

See more tributes from the show's cast below:

I'm totally heartbroken. Luke took me under his wing the day I was cast and made me feel like I belonged. He was the most generous, wise soul with unmatched kindness. He treated everyone with love and joy. We had so much fun. Praying for his family.

My heart is broken. I will miss you so much Luke Perry. Sending all my love to your family. ❤️ #LukePerry

So heartbroken about Luke. He was a father, brother, friend, and mentor. Each night before he had to shoot a scene, he'd call me and we'd talk about...everything. I will miss those calls. And my heart goes out to all his family and friends. 💔 pic.twitter.com/2GaFkV2mI7

Going through pictures on my way to set. From the early days. With Luke in the middle. Our heart, always. Tonight's episode of #Riverdale finds Fred doing what he does best--helping Archie. It is dedicated to Luke, as all episodes will be for the rest of our run. 💔❤️🏆 pic.twitter.com/Nx8iCFBoMe