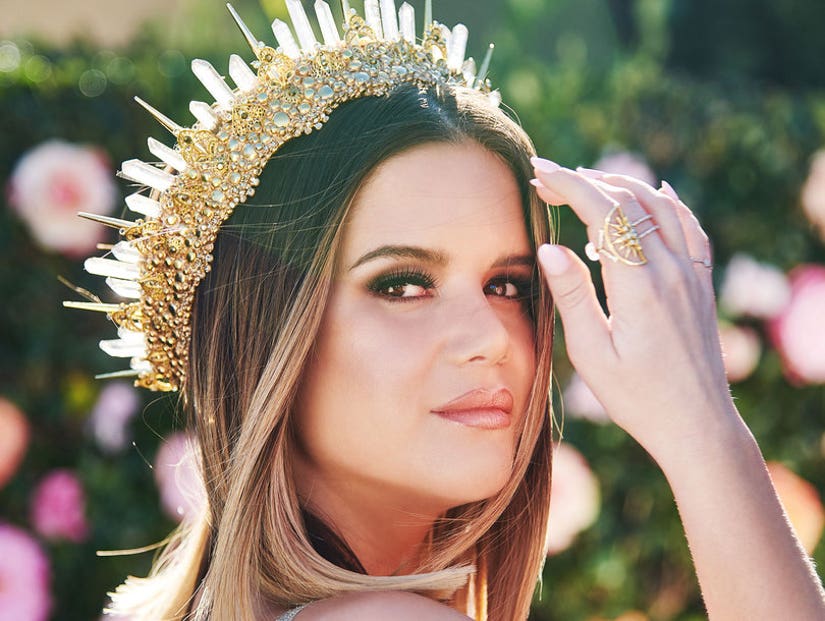 The singer explains her references to Katy Perry and Dixie Chicks and spills on working with husband Ryan Hurd on the album.

It's been four years since Maren Morris' first major single, "My Church," really made us perk up and take notice of the powerhouse singer and she's been playing with her sound ever since.

While hits like her big debut and "I Could Use a Love Song" stayed close to her singer-songwriter roots, the massive dance ear worm that was "The Middle' -- her collaboration with Zedd -- introduced audiences to an entirely new side of her.

She straddles that pop crossover line with perfection on her new album, "GIRL," out Friday, March 7. Featuring collaborations with Brothers Osborne, Brandi Carlile and her own husband, Ryan Hurd, the record is filled with love songs, a few that'll make you move and some of those sit back and have a drink tunes.

Ahead of the album's release, TooFab asked Morris a question or two about our favorite tracks on the album, to learn a little more about the backstory behind them. Here's what we learned!

The album's title track is an empowerment anthem, encouraging others -- especially other women -- to pick themselves up and keep a positive outlook. The theme of women supporting women is something Morris really wanted to get into the record.

"It's incredibly important for women to lift each other up," said Morris. "There are so many outside factors that can affect you negatively, and this song was a really therapeutic way of saying 'it is okay right now to not feel okay.'"

"That's perfectly healthy to say that and there is so much healing that comes when we talk about our mental health and I love that more people are braver at talking about that," she added.

This one comes from both Morris and Hurd, who can also be heard on the song. It's an uptempo love song about finally finding your other half, with lyrics like, "lightning in a bottle doesn't happen twice, the kind of gospel that saves you just in time" and "Most loves don't make it through, but the great ones do."

"We actually wrote this song a couple days after Ryan and I got engaged," Morris revealed. "I just remembered thinking, 'What else would we write about right now?' and we just started thinking about those really eternal loves."

When asked if they feel any added pressure when they write together, she didn't see it that way. "I think it actually helps that we've been working together even longer than we've been in a relationship," explained Morris.

As for when they realized they were each other's "great ones," she added, "We both said 'I love you' for the first time at one of our favorite bars, but we definitely knew early on that this was something special."

This take-no-prisoners track finds Morris addressing her critics, celebrating individuality and vowing not to just "shut up and sing," a reference to the Dixie Chicks' "Not Ready to Make Nice."

"The Dixie Chicks have always been a huge inspiration to me, especially since they're also from Texas," Morris said of the reference. "I really love how they were never afraid to speak their mind. You can't be everyone's cup of tea or everyone's flavor but you can guarantee they are going to remember it."

"I loved all the references we make to taste and really being your own person," she added. "I think it is just about letting your freak flag fly and staying true to yourself."

A Song for Everything

Here's a song everyone can relate to, about how the power of music can help you through highs and lows in life. "For the hits and the misses, fire and rain, close your eyes and listen, because there's a song for everything," she sings on the track, which also celebrates how certain songs can really bring you back.

"I wrote this song with Jimmy Robbins and Laura Veltz, and they came out on the road with me when I was opening for Sam Hunt," Morris explained. "We were talking about our favorite bands in high school and started name dropping all these bands and artists that really influenced us as teenagers."

"For me that was 'Teenage Dream' by Katy Perry, which is one of my favorite pop songs of all time and definitely Coldplay," she said of her favorites. "Just to put them in the song felt like this is my story, these are the people that really influenced me as a kid. It's just a song about the soundtrack to your life and what songs bring you back."

"GIRL" is available now on all streaming platforms.