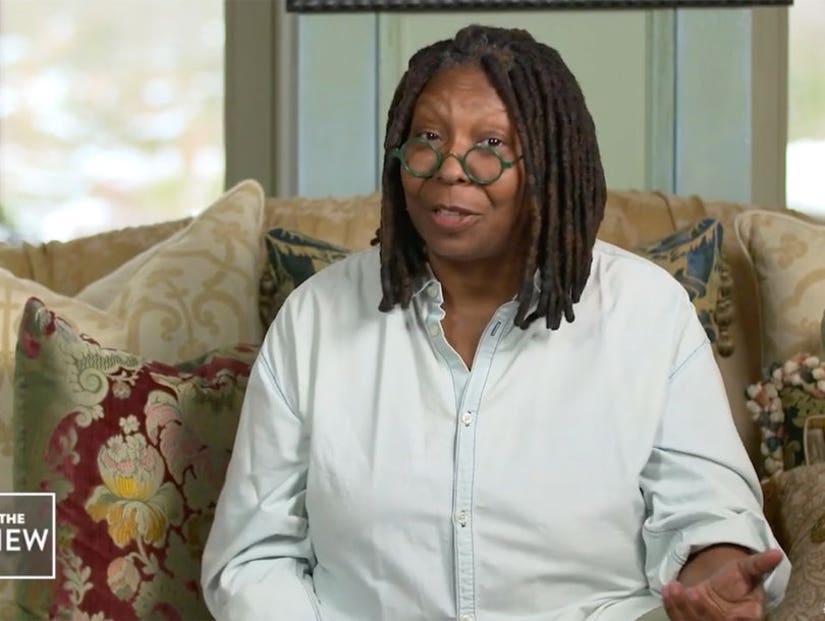 The show's moderator has been absent since February 6, here's why.

Giving an update on her month-long absence from "The View," host Whoopi Goldberg appeared via a video message on Friday to speak to the show's viewers.

The moderator last appeared on the show back on February 6, but has been missing in action ever since.

"Here's what happened: I had pneumonia and I was septic. Phenomena in both lungs, which meant there was fluid, there was all kinds of stuff going on and yes I came very very close to leaving the earth," she continued. "Good news, I didn't."

"Thank you for all of your good wishes, all of the wonderful things that people have been saying, even people that are not like huge fans of mine have actually said nice things about me," she said with a laugh. "We all know that's gonna change when I get back but for right now, it's brilliant. And thank you for everything and ladies, I cannot wait to see y'all. This has been interesting and I'll tell you about it when we're all at the table."

After the message played, her cohosts all reiterated how much they all miss her. 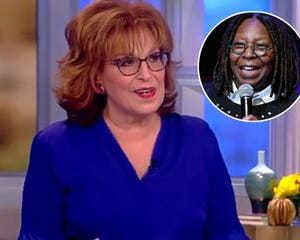 Back in February, Goldberg's cohosts spoke about her prognosis as they reacted to online speculation she was secretly prepping to host the Academy Awards.

"Whoopi's still out, she's not feeling well and there's all these conspiracy theories on the internet that she's not really sick, she's secretly preparing to host the Oscars," Joy Behar said at the time.

"She's actually recovering from pneumonia, it's a serious thing," she then explained. "I don't think she's going to be able to host the Oscars and I'm sure she's very disappointed. She's not even well enough to host this show right now."

Behar added that she had recently connected with Goldberg at the time, adding she's "very funny still" and is "on the mend." 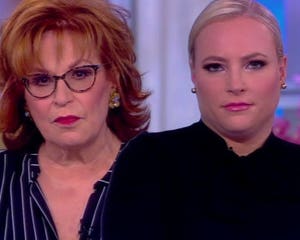 Joy Behar Shuts Down Meghan McCain: 'If You're Going to Have a Hissy Fit, We Can't Continue'