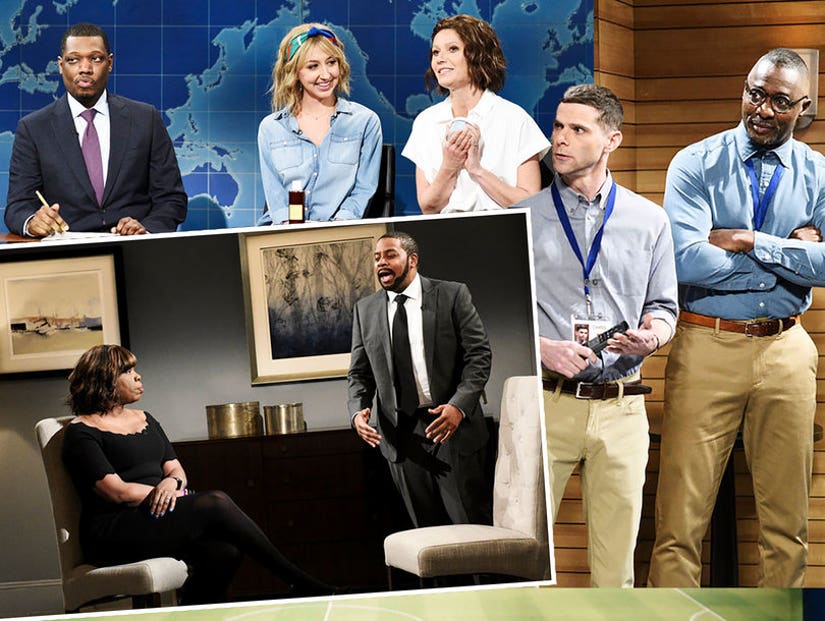 Pete Davidson shares some controversial thoughts about how you can still appreciate the music of R. Kelly and Michael Jackson -- plus, a major dig at the Catholic Church.

A dramatic actor, this show had no reason being as funny as it was. And Idris didn't even go for funny in his monologue. Nevertheless, the writing was top-notch as the episode tackled the ongoing controversies surrounding both R. Kelly and Michael Jackson. 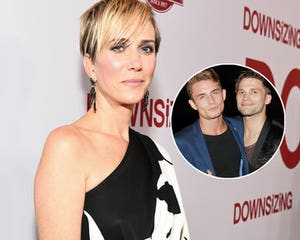 In fact, so big were these stories, we didn't even get the usual political cold open, though we would much rather see Kenan Thompson and Leslie Jones as R. Kelly and Gayle ("Jail") King, respectively.

You can tell when this cast is inspired in their creativity, and this was one of the most inspired weeks of the season, with "Weekend Update" firing on all cylinders and even their most random sketches featuring plenty of moments of genuine laughter. 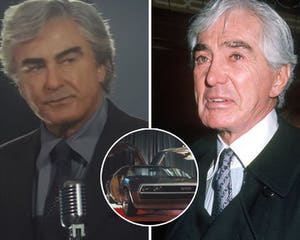 "Before this, the closest thing I did to comedy was 'The Wire,'" Idris said to kick off his night on "SNL," setting the bar for himself very low. He didn't even really bother to be funny in his monologue, save a few so-so jokes here and there. Instead, he just told the story of how he went from a bouncer down the street to booking his first big acting gig on "The Wire." The rest, for Idris, was history. He didn't even mention that he's the reigning "Sexiest Man Alive," which is the kind of thing we'd probably start with when introducing ourselves.

Riffing on those reality shows on Basketball wives, this one poked fun at the WNBA players and their significantly smaller salaries, with Chris Redd, Kenan Thompson and Idris Elba as three guys trying to pick up one of the players in a bar. The ladies got to play it super tall for the sketch, but it was mostly depressing thinking about the comparison in their salaries and "luxuries" compared to their male counterparts.

Beck did a great job of selling a struggling actor really struggling to be happy for his friend, played by Idris Elba, after he lands a big gig on the next big television franchise, but the episode just kind of petered out like they'd run out of time and had to cut it midway through. Either that, or they just never really bothered to write a sharp ending, so they just cut it shorter. Considering it was the last sketch, they may have just gone as long as they could and just snipped it there leaving it feeling totally unfinished. 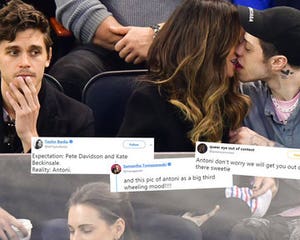 This was an odd one, with Idris Elba portraying an injured soccer player joining the broadcast booth and basically he's a dimwitted imbecile. He's all crass jokes and sex drive. He's like if the id was all that existed, or someone who'd stopped growing emotionally and intellectually in middle school. It had it's funny moments, but was mostly just awkward.

The hook of this bit is that Idris Elba is a magician whose assistant couldn't make it, so Leslie Jones stands in, but she's much taller than his usual helper, leaving the stunts to go wrong. And that's basically the whole joke, she is just way too big for all of his stunts. At leat until the twist ending that makes things much darker. Honestly, the whole bit could have really had more fun with the premise, but it seems like they didn't have the time or conviction to really lean into how ridiculously oversized Leslie could have been for magician's stunts.

It's the game show actors hate, because Twitter is the one who ultimately decides if they can play the role. For example, Will Smith can't possibly play the Williams sisters' father because he's not black ... enough. Basically, Twitter is the worst. This one did not let Twitter off the hook for casting judgment on everyone and everything. Idris Elba thought acting was about becoming someone you're not, but host Kenan Thompson explained, "Not anymore!" Plus, ooooh, veiled James Bond reference. 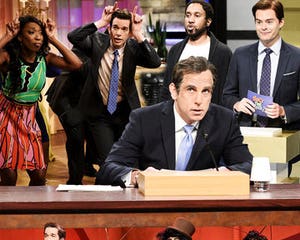 It's tough to be a new cast member, as this short film from Kyle Mooney clearly shows. Kyle portrays Adam Zekeman, complete with prosthetic nose, who struggles to get on the air, finding no one willing to work with him and seeing his small parts cut at the last minute. Honestly, we have a feeling that this was pretty true to life for many new cast members on the show as they jockey to get noticed among the stars and veterans on the cast. It can't be easy, and we've seen so many of them really struggle for a year or two before finding their breakout character or moments. Was this Kyle's story from six years ago?

Instead of turning into a green monster when provoked, Idris Elba turns into "an emboldened white lady" who calls the police at every opportunity. Think of all those white ladies who've gotten nicknames for calling 911 on black people for living their lives. It didn't quite go in that direction, instead just poking fun at entitled white women who think the world is all about them. It still worked this way, as Cecily Strong totally sold the obnoxious "Hulk" persona, making up allegations and calling the police. She even went in on the police later.

Three different pairings from Microsoft showed off their PowerPoint skills, but the two receptionists (Aidy Bryant and Kate McKinnon) had no idea what they were doing. As a premise, that was it. The rest of it came through in execution and the performances of Bryant and McKinnon, which were brilliantly and cluelessly adorable. The presentation itself was hilariously inept, and the sketch so simple it was just perfectly delightful. 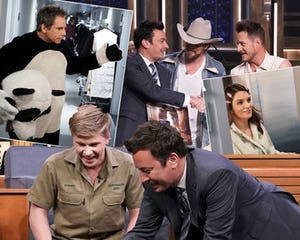 This fake commercial had a killer twist as this chicken fast food franchise has a terrifying mascot that certainly resembles the Momo meme that hit the mainstream in the past couple of weeks, freaking out adults while kids laughed at them And let's just say, Kate McKinnon was almost recognizable and utterly horrifying as the Momo-esque Bok Bok mascot. This one will give us nightmares.

Kenan Thompson took on R. Kelly with a "Trapped in the Closet" inner monologue as he tried to dance his way through Leslie Jones' questions as Gayle King. Leslie flubbed a few lines along the way -- something she's prone to do -- killing the momentum in places, but Thompson did a great job of spinning nonsense and exaggerating Kelly's lack of education: "More than millions! Thousands!" He even masterfully gave Kelly's breakdown, running through all the "clues" he's given in his music. Obviously, "SNL" was going to skewer this interview, but who knew they would capture its wacky essence so flawlessly? 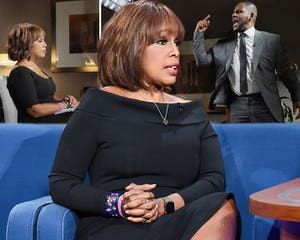 Colin Jost and Michael Che laid into Paul Manafort's light sentence, with Michael having mixed feelings as a black man and as a rich black man. They also took aim at Hillary Clinton not running for the presidency, with Colin comparing it to the "Rocky" franchise.

Heidi Gardner returned as Goop staffer Baskin Johns who gets incredibly freaked out thinking that Gwyneth Paltrow is probably watching her. Heidi plays freaking out very well and got so bad she had to bring out her supervisor, played by none other than Gwyneth herself. "She doesn't believe in firing, remember? It's called conscious unemploying," Gwyneth said to encourage Baskin. Props to her for making fun of herself here, as she basically wound up as inept as Heidi has always played this character.

They then shifted into other news, with Ash Wednesday being called the day white people show their support for 21 Savage (thanks to the crosses on their foreheads). They dug in on the "Leaving Neverland" docuseries with a vicious joke, and poked fun at the Queen's first Instagram post -- but really it was again about the awful people on social media. The audience was really animated through this segment, but the jokes were pretty on fire one after the other as the boys helmed a very strong segment.

Not satisfied to leave "Neverland" in their own segment, Pete Davidson came out to talk about both the Michael Jackson docuseries and the earlier one that's derailed R. Kelly's career. And Pete came out swinging, comparing support of R. Kelly to supporting the Catholic church. He also argued people are so upset because they made great music, whereas it would be easy to dump someone like Macklemore.

And then, Pete dipped briefly into his own relationship with Kate Beckinsale, pointing out people's fascination with the age difference. He said if they had any questions they could ask ... and then he listed off a ton of older male celebrities who'd dated much younger woman and that's what we call a mic drop. Dayum!

Leslie Jones isn't planning a spring wedding; rather she's thinking about her funeral, with such moving details as an open casket displaying her fully nude body set to explode after 90 minutes so it doesn't drag on too long. She ran down the guest list, including Run, Fantasia and Maddie Ziegler, among others. 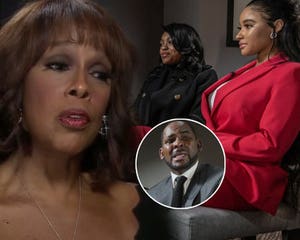 The best performances of the night were easily Kenan Thompson's turn as R. Kelly, Leslie Jones hamming it up as an oversized magician's assistant, Cecily Strong's Impossible Hulk and Kate McKinnon's short-but-creepy transformation into Bok Bok.

But Leslie also held it down -- for the most part -- as Gayle King opposite Kenan and she gave us a hilarious rundown of her dream funeral plans, giving her the edge on a night of fairly balanced representation.

She was so committed to the buffoonery of her assistant character, we're still laughing at her trying to drown in five feet of water. And even though she's becoming a veteran sketch performer, Leslie never shines brighter than when she can be her over-the-top self at the "Update" desk. 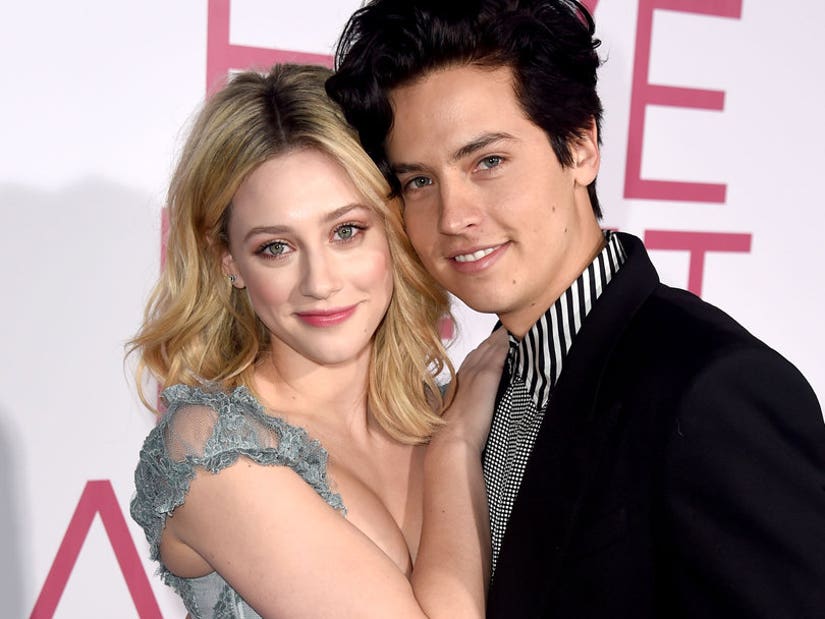