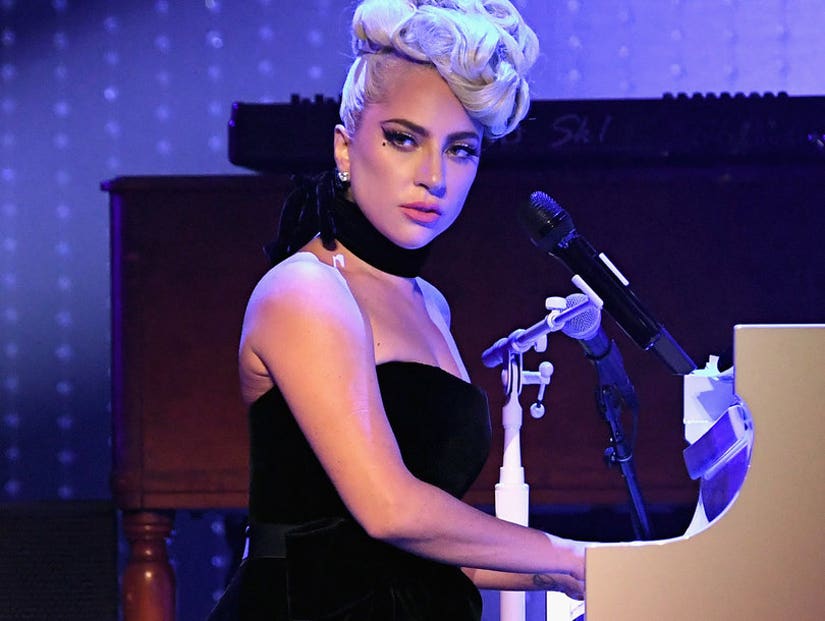 Gaga's Little Monsters are celebrating after the musician responds to rumors she's knocked up.

No, Lady Gaga doesn't have a bun in the oven, but she still has a little baby on the way.

Responding to online rumors she's expecting with child, the recent Oscar-winner sent Twitter into a tailspin on Tuesday night with one short tweet.

The tweet racked up over 260k likes and nearly 70k retweets in a little over 12 hours, as her fandom went wild over the thought of a new album, her sixth.

Around the same time as her tweet, she reportedly started following Rihanna and songwriter/producer BloodPop on social media, leading to speculation she could be collaborating with them on music. Gaga and Rihanna, could you imagine?

BloodPop previously produced or co-produced just about every song on "Joanne," and is known for collaborations with Madonna and Justin Bieber ("Sorry" and "Friends"). The producer also reposted Gaga's tweet.

"Joanne" -- released in 2016 -- was Gaga's last studio album, though she also recorded a number of songs on the soundtrack for "A Star Is Born," released in 2018. For the latter, she picked up an Academy Award for Best Original Song for the song "Shallow."

See how her fans celebrated the update below!

YALL KNOW THIS IS THE BEST NIGHT OF MY LIFE RIGHT??? #LG6 pic.twitter.com/LzrPGWJDWi

The time has come ladies.

one time on twitter i heard lady gaga was pregnant so i got pregnant so we could be pregnant the same time... turns out it was just #LG6

when Lady Gaga throws an online gender reveal party for #LG6 & the gender is announced as "It's a freak bitch baby!" pic.twitter.com/GwvP0ojF1o

the general public are watching lady gaga's every move rn, imagine gaga dropping #LG6 as a surprise album. this is her prime time right now, imagine if she has all the promo ready. i feel something is coming before she goes back to ENIGMA? ✨👀

me after I listen to that Lady Gaga ft. Rihanna song.. #Lg6 pic.twitter.com/dShosttuRf

The best instant meme so far to #LG6 pic.twitter.com/K5Wu76WYkv