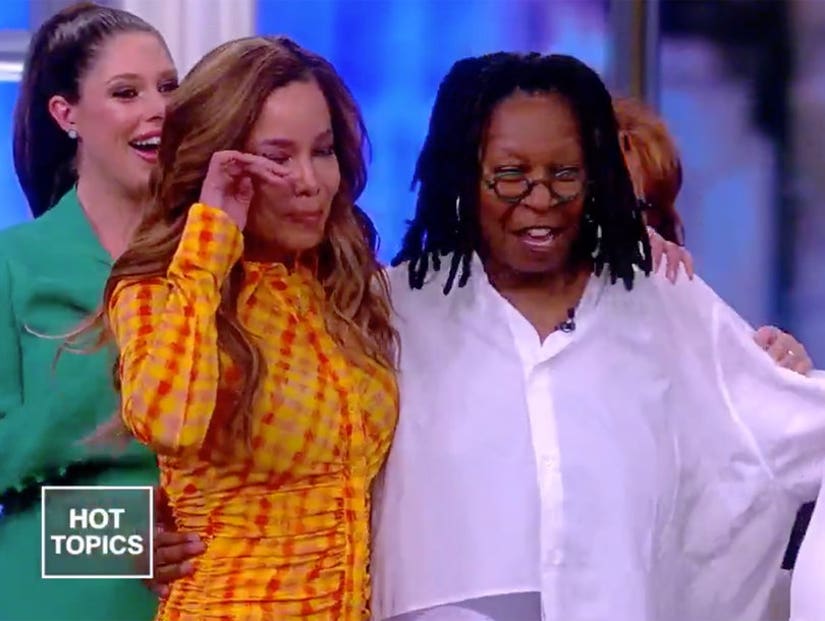 After being out sick with pneumonia for over a month, Goldberg made a triumphant return on Thursday.

It was an emotional morning on "The View," as Whoopi Goldberg finally returned to her seat for the first time since February 6.

The moderator has been MIA after a brutal battle with pneumonia, but surprised everyone -- including her cohosts -- at the top of the show on Thursday.

As Joy Behar said she could be back next week, Goldberg snuck out from the side of the stage and set the audience and her hosts into a frenzy. There were even tears from Sunny Hostin as all the women hugged following her walkout.

"This is my first foray out, I'm not there yet, I know that, but the only way it's gonna get better is if I begin, so this is my beginning," she explained, still coughing. "Over the next week and a half I will start to be here more often. I really kind of missed y'all!"

"I'm the only person who can go into the hospital for thee weeks and put weight on," she joked, before getting more serious in tone. "It was, there's death and here's me. That's how it was. You think that because you've healed quick before that something crazy can't happen, well, it can. Double pneumonia and sepsis. They had to pump a lot of stuff out of me." 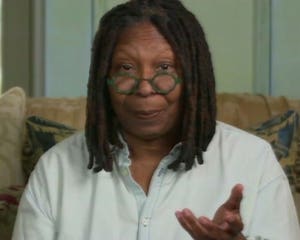 "This is a cautionary tale for all of us, you must take care of yourself because there's little tiny stuff out there that can kill you that you never even think of," Goldberg added, before referencing the death of Kim Porter.

"The scariest moment was hearing my doctor say to me, 'You do realize how close to death you were?'" she went on. "That was like, uh, no, actually I hadn't thought of it. Prognosis is I'm not supposed to be here but I got permission. You need to just be upright and not be around a bunch of folks, because my immune system is challenged. I'm supposed to just like ease back in and I will."

Whoopi didn't stay the whole show, but after speaking about her health with her costars, she said she'd probably be back on Monday.