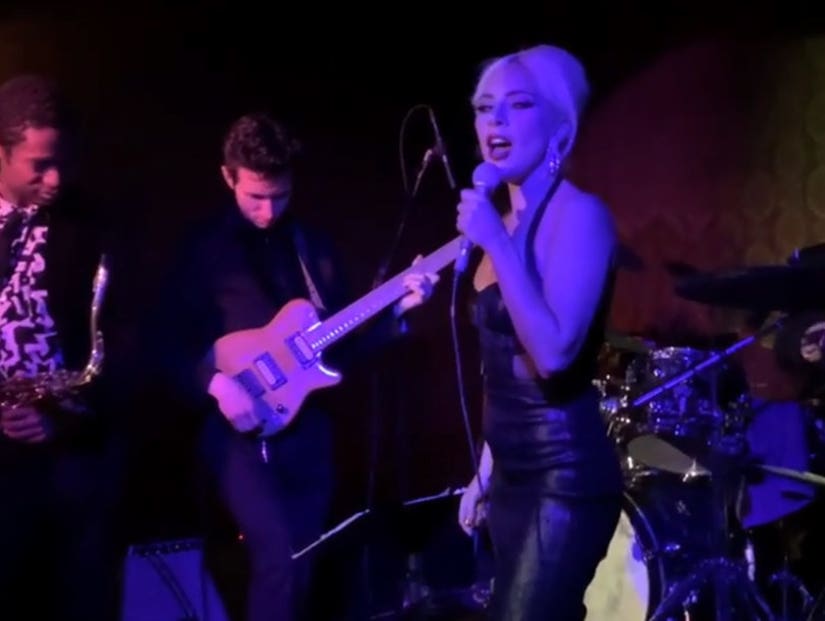 If you weren't already surprised by the fact Fred Durst hosted a weekly jazz night, you certainly would have been by one of his guests on Thursday night.

Lady Gaga stunned patrons at the tiny Black Rabbit Rose cocktail bar in Hollywood when she took to the stage for an impromptu — and of course breathtaking — performance.

Wearing a skin-tight backless leather dress, a matching choker and a plush black fur coat, with her platinum blonde hair piled in a beehive, the Mother Monster looked as good as she sounded. 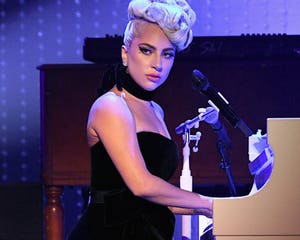 "My whole life, you know, I've been called irresponsible," she told the lucky few crammed into the magic-themed hidden gem. "It doesn't make me so mad because it's kind of true... and I like to hear the truth."

With that, she slid into a bewitching rendition of Frank Sinatra's "Call Me Irresponsible".

Slipping off her coat, the superstar stuck with Ol' Blue Eyes, treating the enchanted crowd then to "Fly Me To The Moon".

According to the club's own Instagram, tagged among those enraptured fans was none other than Jeremy Renner.