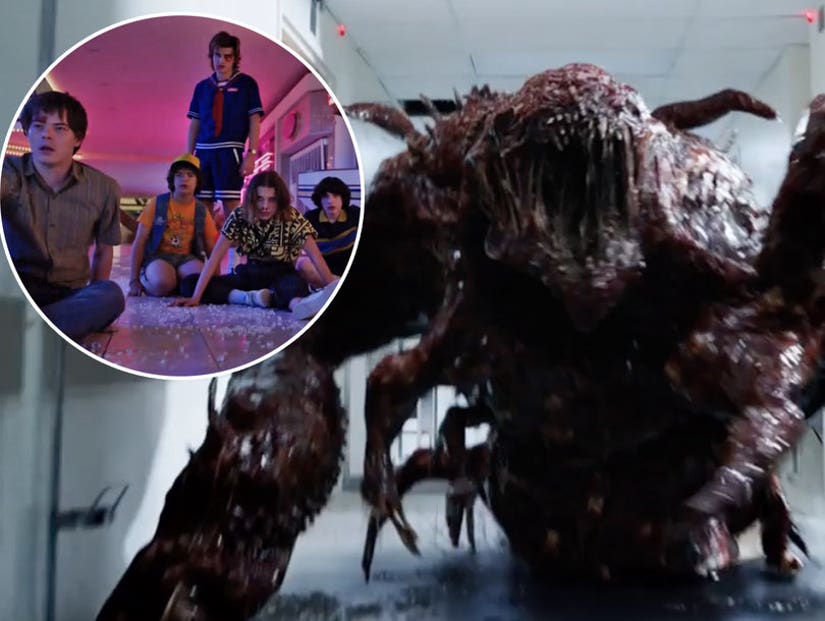 It's been almost 17 months since we last checked in with Eleven, Chief Hopper and the kids of Hawkins, Indiana, but the first footage from "Stranger Things 3" is finally here.

Netflix dropped the trailer for season three on Tuesday morning, giving viewers their best glimpse yet at the episodes to come. And, yep, the monsters are back in town ... and so are Dacre Montgomery's abs.

Until this point, not much was known about the eight new episodes, other than their titles and the fact the show would be set in the summer of 1985. A previous teaser also revealed a new set, the Starcourt Mall, and the addition of Maya Hawke -- Ethan Hawke and Uma Thurman's daughter -- to the cast. She pops up at the end of the footage, mocking Steve's friendship with all the kids.

There was online speculation that the show would be ending after the new season, thanks to some emotional posts on the stars' social media pages at the wrap party. Other rumors suggested the creators, The Duffer Brothers, would be leaving after season three, something Netflix eventually denied on Twitter.

Don't drop your Eggos. Rumors that the Duffer Bros are leaving Stranger Things after season 3 are false. pic.twitter.com/x4kbL9990e