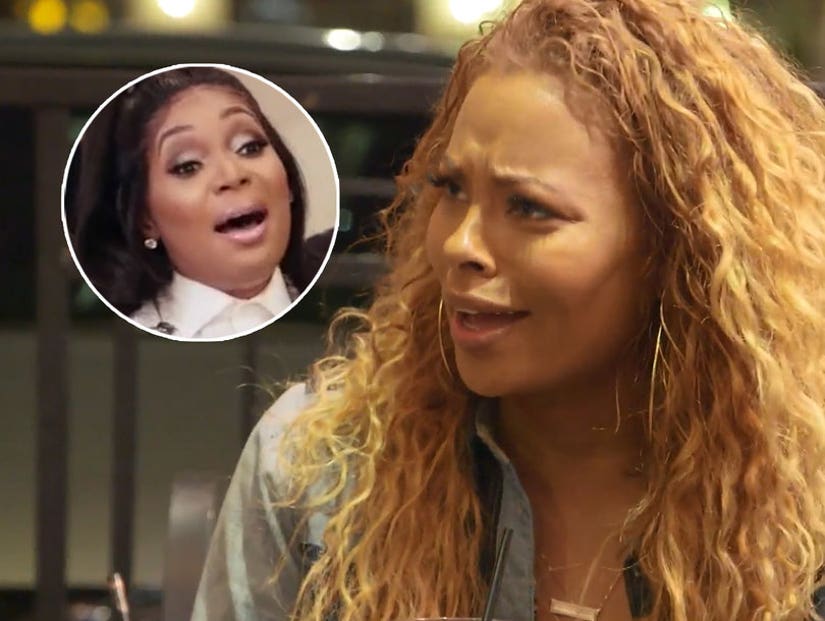 On Sunday's dramatic episode, Eva rips off her mic, gets in her car and peels out of a parking lot while producers chase after her.

Poor Eva Marcille barely got off the plane from her gorgeous Grecian honeymoon when "Real Housewives of Atlanta" drama found her.

Apparently, Eva and one of her bridesmaids, Seannita, had a huge falling out in the days leading up to Eva's wedding. From the footage we saw, it looked like Seannita was the one acting like the bridezilla. 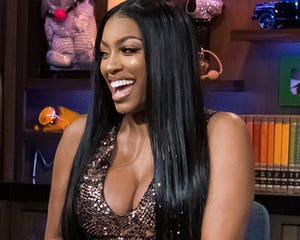 When Eva got back from her honeymoon, she met up with Kandi Burruss and confided in her that Seannita ended up choking out her wedding planner -- at her wedding! Kandi was flabbergasted, as were we.

Eva also told Kandi she and Mike were eager to move out of their townhouse, which they rent, and into a house on some great land that they could then renovate. She said they wanted a temporary place to stay in the meantime, which didn't really make sense to Kandi. "That's a lot of money to spend, though," she warned. "You just spent hundreds of thousands of dollars on your wedding."

Eva then revealed they were looking to move into the temporary place in just two days. Kandi was taken aback but didn't say too much. In the comfort of her confessional, though, she said the whole thing seemed "fishy" to her, which brings us to our next point. 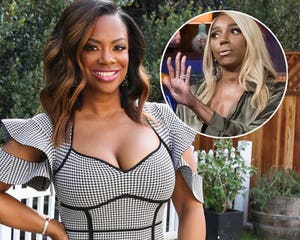 On the other side of town, Marlo Hampton invited NeNe Leakes and Tanya Sam over for girls night. Marlo is the queen of shade, and given her tumultuous past with Eva, she didn't miss the opportunity to tell the girls that Seannita had contacted her after the wedding to spill all kinds of negative tea on her former friend.

Among the claims were that Eva's a "fraud," that her husband's also broke, that her credit is so terrible she has to rent their home in someone else's name, and that they have to move immediately because they're being kicked out. NeNe was legitimately screaming. Tanya's mouth was on the floor.

Marlo then called up Seannita and put her on speaker so she could back up what Marlo was saying. She did, gladly, then added that Eva's car had been repossessed. 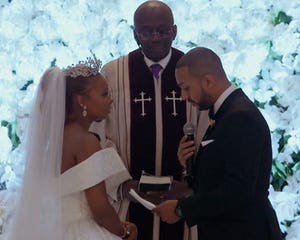 Fast-forward to Kandi's Old Lady Gang II opening. Tanya said hello to Eva and almost immediately pulled her outside. Tanya ended up telling Eva everything Marlo had told her. Eva was visibly hurt but wasn't terribly shocked. She knew immediately who had been spreading the gossip and also knew why they went to Marlo with it.

She went back inside, said hello to NeNe, asked for her purse and stormed out of the restaurant. Producers were seen and heard apologizing to Eva, who had already made up her mind that she was leaving. She ripped off her mic, got in her car and peeled out of the parking lot.

Back inside, NeNe ripped Tanya a new one for telling Eva. She didn't feel it was Tanya's place to fill her in on what Marlo had said, but Tanya begged to differ. NeNe ended up calling Eva and urging her to come back to the restaurant so that she could control her own narrative and address the conversation head on. 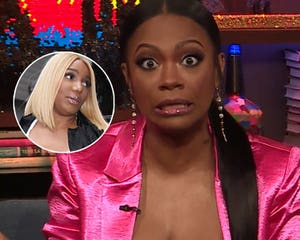 Eva and Mike drove back to the restaurant, where they met up with NeNe in the parking lot. Mike was just as upset. According to both Mike and Eva, Eva's ex -- the father of her first child -- follows her everywhere she goes. He was abusive to her and is a constant threat, so they have to move around constantly and rent out homes under aliases.

With NeNe's guidance, Eva went back inside and explained herself to the ladies. Marlo told Kandi she didn't believe any of it. 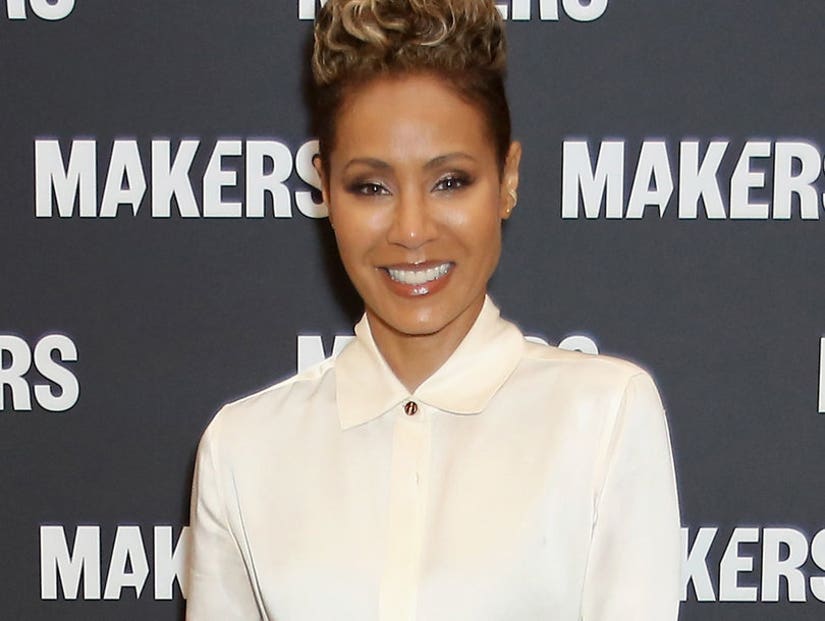